Talk about a head-swiveling knockout. Or a face-contorting knockout. The genuinely frightening KO a young, pre-peak Roy Jones Junior scored over a relative no-name from Uganda, Art Serwano, has been talked about, and re-watched and re-watched ever since it happened a little over 30 years ago.

The dazzling Jones, 23 years of age and soaring up the world middleweight rankings, met Serwano in his second fight of 1992. What Jones did to Serwano in the very first round shocked even hardened fight fans. Jones, as blindingly fast of hand as he was power-packed, landed a sickening overhand bomb of a right hand that landed flush on Serwano’s unguarded temple.

Falling instantly, Serwano’s equilibrium had been blasted into smithereens. As he fell, his leg bent underneath him, Serwano began to twitch and then, as he was laid out flat on his back, Serwano’s face contorted in a truly disturbing manner. It was reminiscent of something out of ‘The Exorcist,’ as Serwano’s eyes rolled back into his head and his mouth stretched wide open. It was indeed X-Rated stuff, and for a while the medics on hand feared the worse.

Thankfully, Serwano regained consciousness and he was okay, even fighting on for a further four years, engaging in seven additional fights. But never, ever had anyone laid such sickening violence on Serwano, and this with a single shot from hell. Jones really was a special, special talent, both prior to and even after his prime years.

The nasty KO Jones delivered on Serwano also serves as a reminder of just how dangerous the sport of boxing is, and of how very, very brave the fighters who climb through the ropes have to be at all times. Jones scored a number of highlight reel KO’s during his magnificent career, and yet although Serwano is no big name, it’s possible Jones was never as frightening as he was when he unleashed his venom inside the Reno-Sparks Convention Centre in “The Biggest Little City In The World” in what was his 17th pro fight.

Which was more impressive when we look back at Jones – his speed, his power, or his accuracy? For years, Jones really was untouchable. 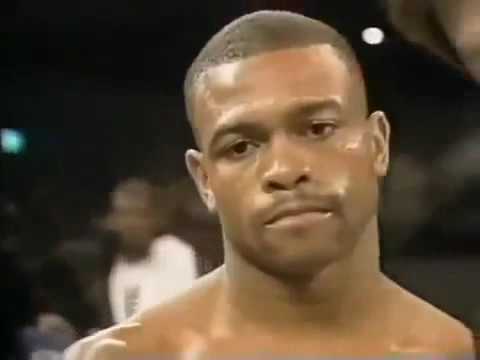