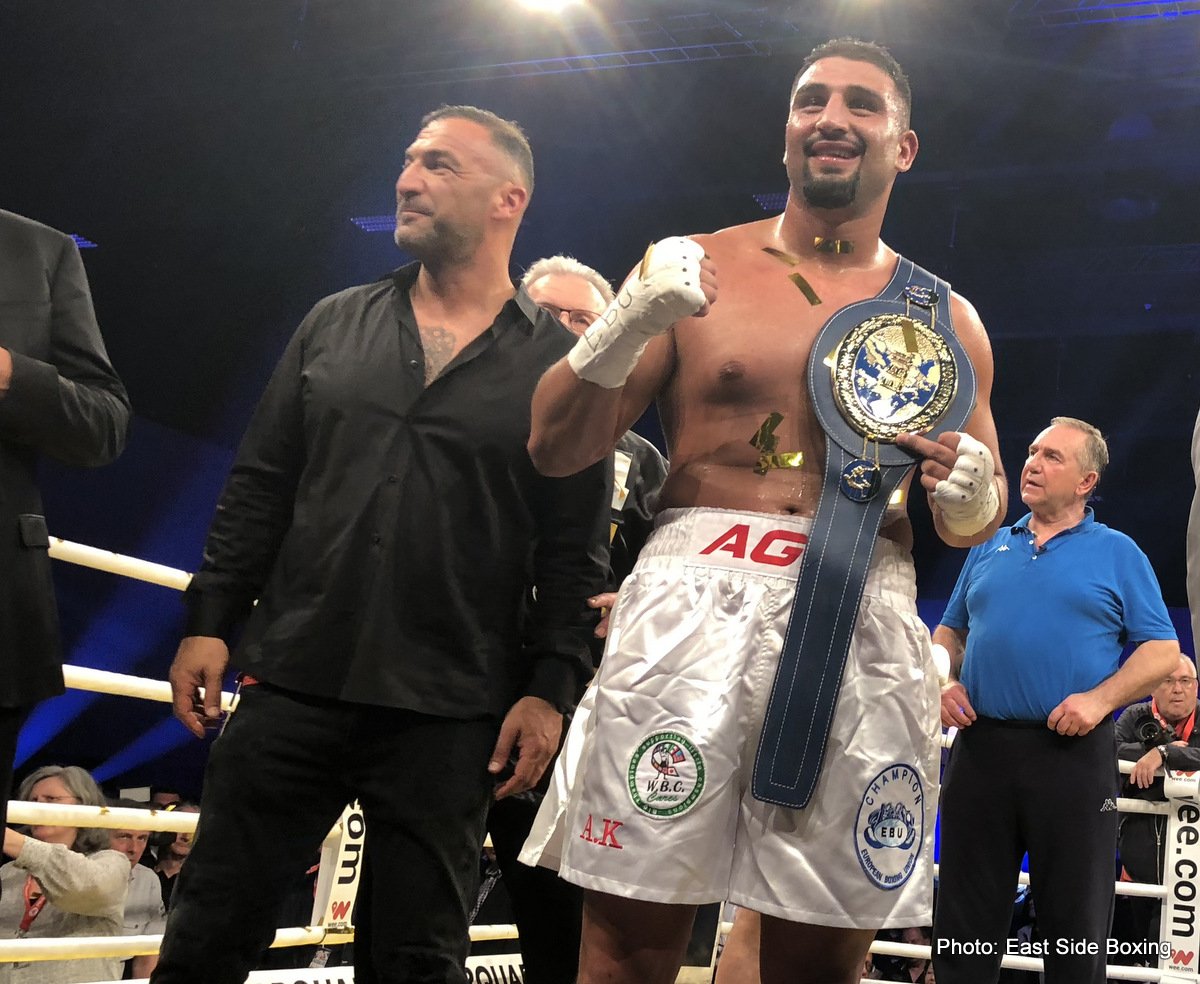 It’s looking far more likely that Tyson Fury will fight unbeaten German contender Agit Kabayel on December 5 in his “homecoming.” At least Kabayel has been offered the fight. Promoter Frank Warren, speaking with Talk Sport, said Kabayel had been sent a contract for the fight and how he must sign it within the next 24 hours.

If Kabayel doesn’t sign, Fury will “move on.” Reports say the two other fighters on the short-list are Simon Kean of Canada and Dempsey McKean of Australia. Kabayel, 20-0(13), is by far the better known, more highly ranked fighter of the three men. But will Kabayel agree to terms? Of course, we are not privy to the details of the contract, but it seems Kabayel would be foolish to turn down such a big opportunity.

“Tyson’s fighting on December 5. We’re giving the guy we wanna fight, which is Kabayel, we’re giving him 24 hours now to sign the contract, or we’re gonna move on,” Warren told Jim White of Talk Sport. “He’s undefeated, and he has a win over Dereck Chisora on his record.”

Kabayel did indeed decision Chisora back in November of 2017, but it’s fair to say the European heavyweight champion did not face a fully turned on and determined Chisora, instead of a go-through-the-motions version of the man we saw give his all against Oleksandr Usyk on Saturday night. Still, it’s a decent enough win Kabayel has on his record. The 28-year-old who stands 6’3” has also beaten Andriy Rudenko, who is, as we know, a pretty good fighter. Kabayel last boxed in July of this year when he decisioned Evgenios Lazaridis to claim the vacant WBA Continental belt.

Fury of course last saw action when he dished out that one-sided beating to Deontay Wilder in their February rematch. Let’s see if Kabayel signs the contract. Unless it’s a terrible offer with poor money, with perhaps additional commitments involved, it seems Kabayel will be putting pen to paper. In truth, however, this is not really a fight to get massively excited about. Then again, nobody thought Otto Wallin would have much success against Fury, only for the Swedish fighter to come within a whisker of upsetting Fury last September.