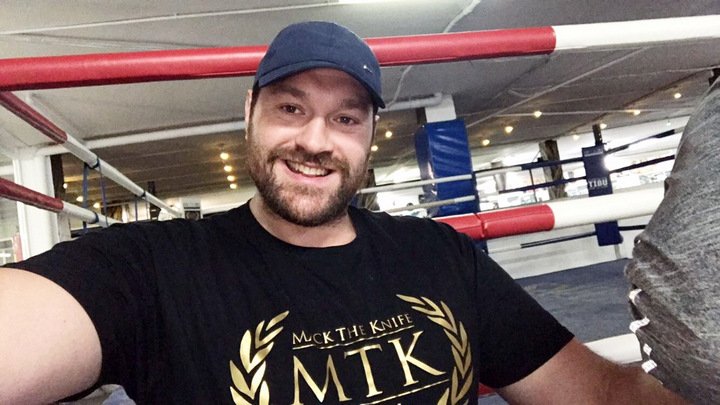 As was expected due to his inactivity and the fact that he has no next bout announced, Tyson Fury has been stripped of the coveted Ring Magazine heavyweight title. Fury had been notified by The Ring how he had until January 31 (yesterday) to officially announce a fight and opponent lest he be stripped. No announcement came, thus Fury has indeed been stripped.

Fury, unbeaten but inactive since way back in November of 2015 when he captured The Ring belt with a huge win over Wladimir Klitschko in Germany, has now also been dropped from the Ring Magazine heavyweight rankings. As for who may fight to claim the now vacant Ring heavyweight championship belt – for many fans THE most prestigious of all current world titles – the editors of “The Bible of Boxing” have stated how the upcoming March 31 fight between Anthony Joshua (the WBA and IBF belt holder) and Joseph Parker (the reigning WBO titlist) will NOT contest the belt.

According to Ring, WBC king Deontay Wilder is considered the second-best heavyweight in the world, therefore, as of now in a basic summing up, until Wilder and number-one ranked (by Ring) Joshua fight, the prestigious belt belt will remain vacant.

Fury, showing class, has actually thanked Ring Magazine, appreciative as he says he is for their patience with him over the past two-and-a-bit years.

“Just like to thank @Ringmagazine for being so patient with me over the last few years. This will be the first time since 1922 that the Ring Magazine will split from the heavyweight lineage. Tyson Fury, always setting precedences,” Fury wrote on social media earlier today.

So, when will the 29 year old former king fight next, and against whom? Can Fury get it all back? We are either in store for one great return to glory, or another example of a potentially great fighter never being the same after a tough battle: Fury’s against depression, alcohol and drugs.

Fans of Fury, of which there are plenty, are hoping it will be the latter.