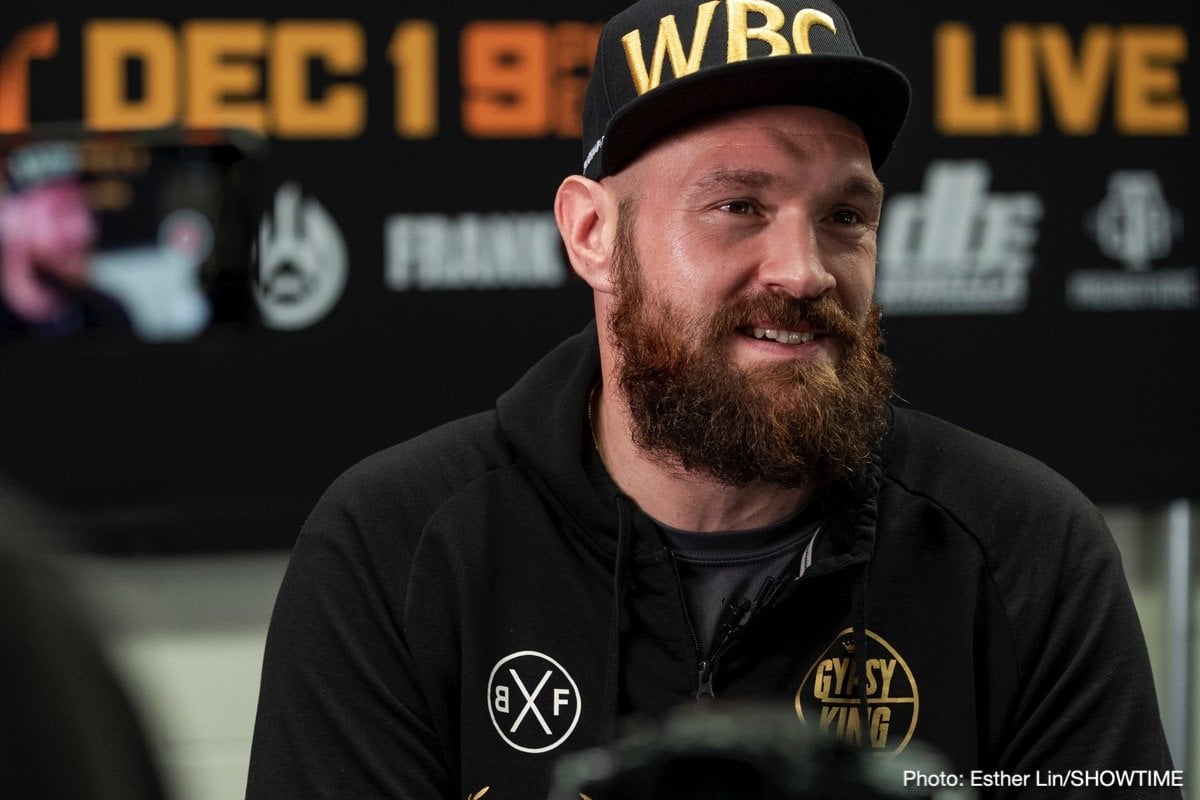 It’s not like Tyson Fury to be brimming full with confidence, is it! Fury, just days away from his big, must-win fight with WBC heavyweight champ Deontay Wilder, is sure enough that he will win he has already laid down the terms he wants, is demanding, for a monstrously big unification fight with Anthony Joshua.

Fury, speaking with his favorite web site IFLTV, said that he must get a 60/40 split in his favor to get it on with Joshua. Fury, angry over the way AJ promoter Eddie Hearn tried to “put a dampener” on the fight between he and Wilder, says he will be THE man at heavyweight after he beats Wilder.

“The only person who kept putting this [fight between me and Wilder] on the dampener was a certain jealous promoter, who is still very jealous and very bitter that he messed up,” Fury said. “Because all they did was let me in the door. I was in the cold. I was nowhere. I was out. I had four fights against bums lined up. I was nowhere. But because they hampered and hesitated, I’m back. I’ve got my foot round the door and now I’m in. Whatever happens in this fight has made it bad for that other person, made it a lot worse. They should have made the fight with Wilder and done the fight. They never had to fight me. Now I’m in the door. I’m going to beat Wilder and now they’ve got nowhere else to go. They better get their running shoes on, because I’m coming for you boys. I’m coming. And you know what I want. You know the deal. I told you the split. And it begins with a big six and a zero – to this man.”

Fans already know Eddie Hearn will never agree to a 60/40 split in Fury’s favor, but one thing is clear: the pressure on Hearn, and on AJ, to fight the winner of this Saturday’s Fury-Wilder fight will be immense. So somehow a deal will have to be made. Hearn has gone on record as saying he feels Wilder will defeat Fury, that Fury is “not ready,” but who knows. It’s a tough fight to pick and the winner will, in the opinion of many, be able to call himself THE man of the division.

And Fury is certain it will be him. I wonder who Joshua will be rooting for?