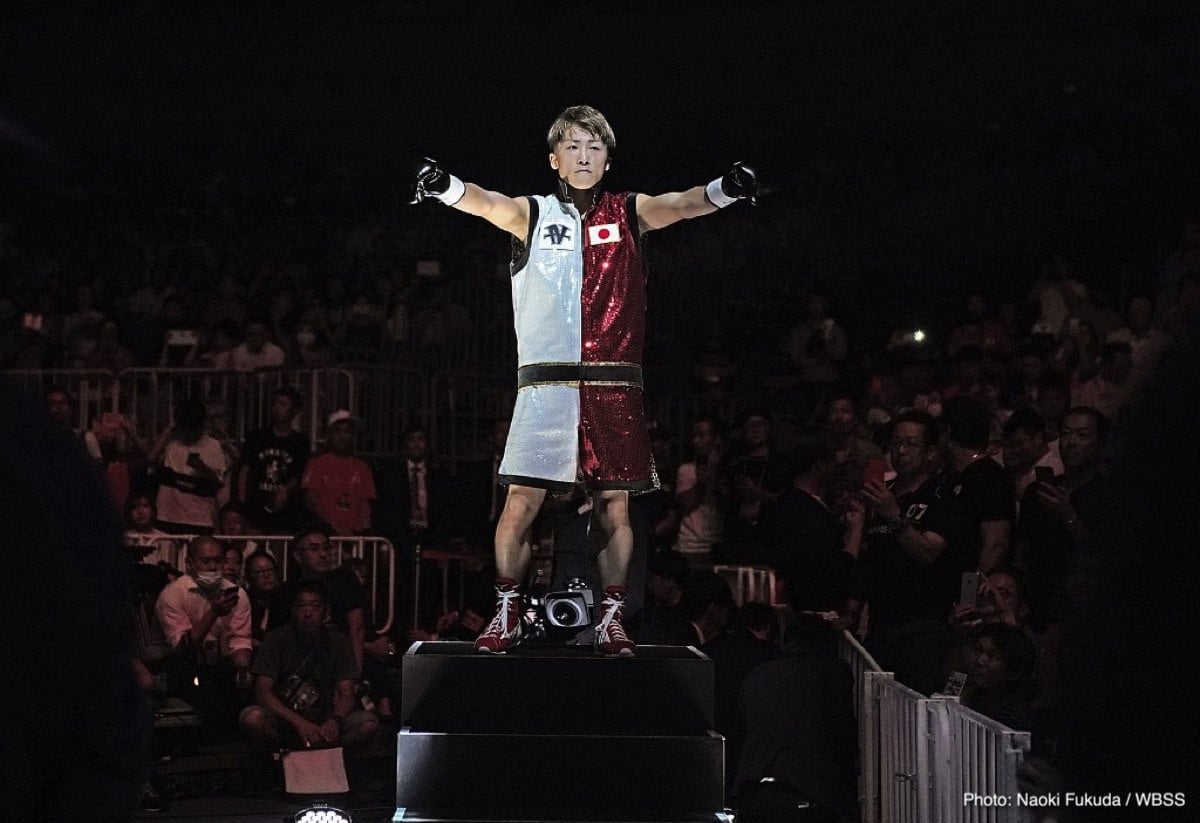 If you haven’t yet seen Japanese star and current WBA bantamweight champion Naoya Inoue fight, then make amends now, and go and watch this lethal master puncher do his stuff. You might pick his most recent fight, his one-round destruction of the previously unstopped Juan Carlos Payano if you want to check out his incredible handiwork. Or maybe you could take a look at Inoue’s equally impressive annihilation of another previously unstopped foe in Jamie McDonnell; yet another first-round KO victim of “The Monster.”

Either way, and whichever fight of the 25 year old’s you wish to marvel at, you cannot fail to, well, marvel at the almost insane punching power Inoue possesses. After just 17 pro bouts (15 of them won by KO), Inoue has won world titles in three different weight divisions and he has wrecked solid, usually sturdy opposition in almost effortless, routine fashion. Now a pound-for-pound entrant on many a list, Inoue is also seen by most as a dead-cert to win the ongoing World Boxing Super Series bantamweight tournament. Indeed, it would take a brave fan to bet against Inoue lifting the trophy.

The accolades are now deservedly coming in for Inoue, the latest of which is his gracing the front cover of “The Bible of Boxing” itself, Ring Magazine. Inoue has made boxing history by becoming the first Japanese boxer to feature as the star on the front cover of the magazine that was first published way back in 1922. Naturally, Inoue is proud as punch over this honour and distinction, yet he has no thoughts whatsoever of laying back and enjoying himself. Inoue is as ambitious and as determined as ever.

Could “The Monster” achieve true greatness in the ring? Having already won belts at light-flyweight, junior-bantamweight and bantamweight, Inoue could conceivably move up to yet another weight class. Certainly, Inoue’s withering power has only gotten more destructive with each additional weight class. Next up for the man who is arguably the single hardest hitter in boxing is a WBSS semi-final against the classy and accomplished Emanuel Rodriguez, 19-0(12). But as good as Rodriguez is, yet another fast Inoue wipe-out cannot be at all ruled out.

In fact, now that the cat is truly out of the bag, fans fully expect, even demand, a chilling KO whenever Inoue in action. “The Monster” is only happy to oblige and send his fans home happy. And Inoue’s fan-base is sure to swell in the coming months. Again, if you haven’t yet seen this sizzling puncher fight, do so right now.