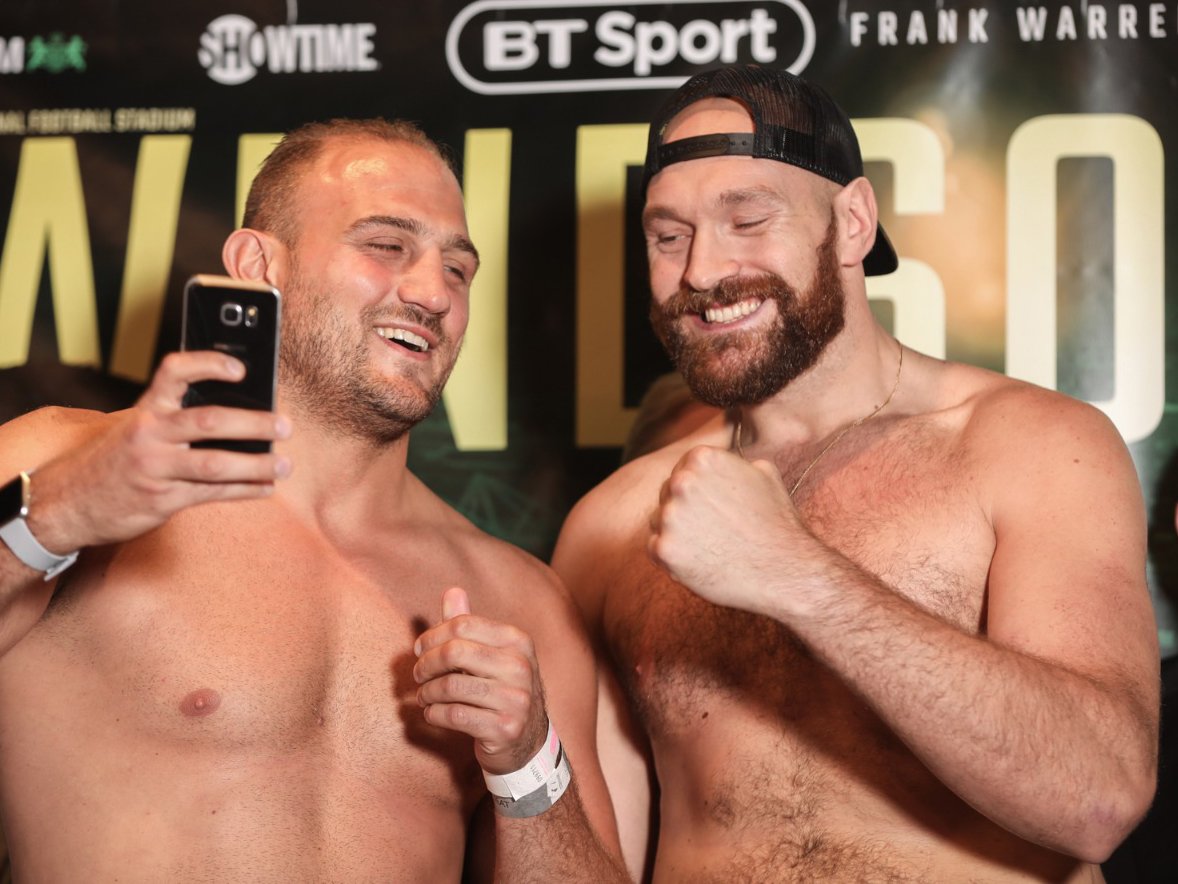 When most fighters face off, insults and sometimes pushes and blows are exchanged. When Tyson Fury does it there are smiles, hugs, selfies and best wishes for his opponent.

Friday’s hotel lobby fracas with Deontay Wilder even seemed well-meaning and conducted in good spirits. You got the sense the pair would genuinely enjoy exchanging views during a prospective pre-fight build-up.

By his own admission, the world lineal heavyweight king has always flouted convention (“I’m different…”) but now seems to be doing so driven not by contrarianism but by a simplistic goal: making the world a better place. Torn-up rulebooks are collateral damage.

The act of fighting – by its nature – is destructive. Selling the spectacle of that impending destruction is, historically, primarily reliant on presenting an element of ‘bad blood’ during the build-up. Often, combatants launch tirades of physical threats – sometimes as much to open up new heights of aggression in their own minds as much as to intimidate a rival.

If he ever felt the need to or not, Fury doesn’t need to sell anything now. The cameras will follow him, the journalists will write about him and the whole world will want to watch him box regardless. There is no reason for him to act or speak disingenuously.

At the weigh-in for his comeback fight, Fury picked up his comeback opponent Sefer Seferi as if the Albanian was a damsel in distress. After some playful groping of Pianeta at their opening press conference, there were laughs and handshakes all round.

Fury said: “It’s the Tyson Fury show. People know what they’re going to get when they come to one of these things and they like it.

“If I’m coming back and setting an example, being a role model, then there’s no need for all the animosity between fighters. I believe that nowadays you can put on a good fight without wanting to kill each other.

“I hope he goes home to his family lovely and safe. That’s just the man I am. I don’t wish harm on anybody. I’ve got no enemies and I don’t hate anybody.

It’s nigh-on certain there will always be a place for the pantomime of genuine ill-feeling between fighters at press conferences and weigh-ins. Now Fury is a flag-bearer for an alternative, more light-hearted and humorous approach, though.

Perhaps we’ll see a change if and when he faces a man like Wilder – a fight which would likely take place on away turf against a formidable opponent who speaks English at a similar rate of knots to ‘The Gypsy King’.

For now, however, Fury is almost like a congenial host making his opponents feel welcome and at ease before serving up cold boxing lessons for dessert.

Tyson Fury has told the remarkable story of his encounter with a severely depressed man at a hotel in Belfast on Wednesday.

Fury is in the city to face Francesco Pianeta on a colossal card at Windsor Park on Saturday night but far from locking himself away in preparation, the lineal world heavyweight champion has spent hours talking with strangers and granting countless photo requests.

An increasingly significant advocate of mental health awareness, Fury has revealed he drew on the experience of his own struggle with depression to help a man who approached him as he sat with his team in his hotel.

Fury said: “I had a fellow in here yesterday who was on the verge of committing suicide. He said he needed to speak to me urgently. He left happily and contented after a little 20-minute conversation.

“This guy was really edgy. He had a black eye and a big bag and I thought he was going to try something. He said he couldn’t talk to me in public and needed to speak to me on his own. I said: ‘No worries. Let’s go round here. I need to speak to you anyway.’

“It makes me feel great. It’s not that I want a pat on the back or anything but I know I can help people with my experiences. If I can come back then anybody can.

“Helping people is worth more than money and achievements. You’re doing good. You’re giving someone information and there’s no charge. I don’t gain anything from giving time to a random stranger but I take passion from it.

“I can talk about it because I’ve been through it. There are people who’ve studied it and never experienced it and they don’t really know the truth behind it. I’ve been there. Low. High. Down and out. And I’ve come back.

“I want to give my knowledge to other people so they don’t go through the bad things I did. Myself and my Dad always thought there was something bigger than boxing for me. Maybe it’s a calling.

“I didn’t come back to boxing for financial gain. I came back because I felt an emptiness and felt I wasn’t fulfilled. It’s not about winning more belts. There’s got to be something else and I think it’s this – helping others who suffer from depression, mental health problems and all that goes with it.

“I will continue to help as many people as I can while I can. It’s a great feeling.”

All the action will be broadcast live on BT Sport this Saturday night from 7.45pm