The tactical showdown saw both Harrison (28-3-1, 21 KOs) and Perrella (17-3-1, 14 KOs) have strong moments early. Harrison found a place for his right hand in the second round, connecting with multiple power shots that created a welt under Perrella’s left eye. Perrella bounced back strongly in round three with a flurry of activity and accurate combinations that appeared to hinder Harrison’s aggressiveness. 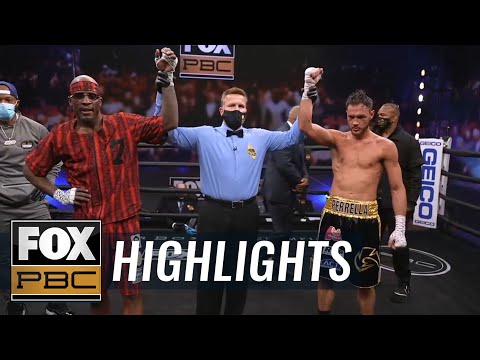 While Harrison had success with a consistent jab, Perrella was just as consistent countering with his right hands and never allowing his hard-hitting opponent to put him in danger. Moving up in weight and debuting with new trainer Roy Jones Jr., Perrella was able to finish the fight strong after losing his previous outing by being stopped in the final moments of the last round.

“I felt strong and my stamina was good all fight,” said Perrella. “I had to be smart in there with a guy like Tony Harrison. He has a real good jab and a good reach and he can pop as well. I knew I couldn’t do anything stupid. He’s got so much experience and it was my first fight at 154 pounds. It was great to mix it up with one of the big dogs in the division.”

Harrison was returning to the ring for the first time since his father and trainer Ali Salaam passed away one year ago. With his brother LJ in his corner, Harrison showed off his typical boxing skills behind the jab and a strong right hand that connected with Perrella and was perhaps his best weapon.

“It was good to be back in there and having fun,” said Harrison. “He was craftier than I thought he’d be. A lot of shots he threw didn’t have much on them, and I probably got caught pulling back a couple times. Overall after 16 months I thought I did okay. I was in there with a clear head and I was staying on my feet between rounds, so I know my body is still in great shape.”

According to CompuBox, it was Perrella’s activity against Harrison’s accuracy and power. Perrella held advantages in punches thrown (692-453) and punches landed (150-138), while Harrison earned the edge in accuracy, connecting on 30.5% of his shots compared to 21.7% from Perrella. Harrison also out-jabbed Perrella at a 60 to 32 clip.

“The judges do their job, I’m not disappointed in their decision,” said Harrison. “I just have to ask myself what I needed to do more of and what I could have done better at. I’ll know more about how I did after I look at it again. I probably could have let my hands go a little more. I gave him a couple of momentum rounds where he felt like he was doing better than he really was.”

“I thought I did enough to win,” said Perrella. “In the first half of the fight I had him rocked and had him hurt several times. He’s real crafty and he’s a veteran. I’m just getting my feet wet at 154, but it was good to get this first fight with Roy out of the way. It’s going to get even better next time out.” 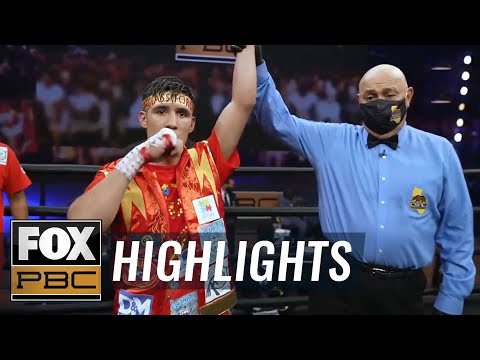 Araujo established his intention to stalk Juarez from the outset, and Juarez was more than willing to comply, peppering his opponent with power punches early and often. Juarez was also able to utilize a strong attack to the body that paid dividends as he looked fresher and more active in the later rounds.

“My coaches preach to me to stay calm in the ring and we practice that all the time,” said Juarez. “I know how to keep my composure and that’s the key to my success. I felt like I was more comfortable tonight. I’m just going to keep getting better fight after fight.”

Juarez was able to offset the hard-charging Araujo with smart movement throughout. Araujo kept the pressure up round after round however, closing the distance and looking to land punches from awkward angles to disrupt Juarez.

Juarez went past eight rounds for the first time in this fight, and held a 226 to 142 edge in punches landed, including 68 to 37 in body punches landed. Araujo’s aggression was reflected in the stats as well, as he threw 779 punches to Juarez’s 633.

Juarez punctuated his performance with an onslaught of five-straight hooks to the body in the final frame. After 10 rounds, all three judges scored the fight in Juarez’s favor with scores of 98-92 and 99-91 twice.

“I feel like I could have gone 10 more rounds,” said Juarez. “I’m going to take a week off then get right back to the gym. I’m going to train with my good friend Mario Barrios for the next month and a half.”

In the opening bout of the telecast, Philadelphia’s James Martin (7-2) scored a majority decision victory over previously unbeaten prospect Vito Mielnicki Jr. (8-1, 5 KOs) after their eight round welterweight duel. 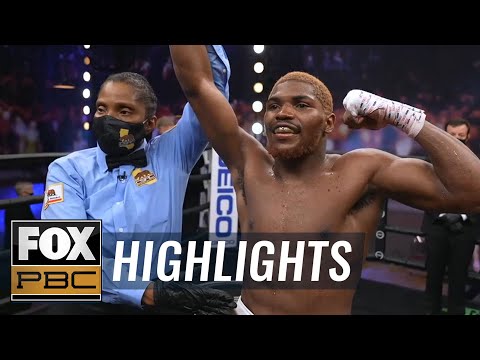 Martin established his high-paced offense early, throwing multiple jabs to get inside on the counter-punching Mielnicki. In round two, Martin turned counter puncher and landed a left hook that bloodied the nose of Mielnicki.

Although Mielnicki continued to deal with blood coming from his nose, he began to establish his offense across the following rounds, finding success with hooks to the body to punctuate his combinations. Mielnicki found moments where he temporarily stunned Martin, including a strong left uppercut in round four, but was unable to seriously hurt his opponent.

Martin appeared to turn the fight back in his favor with a big round seven, significantly slowing down the attack of Mielnicki with numerous power shots landed to the head. After another close round in the eighth and final frame, Martin had done enough to claim the victory by a majority decision with scores of 76-76, 79-73 and 77-75.

Martin held a 148 to 88 advantage in total punches landed, with both fighters landed 24% of their shots. After the fight, Mielnicki vowed to return saying, “I’ll be back,” while Martin saw his work in training camp pay off in the fight.

“I worked hard for this fight,” said Martin. “I was working all camp on pressuring, going forward and throwing a lot of punches. At first I thought he would be taller than me, but I felt like we were the same height in there. So I just stayed on my boxing. I watched tape on him so I wasn’t surprised by anything he brought to the ring. I made sure I kept popping the jab, working hard and adding points rounds by round.”

Trained by renowned coach Ronnie Shields, Apochi broke through in round two, stunning Nicholson with an uppercut before putting him down for the first time in his career with a combination later in the round. 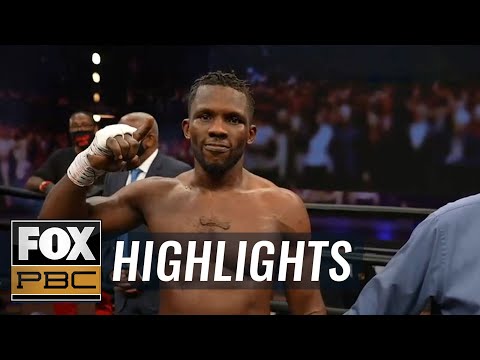 While Nicholson was able to make it through the round, he came out in round three on wobbly legs and was dropped again by Apochi, prompting referee Jerry Cantu to waive off the bout 1:12 into the round.

“After the first round I said to Ronnie Shields that he’s going to quit,” said Apochi. “Ronnie said, ‘make him quit.’ I saw it in his eyes. When I punched him, I saw his eyes going in and out. He’s a tough guy, but toughness will get you hurt.

“Ronnie says that if I listen to him, I’ll become champion. When a master of the sport like Ronnie Shields is telling you that you have something special, you have to accept it and take it and use it. I’m here for the title. Bring it on. I want the strap.”

Additional action on FS1 saw Chávez “The Beast” Barrientes (5-0, 4 KOs) earn a TKO victory over Luis Valdes (7-8-1, 2 KOs) after one round of their super bantamweight battle.

The first round featured strong back-and-forth action that included Barrientes breaking through with numerous right hands to the side of Valdes’ head. After the round was over, Valdes complained of pain in the side of his head and his corner stopped the fight between rounds, giving Barrientes the victory.