Martin, 29, knocked Teofimo down in the second round with a right hook and then had another knockdown taken away by the referee in the seventh when he dropped Teo again. Sandor outboxed Teofimo the entire fight and appeared to be the clear winner. 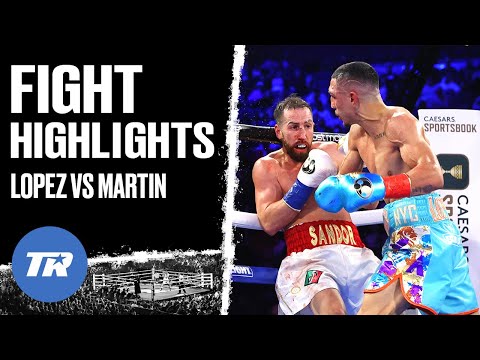 Heavyweight prospect Jared Anderson (13-0, 13 KOs) destroyed Jerry Forrest (26-5-2, 20 KOs) by a second round referee stoppage. Anderson threw 114 punches in the first round while trying to get a knockout. Surprisingly, the referee allowed the fight to continue.

In the second round, the 23-year-old Anderson continued to tee off on Anderson, resulting in the referee stepping in and halting the fight. The time of the stoppage was at 1:34 of round two. After the fight, Anderson called out Dillian Whyte, Daniel Dubois, and Filip Hrgovic. 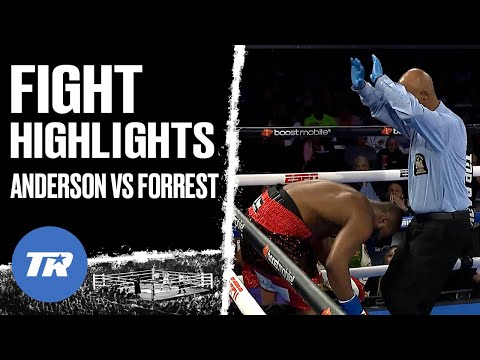 In a flawed performance, junior middleweight prospect Xander Zayas (15-0, 10 KOs) showed he’s not ready to progress to the next level in laboring to an eight round unanimous decision over Alexis Salazar (25-5, 10 KOs) in an eight-rounder. Zayas, 20, was getting hit with left hooks all night. Can you say bust?

Lightweight contender Keyshawn Davis (7-0, 5 KOs) beat Juan Carlos Burgos (35-7-3, 21 KOs) by an eight round unanimous decision. Although Davis won in a one-sided manner, he was hit with some big shots from Burgos, particularly in the seventh round when he went for broke attempting to score a knockout.

Burgos landed some monstrous shots that made Davis change his mind about trying to get the knockout. The scores were 80-72, 80-72, and 80-72. 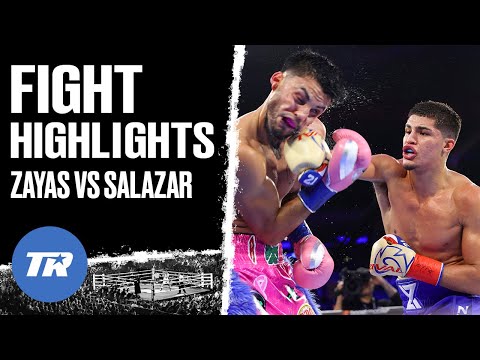 In a devasting performance, unbeaten heavyweight Damian Knyba (10-0, 6 KOs) smashed Emilio Salas (7-4-1, 3 KOs), stopping him in the second round. The bout was halted at 1:50 of the second round. 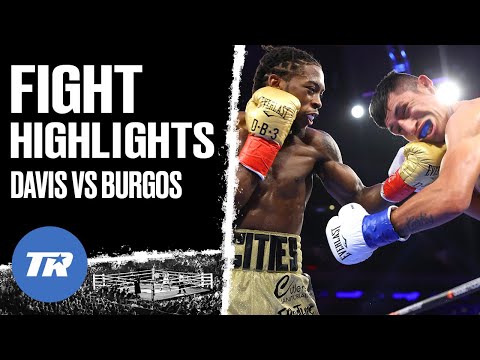 Preview: Assuming everything goes well for the 25-year-old Teofimo Lopez, his next fight will be for a world title against WBO light welterweight champion Josh Taylor.

“Now I’m staying in the gym after my fights,” said Teofimo Lopez to Max On Boxing. “I did that after the Pedro Campa fight, and I believe everyone is going to see a much more spectacular and entertaining fighter in Teofimo Lopez.

“I’ve learned from these great champions. I don’t have any ego or pride towards them.”

The next great American heavyweight

“This guy is the best American prospect since at least Deontay Wilder.”

“No doubt about it. He’s a small man trapped in a big man’s body, in terms of the way he approaches [his fights],” said Andre Ward about Jared Anderson.

“He throws three, four, and five-punch combinations. Defensively, he moves and acts like a small man. He’s been in the gym. You see his body tightening up more and more. You see a six-pack now, whereas before, he was trying to figure it out.

“The more professional he is outside the ring, the more dangerous he’ll be inside. He won’t have any problems with Jerry Forrest come Saturday night.”

“Jared Anderson can control every aspect of that ring, and he’ll tell you,” said Tim Bradley. “He’ll look at the crowd and say, ‘One more round. That’s all it’s going to take.’ Fantastic fighter. I think he’s going to be the future of the heavyweight champions. No doubt about it.”

“[Anderson will win a world title] When Tyson Fury eventually sails off,” said Max Kellerman. “Jared Anderson might be next. Tyson Fury has been impressed with him because he’s had him in camp.

“He didn’t get run out of camp, that’s for sure,” said Ward about Anderson working with Fury as a sparring partner.