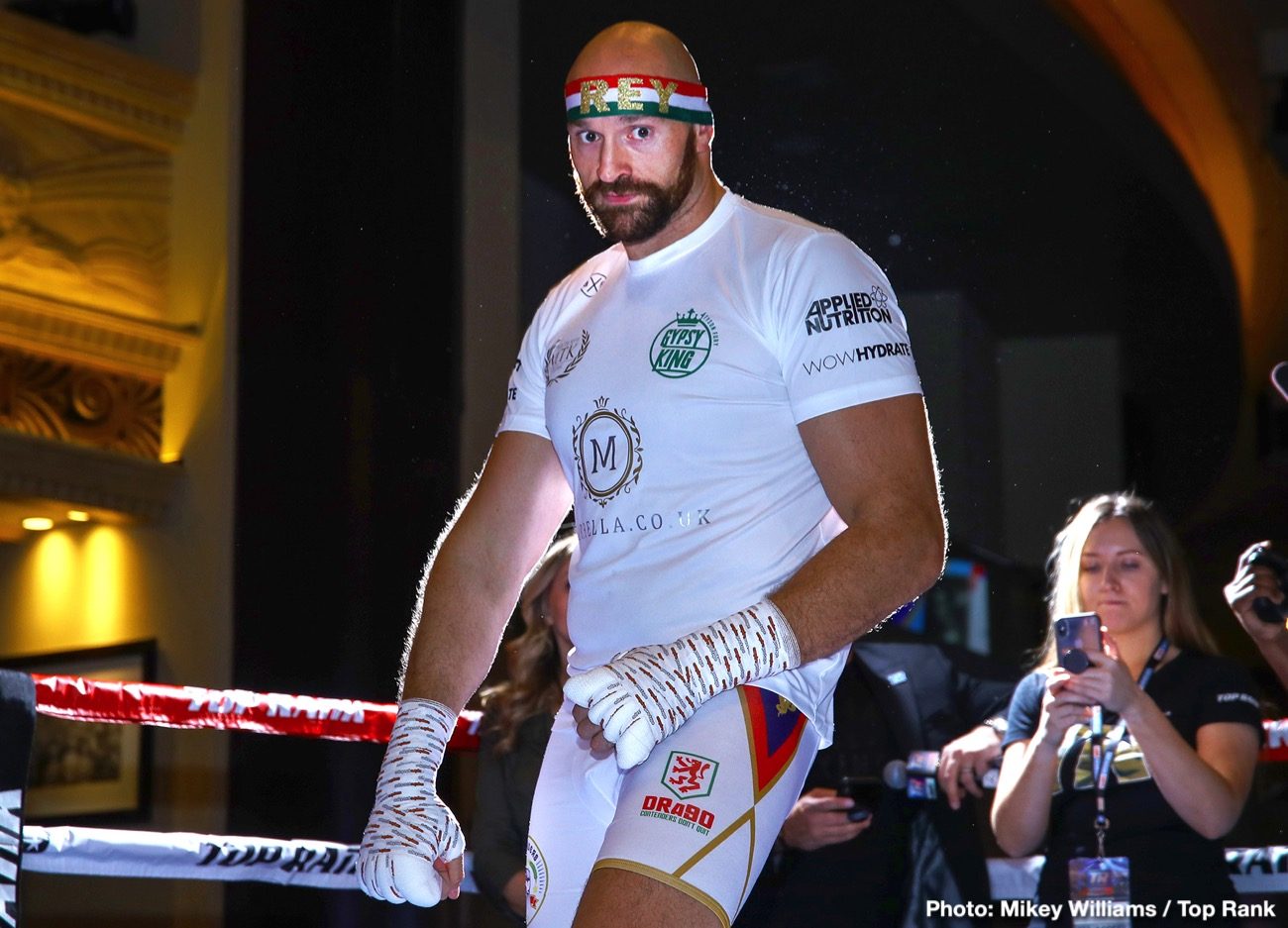 This upcoming weekend is normally reserved for Canelo Alvarez as part of a celebration for Mexican Independence. Golden Boy Promotions and DAZN we’re amazingly unable to secure an opponent for Canelo in September, instead Alvarez will fight Sergey Kovalev in November. This article will preview the returns of Tyson Fury, Devin Haney, Ryan Garcia and a solid championship bout between Heather Hardy and Amanda Serrano.

Let’s begin with Tyson Fury headlining for the second time in 3 months at the T-Mobile arena in Las Vegas, Nevada. In June, Fury made quick work of an unknown German heavyweight Tom Schwartz at the MGM Grand Garden. On Saturday he will have a relatively easy night versus yet another mysterious boxer from Europe, this time Sweden, Otto Wallin. Wallin is tall and inexperienced to say the least eerily similar to Schwartz. Let’s hope for the viewing audience this fight goes longer and we actually get some two-way action while it lasts.

At the end of the day both of these showcases were to help grow Fury’s brand in America. The reality is the only thing really helping boost Tyson’s profile is the whirlwind of interviews the self proclaimed ‘Gypsy King’ has been doing. The outcome on Saturday night will probably come down to if Tyson carries Otto for a few extra rounds or decides to get him out ASAP.

My Official Prediction is Tyson Fury by mid-round stoppage.

Undefeated lightweight Devin Haney takes on Zaur Abdullaev for an interim WBC 135-pound trinket. Haney hopes to become the mandatory challenger to newly-crowned WBC champ Vasiliy Lomachenko. Haney has been moved at a fairly steady pace on his way from prospect to becoming a full-fledged contender on the brink of a championship opportunity. Haney turned professional at age 17 and needed some time to hone his skills. Now almost 4 years later, ‘The Dream’ seems poised to make a splash on the world scene.

Devin’s punching power is really the only knock on him thus far but don’t tell that to Haney’s last opponent Antonio Moran, who Haney put on ice in spectacular fashion. The man that will be standing across the ring from Devin on Friday night will be (11-0) Zaur Abdullaev fighting out of Russia. Hank Lundy is the best name on Zaur’s limited resume but judging by some available footage online Haney might get tested at least to an extent. Abdullaev has good fundamentals from the mid-range and can work on the inside to the body.

All and all this podcaster believes Haney will have to apply his trade patiently in the opening rounds only to sharp shoot his way to a clean victory. As the rounds pile up so will the points on the judge’s scorecards for Haney. Abdullaev is too much of a stationary target for a technician like Haney.

My Official Prediction is Devin Haney by Unanimous Decision.

Last month Vergil Ortiz Jr. shined in his spotlight fight with Antonio Orozco. Another rising prospect under the GBP stable is 130-pounder Ryan Garcia. He will be fighting a step up bout against Avery Sparrow. The two have traded words in the build up during fight week and this should turn out to be a good one. In Garcia’s last two outing the opposition was slightly downgraded compared to his previous bouts with Carlos Morales and Jayson Velez. After showing signs of struggle, even some folks thinking he lost to Morales, the powers that be at Golden Boy Promotions decide to move the young heartthrob laterally in effort to allow development.

On social media, Garcia is fully developed (pause), as a fighter Ryan does have a few items to sharpen up. Mainly his conditioning and leaky defense is what got him in a bit of trouble versus Velez and Morales. Avery Sparrow could show us if Garcia has been working on his fight game as much as he does his abdominal muscles. Sparrow brings a certain toughness to the ring like most fighters born and bred in Philadelphia, Pennsylvania.

Also, local promoter and Hall of Fame inductee, J Russell Peltz has an eye for not only promotion but talent as well. Avery has fast hands and his time spent sparring in the Philly gym circuit should make for an interesting matchup. Garcia has a 3-inch height advantage but Sparrow has longer arms giving him an inch more reach overall on Ryan which could come in handy for counterpunching from Avery.

My Official Prediction is Ryan Garcia by Majority-Decision.

Last but certainly not least is an anticipated featherweight title bout featuring Heather Hardy and Amanda Serrano. The style clash will definitely create fireworks in what should be a back and forth scrap. Serrano is moving up in weight to meet Hardy at featherweight as the two combatants engage in a bloody battle for Brooklyn bragging rights.

Both of these boxers will show up to fight and neither will back down from a war. Hardy has been out of the boxing ring a few months longer than Serrano, both have tried their hand at MMA in the meantime. Although, Heather will land plenty of good punches, the cleaner and harder shots will come from the more fluid offensive fighter in Amanda.

My Official Prediction is Amanda Serrano by Majority-Decision.

Side Note: Also, Jose Pedraza vs. Jose Zepeda, Michael Hunter vs. Sergey Kuzmin could be interesting as well as Crews-Dezurn vs. Jimenez.