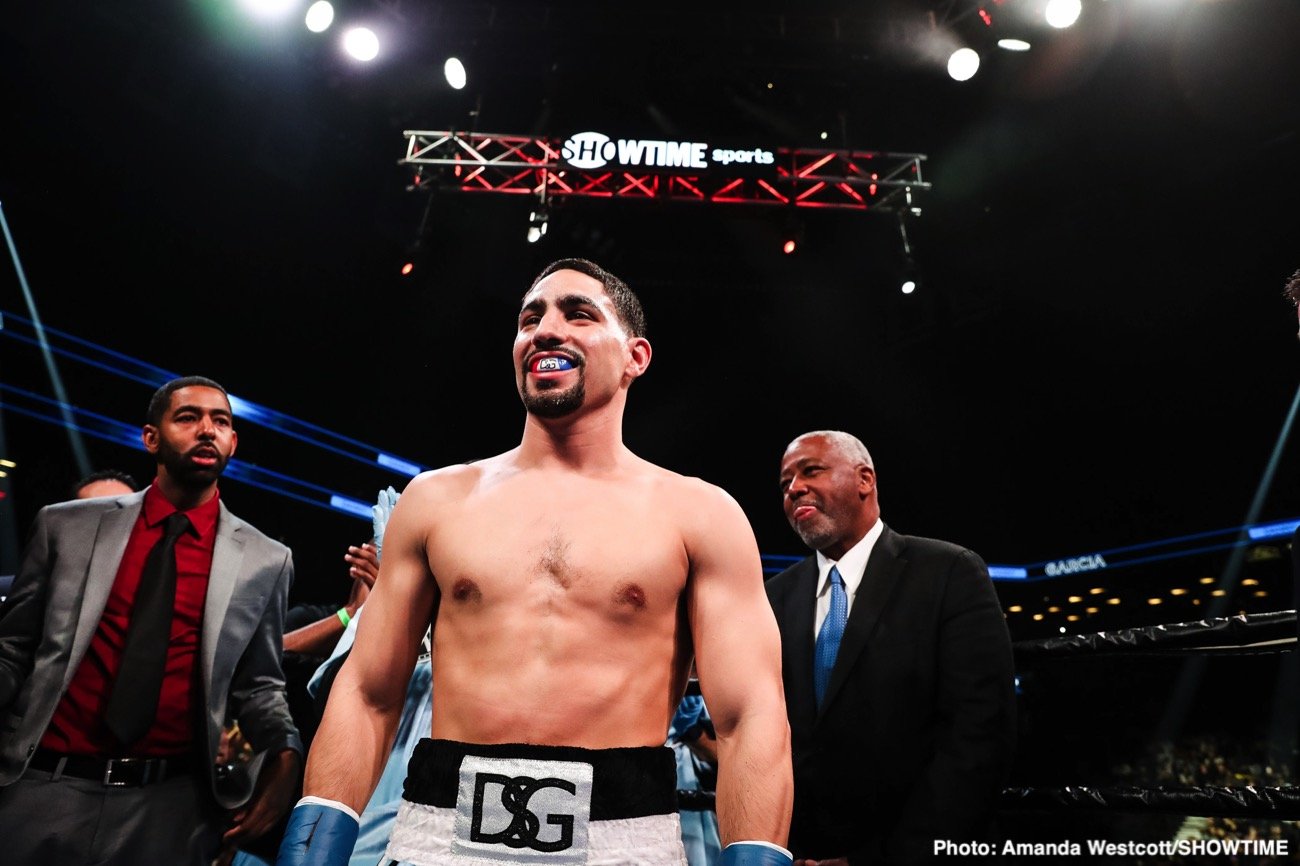 If Amir Khan was not made of sterner stuff heart and desire-wise, the nasty, upset KO loss he suffered on this day eight years ago would have ended his career. Period. Instead, the destruction job an unbeaten Danny Garcia did on “King Khan” ended the Bolton’s man time as a world championship fighter.

Khan, never short on heart, guts, raw courage and a thoroughly exciting fighting style, was let down by his chin. Again. That and his leaky defence combined with his insticnt to fight back and trade punches when buzzed, when he really should have been holding his foe, trying to clear his head. It was inded rare for a hurt Khan to be able to come back. Sure, he managed it on occasion – see his truly heroic win over Marcos Maidana and also his up-from-the-floor win over Julio Diaz – but more often that not, when Khan hit the deck, a loss was swift in following the knockdown.

And so it was when Khan met Garcia at Mandalay Bay in Vegas (scene of his career-finest win over “El Chino” – and might these two meet again all these years later!?). Defending his WBA 140 pound title and also challenging for Garcia’s WBC version, The Ring Magazine belt also on the line, Khan looked great in the early going, bagging the first couple of rounds with his sharp, speedy boxing.

Things changed in a blur in round-three, when “Swift” of Philly cracked the defensively lapse Khan with his key weapon, his left hook. The shot caught Khan on the neck, sending him down in a heap. Up super-fast (this another fault in Khan’s fighting make-up; the too brave for his own good fighter never taking his time and allowing the fog to clear when knocked down in a fight), Khan managed to survive the round.

Garcia didn’t let up in the fourth, sending Khan down again and then convincing referee Kenny Bayless to stop the fight. Khan, a warrior to the end, was trying to fight back and he questioned Bayless’ call. But Garcia had cracked one of the sport’s most famously unreliable chins, as he said he would do. What now for Khan?

Rich, healthy and happy in his personal life, Khan could have called it quits. Instead, Khan made yet another comeback. But though he beat good men such as Diaz, Luis Collazo and Devon Alexander, another, even more brutal KO awaited. Canelo Alvarez put Khan down in devastating fashion in their middleweight fight of 2016. That one was simply brutal. Khan still wasn’t done. Only he was.

Khan, who may still fight again, went 8-2 after the Garcia disaster, yet his time as an elite fighter ended the night Garcia chopped him down.