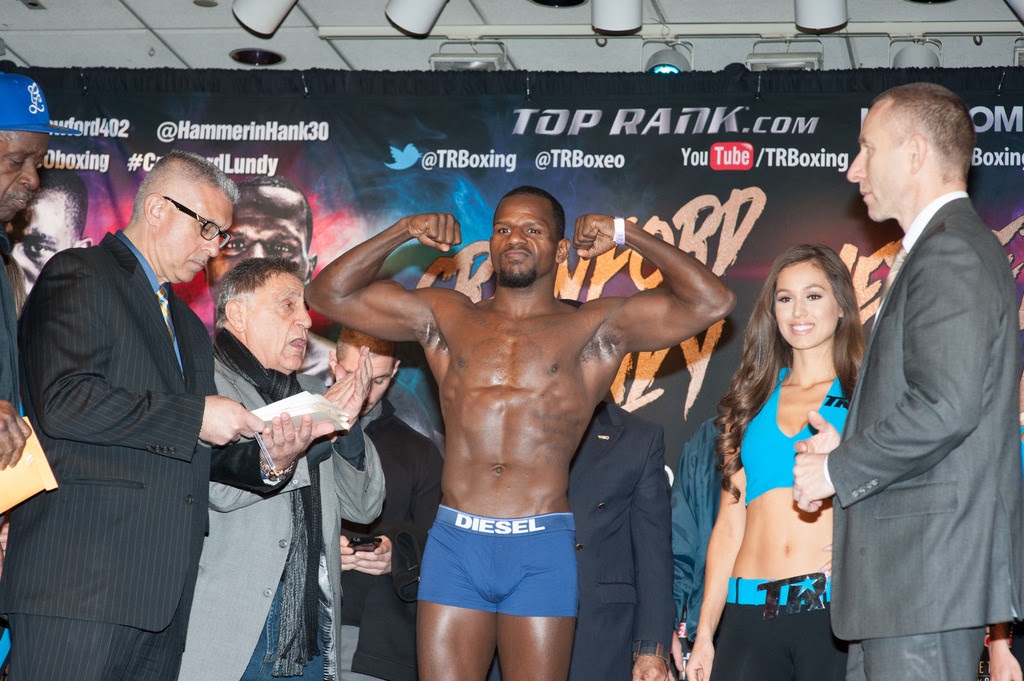 Friday’s weigh-in was rare in that the main event fighters did not share the stage or pose for a face-off following a near altercation between the two at Thursday’s final press conference at Chase Square.

After speaking to the press for the final time Thursday, Lundy and Crawford stood toe-to-toe on stage for one last photo op. Lundy kept jawing and Crawford eventually shoved him, leading to a minor scuffle between both sides. Cooler heads prevailed, but state officials decided Friday it’d be best if the two kept their distance once it was time to step on the scale.

What was once considered a second-rate fight for Crawford by boxing experts has become must-see TV due to Lundy’s bold prediction of a knockout win and the sudden heated rivalry between the two. Fans of both fighters have come out in droves, invading Times Square in a sea of red (for Crawford) and blue (for Lundy). Some, including Lundy himself, have suggested the challenger has worked his way inside Crawford’s head, causing the champion to react with a rare lack of restraint.

Read:  Crawford doubts Tank will fight him, wants Jermell Charlo at 154 if no Spence