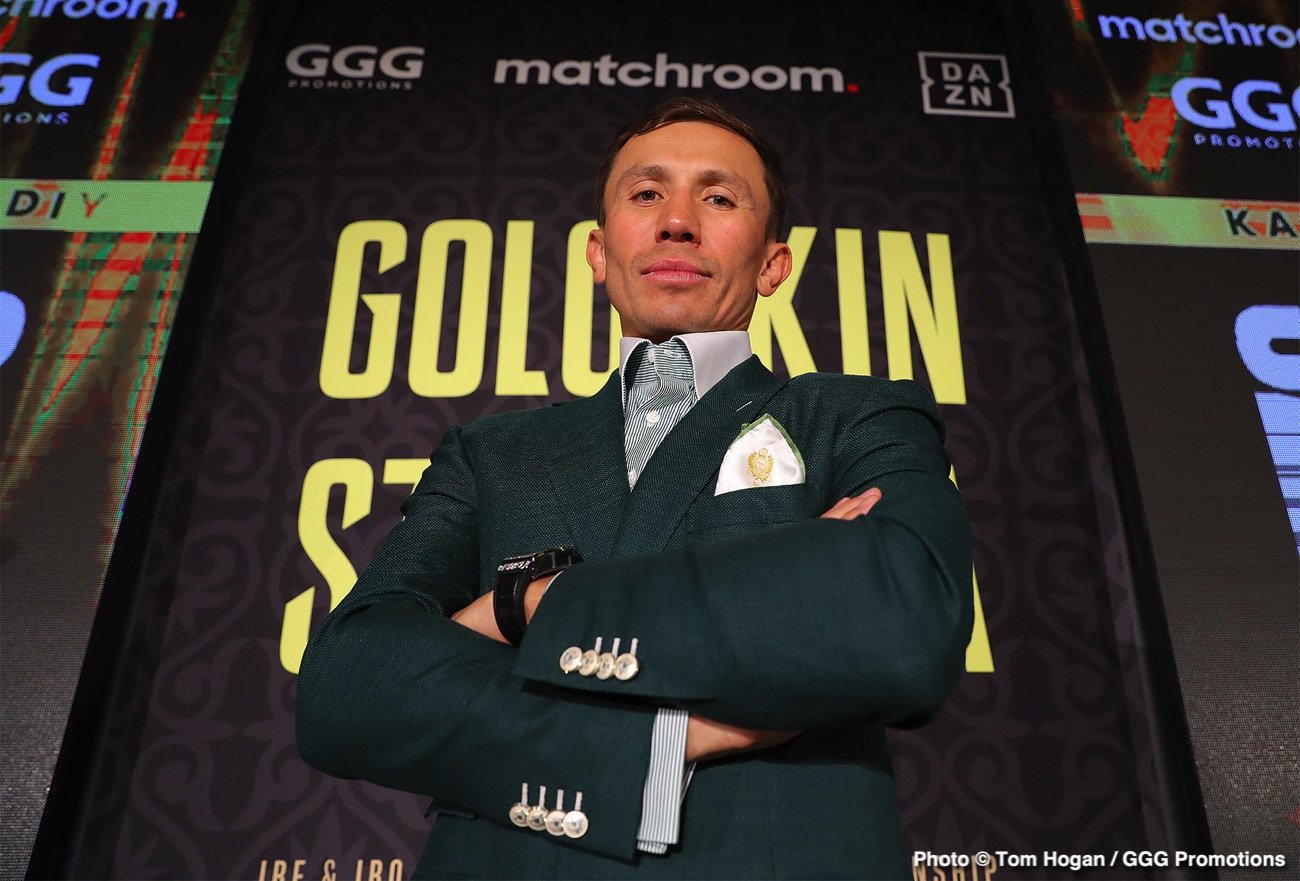 Chris Eubank Junior has for a long time been calling for a big fight with either/or Canelo Alvarez and Gennady Golovkin, and now, according to BOXXER promoter Bel Shalom, “talks have started” regarding a Golovkin-Eubank fight, with a May date being explored. Eubank must first come through his next fight – which may be against British rival Liam Williams, who is being offered the fight for December, while GGG may or may not face Ryota Murata, also in December – but Shalom says the two could get it in in 2022.

Golovkin, 41-1-1(36) will turn 40 next April and Triple-G has been far from active. Eubank Jr, 31-2(23) is now 32 and fans are still waiting to see if he can indeed beat an elite fighter. But if GGG does fight Eubank Jr next May, how much will he have left after such a long and at times hard career?

“Talks have started. Contact has been made with Golovkin’s team and talks are progressing,” Shalom told Sky Sports. “They want the fight with Eubank Jr and we’re looking at a May date. There are huge fights out there for Eubank Jr, like Billy Joe Saunders and Demetrius Andrade. But the Golovkin fight is the huge one for his legacy.”

Fans may recall how Eubank Jr had a chance to fight GGG back in September of 2016, when GGG instead fought Kell Brook in the UK. Reports told us back then how Eubank Jr, who had agreed terms, did not sign the contract due to his father, Chris Eubank Snr and his “crazy demands.” Maybe now that GGG has gotten old, Eubank Jr will actually go through with the fight if things get that far? But again, how much has Golovkin got left? It would be a genuine shame to see Eubank Jr beat a faded GGG and then scream about it to the whole world.

But this is all just talk right now. Let’s see who both Golovkin and Eubank Jr fight next, and how they both look in doing so.