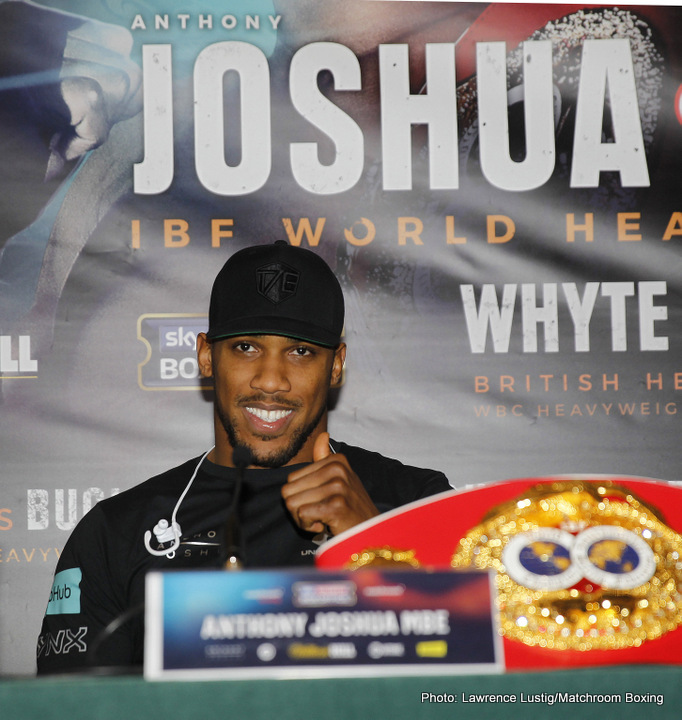 As fans have surely read by now, Kubrat Pulev is out (with an injured shoulder) and Carlos Takam is in, taking Pulev’s place on October 28 in challenging unbeaten WBA/IBF heavyweight ruler Anthony Joshua in Cardiff, Wales.

Takam, ranked NO.3 by the IBF, has good credentials and some people – such as Sky Sports head of boxing Adam Smith – suggest the Cameroonian-French fighter with the 35-3-1(27) record could prove to be very dangerous for A.J.

“David Haye has always spoken to me very highly about Takam – he’s a gruelling operator,” Smith told Sky Sports. “I’ve been speaking to Eddie Hearn and he says he’s been training for a number of weeks as a standby in case something happened. It has to Pulev. Do you know what it reminds me of straight away? It reminds me of when Lennox Lewis was 12 days away from a title defence and his opponent at the time pulled out. Vitali was on the under-card and he stepped in with 12 days’ notice. In Lennox’s last fight, he thought he’d walk through him and it didn’t happen that way.”

Smith says it can be dangerous for any fighter who, after spending weeks training for a fighter with a certain style, has to then face an opponent with a completely different approach and style. This is of course true, but the difference between Lewis and Joshua is that Lewis was at the very end of his career when he struggled with Klitschko, Lewis being overweight and already thinking about retirement.

Joshua meanwhile, is at his peak or approaching it. Also, as good as he is, Takam is no Vitali Klitschko. All the same, Joshua could have a tricky night on his hands a week on Saturday. At least Takam will be in shape having been training these past weeks. If he shows the kind of form he did when beating the tall Tony Thompson back in 2014, who knows, maybe Takam will give Joshua a tougher test that Pulev would have done?

Takam is no spring chicken at age 36 but he does have plenty of experience; having also been with with Alexander Povetkin, Mike Perez and more recently Joseph Parker. Can Joshua do what Povetkin did and manage to stop Takam?