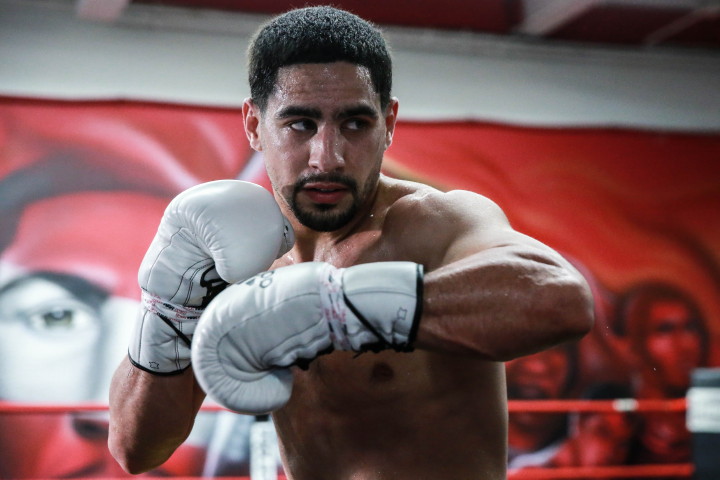 The year in boxing for 2016 has played out like the filming process on a movie set, hurry up and wait. Surely boxing fans are happy to see a busy fight schedule this weekend after a dreary month of October. Busy as it may be it’s full of stay busy fights in all too common theme in boxing over the last decade. To be fair it wouldn’t be the first time a great action fight arose out of a chalk full of ho-hum bouts with the two biggest named fighters facing non-competitive opponents.

Let us start in Philly with Danny Garcia taking on a nondescript boxer in Samuel Vargas. It makes a lot sense for Garcia to tune-up in preparation for a highly-anticipated fight with Keith Thurman on March 4th. However, the least he could do is take on gatekeeper in a good TV-style matchup considering it’s a main event on Spike.

Instead, Danny channels his inner-Rod Salka and faces a no-hoper that Errol Spence knocked out in 5 rounds over a year ago.

Hot prospect Jarret Hurd returns versus Jo Jo Dan which I won’t rip because his first opponent Jorge Cota got injured and Will Nelson turned it down due to short-notice. The fight that will likely shine the brightest is Javier Fortuna vs. Omar Douglas. Douglas is an undefeated prospect in his toughest test to date by far. Fortuna attempts to pick up the pieces after suffering a knockout loss back in June by the hands of Jason Sosa.

Speaking of Sosa, he takes on Stephen Smith in what could be the best two-way bout on the Sky Sports/HBO card from Monte Carlo. Luis Ortiz recently exited Golden Boy Promotions for the greener pastures of Eddie Hearn and his Matchroom Sports promotional company. Eddie plans to keep Luis active possibly fighting twice by year’s end. On Saturday, Ortiz shouldn’t get much of a fight from Malik Scott, in yet another stay-busy mismatch on HBO in a year that’s seen for too many on the network.

It’s easy to lose track on how many late notice opponents have dropped for Martin Murray. It should be mentioned the original match up was a rematch against Arthur Abraham. In what should be a solid scrap, highly-rated 118-pounder Jamie McDonnell squares-off versus challenger Liborio Solis. Solis is a tough customer but lacks the power to upset Jamie. All in all it’s a steady weekend in the sport of boxing and here’s hoping a few of the lesser known bouts turn out to be stellar.