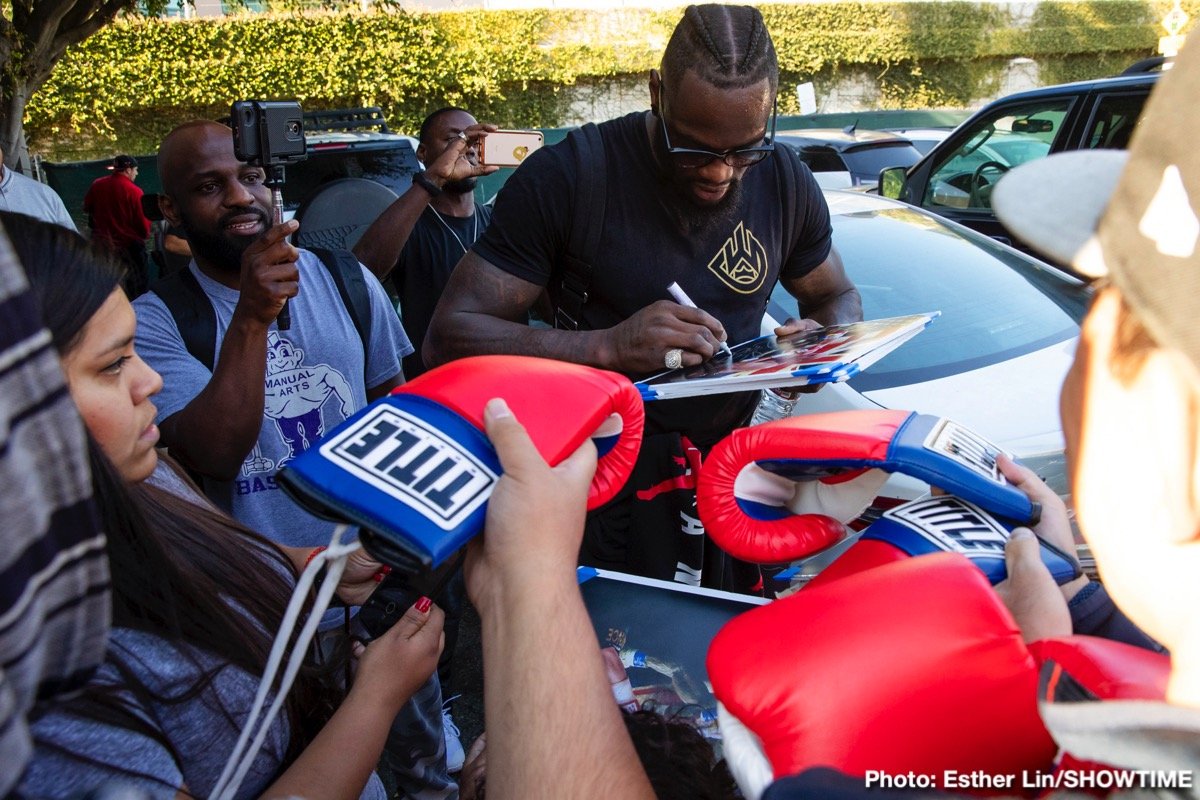 What was the last big, unmissable world heavyweight title fight that got you all worked up, pumped up and excited? Aside from the Anthony Joshua-Wladimir Klitschko rumble from last year, or maybe the Deontay Wilder-Luis Ortiz battle from earlier this year, chances are, the last really big one to get you in a lather was the Lennox Lewis-Mike Tyson fight from 2002. That one was bigger than big.

In the end though, the fight proved to be a one-sided affair, with the seriously faded Tyson being no real match for the still at his peak Lewis. We now have a massive heavyweight title fight to get exciting about, even if the December 1st clash between unbeaten champs Deontay Wilder (WBC) and Tyson Fury (lineal) is not as big a deal as Lewis-Tyson or Joshua-Klitschko was. But Showtime’s Stephen Espinoza says the Wilder-Fury fight is “the biggest heavyweight bout in nearly two decades.”

Speaking with BT Sports, Espinoza says you’d have to “go back to the late 1990s or early 2000s before you see a heavyweight fight of this significance.”

“This I believe will capture the US heavyweight market like no fight since Lewis-Tyson,” Espinoza said. “There’s a certain cache to the heavyweight division and casual fans, even non boxing fans, respond to heavyweight fights unlike any others. Here, we have not only the two biggest boxers in the division, but the two biggest personalities. That for a television executive or a promoter is really a dream match-up.”

But is the upcoming fight a dream fight for the fans? Will this fight, a heavily publicized one, do big numbers at the box-office? Will it prove to be a magical night to rank alongside those ’90’s classics such as Bowe-Holyfield, Holyfield-Tyson and Holyfield-Foreman?

The December fight will be Wilder’s very first pay-per-view fight, and it remains to be seen how big a star Wilder can become. But as far as this year goes, then yes, Wilder-Fury is the biggest slice of heavyweight action to be seen. One could even argue how the winner deserves to be rated as THE best heavyweight right now. Or, as promoter Frank Warren says, until proven otherwise.