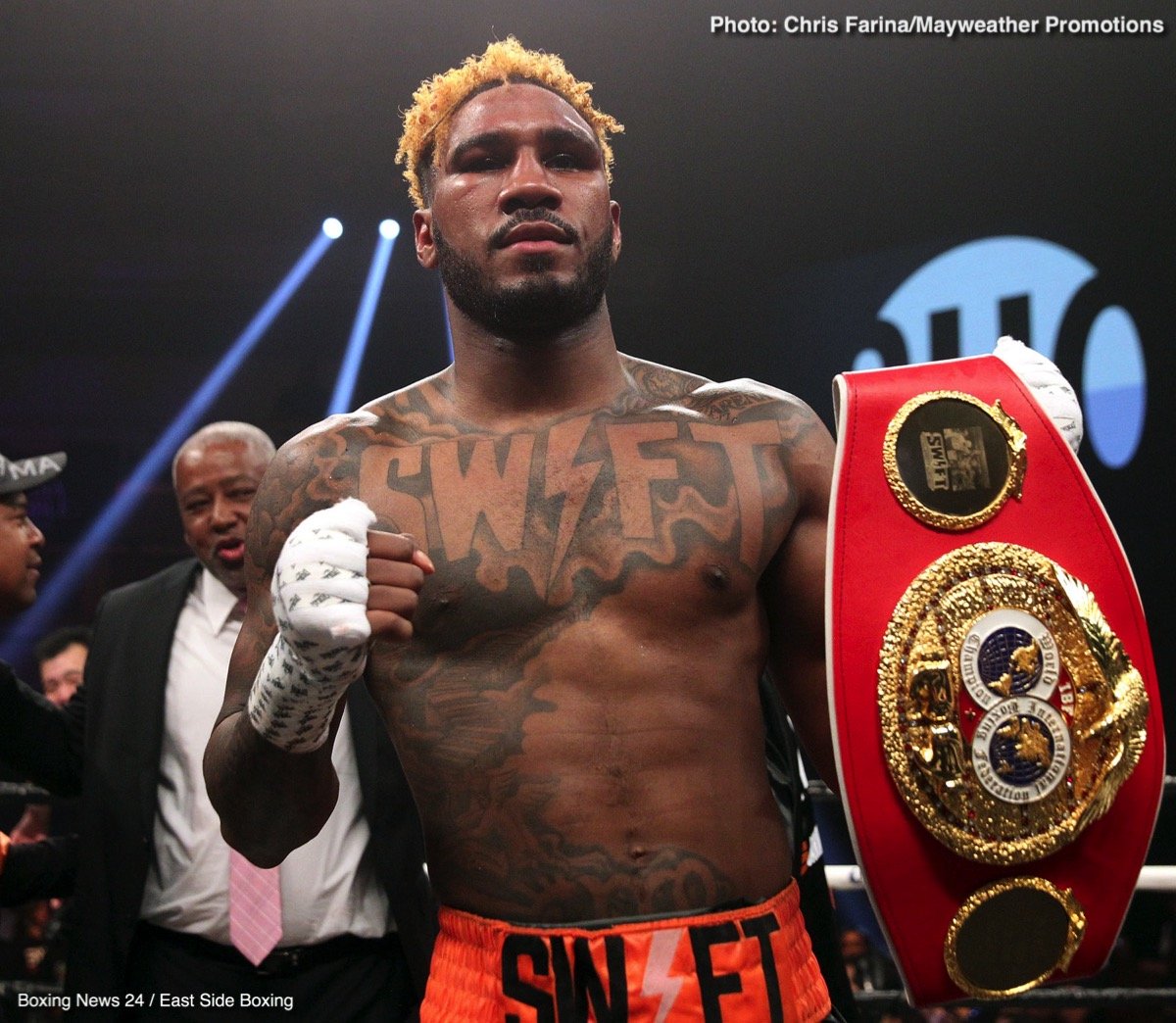 The most significant heavyweight event in the U.S. in more than 15 years will feature an undercard lineup of stellar fighters including the return of a unified world champion and two of boxing’s hardest-hitting heavyweights.

Hurd (22-0, 15 KOs) returns for his first fight since unifying the super welterweight division earlier this year to defend his IBF and WBA titles against British Commonwealth champ Jason Welborn (24-6, 7 KOs). Hurd, who edged Erislandy Lara in a leading candidate for 2018 Fight of the Year in April on SHOWTIME, will enter the ring for the first time since undergoing rotator cuff surgery as he targets another title unification in 2019.

Cuban heavyweight slugger Luis Ortiz (29-1, 25 KOs) will continue his quest for a second shot at a heavyweight world championship as he takes on American Travis Kauffman (32-2, 23 KOs) in a 10-round bout. Ortiz went toe-to-toe with Wilder in another contender for Fight of the Year in March on SHOWTIME and returns for his third bout of 2018 with his sights set on a rematch with Wilder.

“This fan-friendly undercard features two participants from 2018 Fight of the Year candidates, Jarrett Hurd and Luis Ortiz, along with one of the hottest rising talents in the heavyweight division,” said Stephen Espinoza, President, Sports and Event Programming, Showtime Networks Inc. “Heavyweight boxing has re-captured the world’s attention and both of these potentially explosive fights will help shape the future of the division. Jarrett Hurd emerged as one of boxing’s most exciting fighters in unifying the super welterweight division in 2018. Now, he returns from a significant injury to risk his titles in his quest to become undisputed 154-pound world champion.”

Hurd, who hails from Accokeek, Md., floored Erislandy Lara in the final minute of their unification showdown to earn the narrow split-decision victory over the divisions’ longest-reigning champion. Following the bout, Hurd underwent surgery and subsequent rehab to repair a rotator cuff. Hurd won the IBF title with a TKO of Tony Harrison in 2017 and handed Austin Trout his first loss via knockout later that year. The 28-year-old is known for his all-action, fan-pleasing style that had seen him record seven straight stoppages prior to his decision win over Lara.

“’Swift’ is back and Christmas is coming early,” said Hurd. “This is the perfect way to get ready for 2019. I expect it to be a big year with big fights that the fans will love. I’m locked in right now and ready to put on a great performance against Jason Welborn. Tune in on December 1, because I promise you it won’t go 12 rounds.”

Jason Welborn, from West Midlands, England, will make his U.S. debut on the heels of two wins over previously once-beaten Tommy Langford for the British middleweight title in 2018. Langford now moves back to the 154-pound class, where he has faced Matthew Macklin and Liam Smith in all-British encounters.

“Jarrett Hurd is a big talent who holds all the belts and I respect the challenge he poses,” said Welborn. “I was a huge underdog against Tommy Langford in May and I came through and shocked Britain. In December, I’m going to shock the world. I’ve been in training camp since my last fight and I’ve already been preparing for Hurd’s style. This is my time.”

The 39-year-old Ortiz returns to STAPLES Center for his second consecutive fight in Los Angeles after scoring a second-round knockout of Razvan Cojanu in July. In a March, Ortiz nearly had Wilder out on his feet in the seventh until he ultimately succumbed to Wilder’s power in the 10th round, suffering the first loss of his professional career. A consensus top-5 heavyweight, Ortiz will look for another knockout as he hopes to earn a rematch with Wilder in the revived heavyweight division.

“I feel blessed to be on the Wilder vs. Fury card and competing on a huge night of boxing in front of a full house,’’ said Ortiz. “In my last fight at STAPLES Center the fans showed me so much love and I can’t wait to be back. I know Travis Kauffman has a good record and I know he’s definitely got heart. If all goes as expected and Wilder puts Fury to sleep like I think he will, I want another shot at him ASAP. It will be an epic rematch between me and Wilder.”

Kauffman, of Reading, Penn., is coming off a majority decision over Scott Alexander in May in which the two heavyweights traded first round knockdowns. Kauffman is 14-1 (1 NC) in his last 16 fights with the sole loss coming to Amir Mansour in March 2017.

“I’m looking forward to stepping up and challenging myself in an exciting fight,” said Kauffman. “Luis Ortiz is the second best heavyweight in the world next to Deontay Wilder. But I’m the toughest fighter you’ll ever face. This is my chance to prove that I’m a great fighter and I’m excited to do it on this huge stage.”

The 6-foot-6 Joyce, of London, England, has started his professional career with a 100 percent KO rate after turning professional in 2017 at the age of 32. An accomplished amateur, Joyce claimed the super heavyweight silver medal for Great Britain at the 2016 Olympic Games. Joyce, who trains in Big Bear, Calif. under renowned trainer Abel Sanchez, made his U.S. debut in September with a fifth-round knockout of Iago Kiladze.

“It’s an honor to be part of this huge event and I give a lot of credit to Joe Hanks for stepping up and taking this fight,” said Joyce. “Hanks has a good record, but I am coming to take him out. If everything goes to plan and I come through this fight as I should, I am ready for a big fight early next year to show that I’m a force in this division.”

Hanks, of Newark, N.J., started his career with a 21-0 run before suffering consecutive losses to Andy Ruiz Jr. in 2013 and Derric Rossy in 2014. After a three-and-a-half-year layoff following the loss to Rossy, Hanks, who lives in downtown Los Angeles, has recovered his form and returned to score a unanimous decision over Joel Caudle and a first round knockout of Terrence Marbra in consecutive fights.

“It feels good to be in the mix and getting exposure with the top heavyweights,” said Hanks. “I bring speed, athleticism and power to this fight. I’ve got a lot of great experience in my career sparring against guys like Deontay Wilder and Wladimir Klitschko, so I’m comfortable against a guy like Joe Joyce. I live in Los Angeles now and this is going to be like fighting in my front yard. I’m going to be feeling good on fight night.”