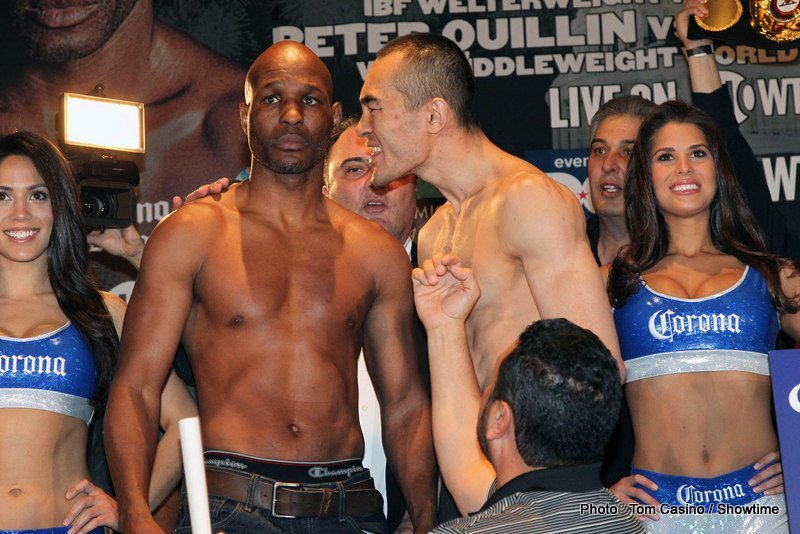 The legend of longevity Bernard Hopkins returns to a familiar place of Washington D.C. to once again add more depth to an already legendary career.

Standing in his way of becoming the oldest unified champion is Beibut Shumenov, a fighter with one loss facing his first huge test. Will it be another day at the office for Hopkins? Or will power and youth be the deciding factor?

In the illustrious career of a living legend one can’t help to wonder how much longer Hopkins can stay on top of his game. Every current athlete is on a Hunger Games list of nature eventually taking course.

Who ever or whatever is responsible for creating humans beings must admire the fountain of youth/Alien body of Hopkins. When, or should I say if he passes away, hopefully far down the line, his body will be a perfect subject for doctors all across the world.

Hopkins loss a step or two quite a while ago, and even without his ability to execute opposition with power, he’s gained more tricks in a trade that is no joking matter once the bell rings.

The man sharing the ring will be once beaten IBF 175 pound Champion Beibut Shumenov, whom many think has a slim chance to win this fight.

Power and youth is really the only thing Shumenov has as a weapon heading into his battle with Bhop. Maybe age won’t be a factor but at least the damage he has received is low with only 15 fights.

His resume is shallow which is to be expected with low number of fights as a professional. The only name that stands out would be his two close fights with Gabriel Campillo, who was much close to his prime than the version we saw in 2013.

With only one fight in 2012 and one in 2013, Shumenov’s inactivity could make his legs and arms in the championship rounds feel extra heavy.

Shumenov is pretty much a straight forward fighter with total destruction on his mind. A style that would seem to be a perfect fit for the counterpunching Hopkins.

Slow footed brawlers are nothing foreign to the man who we now rightfully know as the Alien. It’s hard not to assume that this fight will be nothing more than a live sparring session with the outcome already written.

No matter how you scored Beibut’s fights with Campillo, unless a big punch is landed that has enough impact to hurt Hopkins badly and more than once, it should be relatively smooth sailing for Bhop.

Hopkins has entertained the crowd in recent years and this matchup should produce just that. Bhop’s foot speed has never been great and slow enough now that we could see him in yet another two-way scrap.

The jab mixed with defense will prove to be too much for Shumenov, who’s goal it is to trap old man winter on the ropes. Assuming he can cut the ring off on Hopkins, this fight could resemble his last against Karo Murat, who made him work in nearly every round.

Bhop’s mind and skill will be the keys to victory as always leading him to a huge lineal unification fight with Adonis Stevenson.

My official prediction is Bernard “The Alien” Hopkins by Unanimous Decision.

Shumenov will make Hopkins work for every inch, slowing adding up to a competitive fight with majority of the close rounds won by the clean punching of Bernard Hopkins.

Written by Chris Carlson Owner and Host of Rope A Dope Radio at www.blogtalkradio.com/ropeadoperadio
Follow Chris on Twitter @RopeADopeRadio & http://ropeadoperadio.wordpress.com/