Though Claressa Shields has just two KO wins to her pro name, the self-proclaimed “Greatest Woman Of All Time” has vowed to knock out Savannah Marshall when they meet in their bitter grudge match on Saturday night in London. Speaking with Sky Sports, Shields said the delaying of the fight (this for five weeks due to the sad passing of Queen Elizabeth II) was “a blessing in disguise.”

Shields not only says she will KO Marshall, but that she will “leave her purple and blue.” Yes, the bad blood is very much real in this one. No hype is needed. 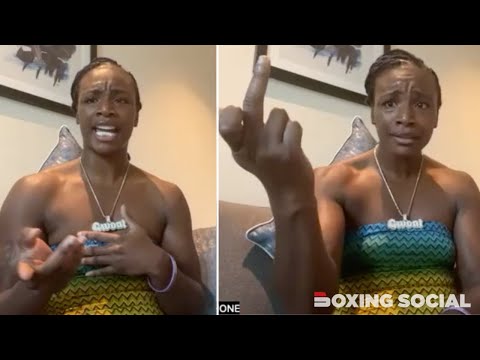 WHAT TIME IS SHIELDS – MARSHALL?

Shields, who says she may go back to MMA after Saturday’s middleweight unification clash, has basically ordered the pundits who doubt her to be ready and waiting with an apology after she KO’s Marshall: “You all said she’s a knockout puncher, you all said she is going to knock me out,” she said. “You all said that, not me, so when I beat her easily and I be in there dropping her and have her face purple and blue after I don’t wanna hear nothing. Just tell me congrats and leave me alone!”

Who has more pressure on them in this fight? Both ladies have done their share of trash-talking yet Shields has really ramped it up here. Will Shields really have the power to beat up, drop and KO Marshall? Most fans seem to think it will be a points win for Shields if she does win.

If she wins? Don’t utter any such words to Claressa Shields.

Pick: Shields does get the win, but via close, perhaps controversial decision.