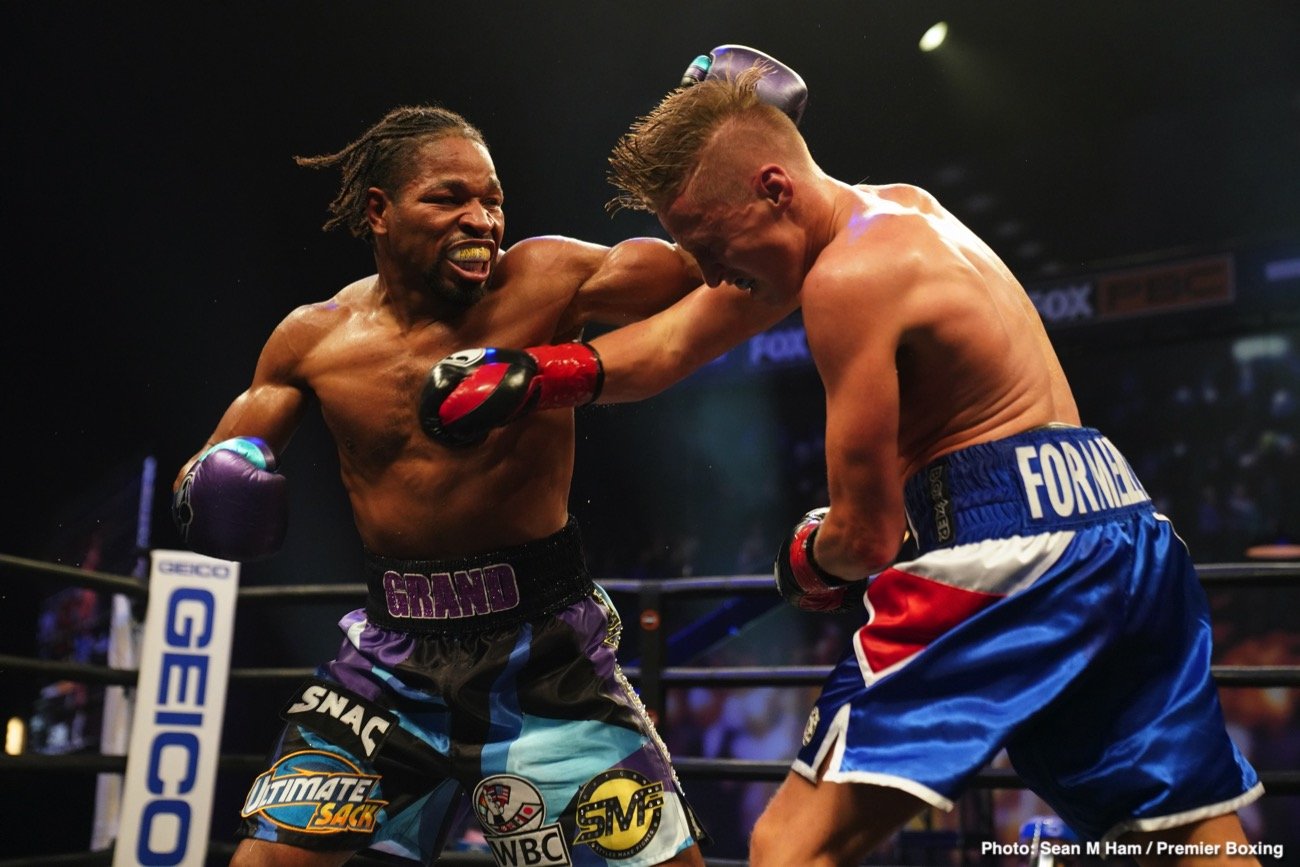 Who will Terence Crawford, 37-0(28) and coming off a straightforward win over a faded Kell Brook, fight next? Assuming the big fight we all want to see, between Crawford and rival welterweight champion Errol Spence doesn’t happen (and nobody is holding their breath), the list is pretty thin. A fight with Manny Pacquiao aside – this being a fight Crawford really wants – there might be just one exciting fight option out there for Crawford this year: a fight with Shawn Porter.

Porter, as tough, as exciting, as all-action as he is, is never in a dull fight. And “Showtime” does want to fight Porter. The problem is money, as is often the case in this sport. Just around the Christmas holidays, Porter said he wanted the fight, but that he should not be “low-balled,” that the $1 million on offer was just that, a low-ball offer. Word got back to Bob Arum, and recently, in speaking with boxing video site Barbershop Conversations, Arum made it clear he will not be upping his offer.

“I read some place that he felt that I insulted him by only offering him a million dollars,” Arum said in reference to Porter. “I’m old fashioned, I don’t know why a million dollars would be an insult to anybody. He should work a deal with me on upside. I’m not guaranteeing more than a million dollars, I’m just not, not in these times.”

“The times” Arum is referring to are of course these pandemic times, a time when plenty of fights have fallen by the wayside; with very few fans if any allowed to pay to get in to watch those fights that did manage to go ahead. So is Porter right in asking for more than a million bucks to fight Crawford, or is Arum right in sticking to his guns? Porter, 31-3-(17) has shown he is a big draw at the Box Office and you can see why, with the heat and heart he brings in each and every fight, how he feels he is worth more than a million bucks.

But if the money ain’t there, there money ain’t there. But who else could Porter fight on such a big stage if not Crawford. And if he were to win, Porter would then be in a most powerful position to be able to demand more money. As for we fans, a Crawford-Porter fight would be most welcome. Porter has never been stopped, in fact he’s never come close to being stopped, and with his intensity, his desire and his awesome conditioning, maybe “Showtime” would give Crawford the single toughest fight of his career. Porter gave Spence hell in their September 2019 fight and the 33 year old has since picked up a decent win over Sebastian Formella.

Again, Spence and maybe Pacquiao aside, who else is there for Crawford to fight this year?