Shawn Porter says his fight with Terence Crawford last Saturday night was more challenging for him than the one he went through in his 12 round split decision defeat against Errol Spence Jr. in September 2019.

Crawford, 34, retained his WBO welterweight title with his victory over the former IBF/WBC 147lb champion Porter and kept his hopes of a unification fight against IBF/WBC champion Errol ‘The Truth’ Spence Jr. in 2022.

There’s a couple of reasons why the Crawford fight was more brutal for Porter than his match with Spence in September 2019. First of all, Spence intentionally fought Porter’s battle by staying on the inside and fighting to his strengths.

Spence wanted to prove that he could beat Porter at his own game by taking the fight to him in close, and he accom[lished that goal, but it made the bout much harder.

Secondly, Porter was younger and more active with his career when he fought Spence two years ago. That fight took place before Porter made a ton of money, and he was still fighting twice a year.

Since making a considerable amount of money in a loss against Spence, Porter has fought only once, and that was against Sebastian Formella.

If you’re only fighting once every two years, it’s going to be tough for you, especially if you’re taking on a talented fighter like Crawford.

“I felt like the fight with Errol Spence, going 12 rounds, was not as tough as fighting Terence Crawford,” said Porter after the fight.

“He was sharp on the trigger, and he was in the beginning when he had more energy, he was finding his mark quite often,” said Tim Bradley to Fight Hub TV, talking about Shawn Porter. “I thought it surprised Crawford quite a bit. He was having a hard time getting adjusted.

“The thing is, he never lost his composure. He kept his cool and was like, ‘Okay, okay, I’m going to set him up with some counters.’ The later the fight goes, he [Crawford] started to drop those body shots.

Porter would land something over the top, and he was like, ‘I get it, I’d rather get hit with that shot over the top than body shot because I know what it does to you.’

“Eventually, Porter started slowing down towards the back end of the fight, and Crawford started stepping it up and found that kill shot, which is the uppercut.

“He then came with the right hook or whatever you want to call it, and that was enough. All she wrote,” said Bradley.

If Spence hadn’t intentionally fought Porter’s fight by making it an inside war, it would have likely been an embarrassingly easy fight for Errol, similar to his one-sided 12 round decision win over Mikey Garcia.

Interestingly, Porter fails to consider that Spence gave him a handicap by choosing to brawl with him on the inside.

Bradley is not surprised by Porter retiring

“It didn’t surprise me, no,” said Bradley when asked if he was surprised at Porter retiring after his loss to Crawford. “I asked him that in the fighter meeting.

“The way that he [Porter] answered the question, I thought, was odd. ‘Nah, I’m not really thinking about that.’ But I’m saying to myself while looking at him in his eyes, and I’m like, ‘Nah.’

“The way he [Porter] said it, it kind of surprised me. You’ve definitely thought of it,” said Bradley about his suspicions that Porter was thinking of retirement BEFORE his fight with Crawford.

“The father [Kenny Porter] stepped in and saved his son, and afterward, what he said made a lot of sense. He said he [Shawn] didn’t train like he was supposed to train. He didn’t listen in training.

“He [Porter] got to a certain point where he stopped listening now. That indicates to me that he’s putting him out there because he wants Shawn to make a decision.

“This was the hardest fight of your career and your opportunity to conquer the #1 or #2, however, you got him, the best fighter on the planet, and win another belt. He wasn’t able to do it tonight,” said Bradley.

Tim nailed it with his prediction before the fight last Saturday night that Porter might retire if he lost, and he was right.

But it doesn’t take a genius to tell you that Porter has lost his hunger for the sport, as he’d made a lot of money from his PPV fight against Errol Spence Jr. in September 2019.

After that loss, Porter was out of the ring for eleven months before coming back against Sebastian Formella last year in August 2020.

Then after beating Formella, Porter didn’t fight again for another fifteen months until his fight with Crawford last Saturday.

When a fighter gets to the point in their careers where they’re fighting not even once a year, that’s a red flag that they’ve lost interest in the sport, mainly when they’ve made a lot of money on top of that.

You can argue that if Porter didn’t make big money from the Spence fight, he probably would have gone back to work four months later like regular fighters, but when you become a millionaire like him, it changes you.

Porter has more than enough money to retire now and live a comfortable life as a millionaire living in the sticks in a wealthy, upscale neighborhood.

When you got that kind of money and lifestyle, you can’t relate to the life that you once had and the sparring partners you train with.

“So, I knew coming into this fight, and I said it, this could be the end [for Porter],” said Bradley. “Commentating is a great gig, and he was doing it, preparing and getting ready for this fight. I thought it was odd.

“I was like, ‘This dude is living two lives. He’s commentating, and he’s getting ready for the biggest fight of his carer. I don’t know how you could do the two. It’s hard.’

“You can’t compartmentalize that, especially when you’re fighting one of the best fighters on the planet [Crawford]. No, you’ve got to focus on that one fight, and he didn’t. That was the cost of it.

“But I take my hat off to Shawn. He did a hell of a job. He was a lot quicker than I thought. He moved in and out and changed rhythm very well,” said Bradley.

It’s not just the commentating that Porter is doing in addition to his boxing career. He’s also got a Podcast on YouTube that he puts time and energy into, making predictions of different fights.

With all the stuff that Porter has going on in his life. It seemed like he was too spread out and unable to devote the time needed to train for a tough fighter like Crawford.

This is a fight that Porter would have had massive problems with even before he got his commentating and YouTube gigs.

Porter lost to Kell Brook and Keith Thurman when his only focus was boxing, so it’s no wonder he lost to Crawford. Shawn is an excellent B-level fighter, but he’s NEVER been an elite. Porter would have needed to beat Brook, Thurman, and Spence to be elite, but he didn’t. 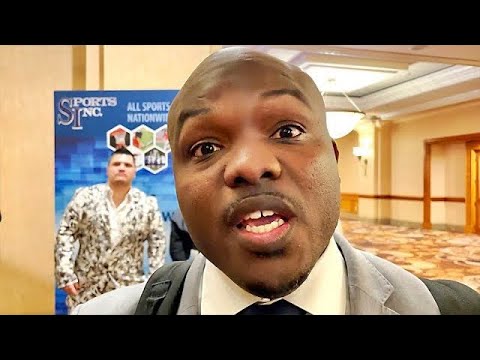