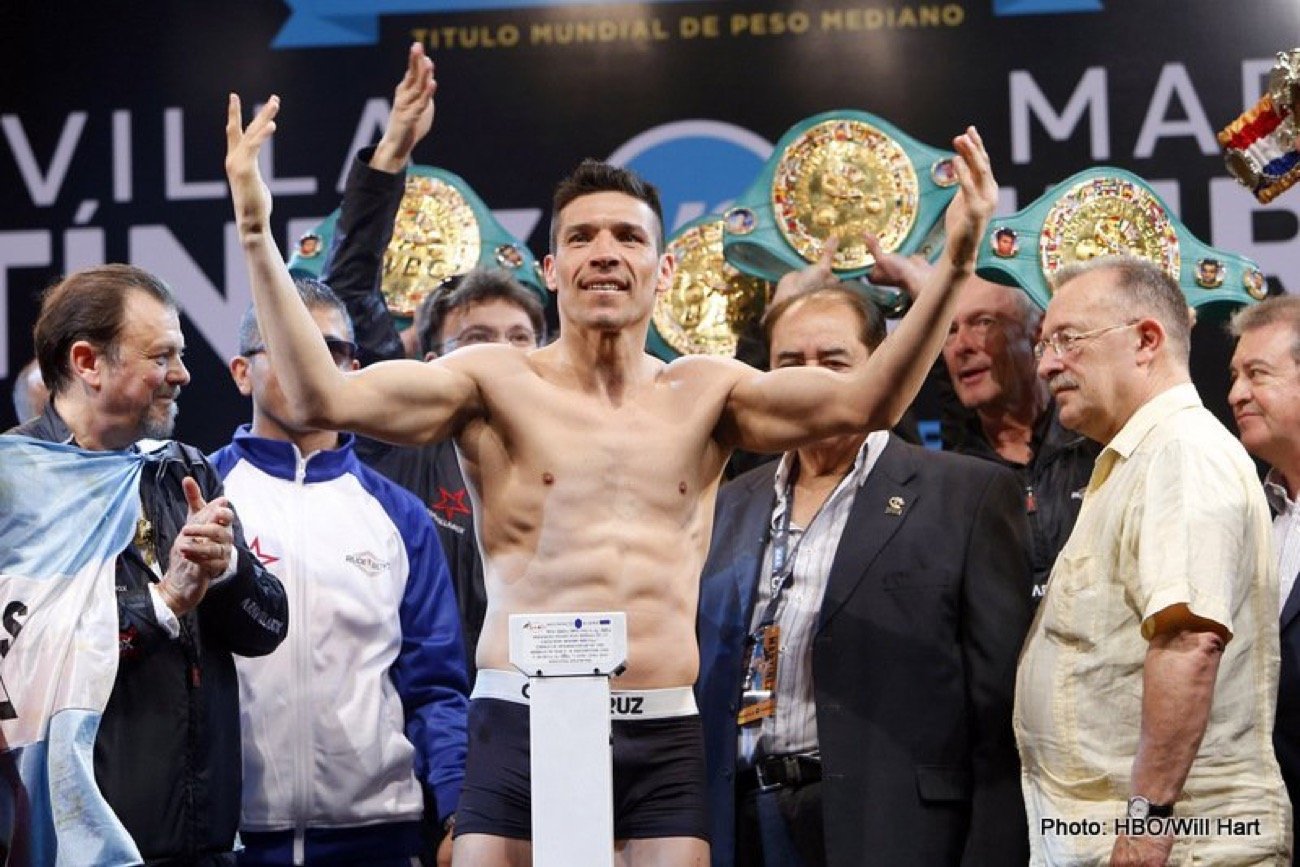 This Friday, former world middleweight king Sergio Martinez will return to action. The 45-year-old has not boxed since his one-sided stoppage loss to Miguel Cotto in June of 2014 yet “Maravilla” says he has to “set goals” for himself and that he is already looking at a possible fight with WBA middleweight titlist Ryota Murata. Martinez will face Spain’s Jose Miguel Fandino in Cantabria this week and the former champ says he will see how well he can perform in this fight before moving on.

Martinez, who has said he is feeling great and is injury-free (he had terrible knee trouble in the losing fight with Cotto), spoke with WBA president Gilberto Mendoza via a IG Live talk on social media, and Martinez has the backing of the head of the governing body.

“I can’t fight unless I can see beyond this fight,” Martinez, 51-3-2(28) said of the upcoming fight with the 15-6(8) Fandino. “I need to project and set goals because those goals are what make me feel alive. I need to set several targets and at the end of the road, Ryota Murata, even beyond Murata; keeps setting targets. He [Fandino] has a strong right and I have to respect him. I [will] get into the ring as if I were [fighting] Kelly Pavlik, Miguel Cotto or Julio Cesar Chavez Jr. As long as I go up like that, I won’t do bad.”

Who knows? Martinez has been out for so long and he had those troublesome injuries, it does seem a long shot, him ruling the world again. Maybe the southpaw who gave us those great fights with the likes of Paul Williams, Pavlik and Chavez Jr will get the win on Friday, but will he be able to go any further?

Mendoza is fully supportive of Martinez and his comeback:

“For the record, I have an intuition. I feel that Maravilla has yet to give something back in boxing,” Mendoza said. “In fact, I think he left himself with an unfinished business when he lost to Cotto. When I think about the fight with Murata, it’s because I know you have everything to face him. Besides, from a business point of view, it would be very good for Murata to face you in Japan.”

Many fans will no doubt feel Martinez has already given the sport of boxing all he has to give. Let’s see what happens on Friday night. Martinez is yet another great fighter who has found it so very hard to stay retired.