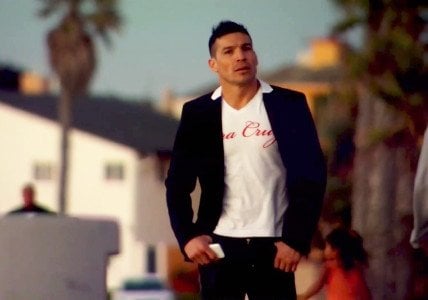 By Padraig Ivory: When the hand was dealt for the young Sergio Martinez it was immediately evident that no picture cards had come to the table. From the outset a tough and challenging life lay ahead for the Argentinean native. Now 37 years removed from those humble beginnings that same boy has not only established himself as a picture card of the boxing deck, but rather emphatically as the undisputed poster boy of the middleweight division.

Imagine a scene 30 years ago in the city of Quilmes, Buenos Aires in which a successful, cigar wielding businessman, smartly clad in an expensive fitted suit is chauffeured through the working class city streets. Passing through a back laneway, safe in the comfort of his leather upholstered world, the small figure of a 7 year old Sergio Martinez momentarily reflects across the irises of his daydreaming gaze. Through the tinted glass the struggling city outside appears back and white, the colorless surroundings concealing the raw talent while simultaneously harvesting a determination deep within the undiscovered superstar.

Today the acclaimed ‘Maravilla’ is the gospel of them very streets that threatened to ignore him. The balance of the hard work expended and the fame that followed has combined to distance Sergio from the province of Buenos Aires. Presently a resident of Oxnard California, the middleweight king also spends time in Spain and regularly vacates to his homeland in South America where his iconic stature is infinitely embedded. The dramatic gulf between his new life in Oxnard and his former existence in Buenos Aires cannot be equated by any number of painful rounds within the organized confines of the boxing ring. Life is more delicate than that.

Now when a luxurious vehicle ferries the WBC champion through Quilmes, the experienced eyes of the boxing sensation can recognize the strife of young boys and girls who occupy the streets. The memories of his own juvenile years may seem distant but are certainly not abolished from mind. By contrast his latest victim Julio Chavez Jr. could never fully empathize with the everyday people as his affluent upbringing prevents him that right. Martinez however has served time on both sides of the dollar bridge. His modest background offers romance to boxing promoters and broadcasters but to the fighter it provides a sacred inner strength. The dynamic life story offers the audience an intimate insight into the individual and allows us to justify the 36 minutes of brutal fighting so that when the final bell sounds we can incorporate this latest life chapter ourselves.

The build up to the Chavez Jr. duel afforded the fan a new insight into the mind of the Argentinean legend. The detestation the usually respectful Martinez held for his foe was tangible. The acclaim of WBC champion status represented more to Sergio than being decorated with an ornamental belt around the waist. To the Argentinean that green strap was a symbol of overcoming immense turmoil to celebrate reaching the pinnacle of a life’s effort. For a man of such meaning to observe Chavez Jr. receiving a handout version of success was unacceptable.

In that historic 12th round Martinez was just arriving at the 360th degree of his cycle of life when Chavez Jr. landed a blow that rewound the clock 30 years. It was akin to the 7 year old Martinez falling to that Las Vegas canvas. Indeed maybe it was the stamina and conditioning of those cyclist legs that allowed Sergio to physically stand up, however it was undoubtedly the heart of the 7 year old boy from the back streets of Quilmes that gave the initial signal to rise to the feet. Somehow he climbed from the mat, steadied himself on the ropes, bent down to his toes and breathed in a 30 year breath, now ready to finish this journey.

Indeed boxing nearly forgot Martinez. It wasn’t until the age of 20 that he was retrofitted with a pair of boxing gloves and a gum shield and commenced his rise through the ranks. His paucity of amateur schooling led the upstart to find his own unique equation that fitted the formula of the science of boxing. To date it has proven too complex for most challengers.

It is imperative now that boxing doesn’t nearly forget ‘Maravilla’ again. Boxing fans and pundits will question the stock of Martinez, unable to realise the greatness before them. The insatiable greed of the boxing public always wants more, always asks a new question while never fully accepting the latest answer. Maybe boxing enthusiasts will never be happy, they might always refuse a final answer.

Have no doubt Sergio Martinez is among the very best. Now is the time to embrace his success rather than to observe from the back seat of a car, ignorant of what is unfolding before us.