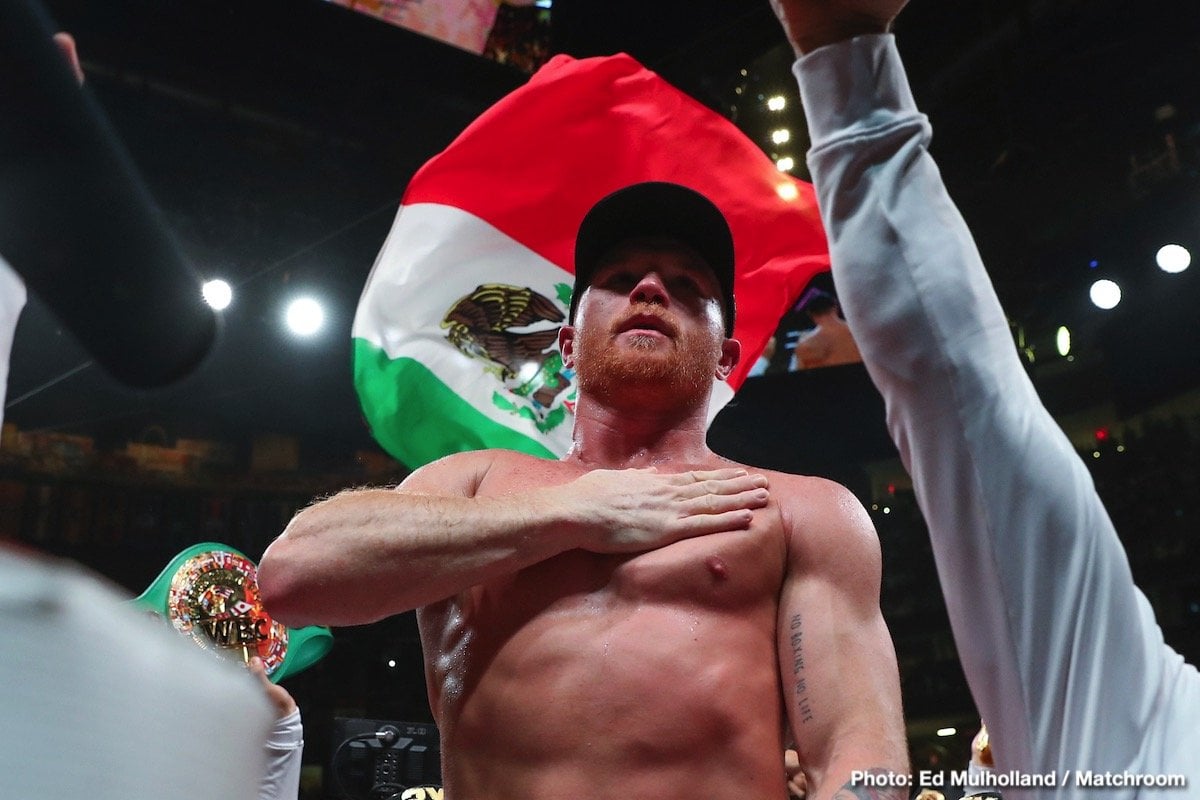 To the surprise of basically no fight fan who knew the fight was being negotiated, Sergey Kovalev Vs. Canelo Alvarez has now been made official. The fight will take place at The MGM in Las Vegas, to go out LIVE on DAZN.

There are plenty of questions to ask going into this, arguably the most interesting, intriguing fight still to come here in 2019: can Canelo handle the power and physical strength of the naturally bigger man? Has Canelo “handpicked” the weakest of the current 175 pound champions? Indeed, how much has Kovalev got left? What will happen if Canelo wins, will he stay at light-heavyweight? And if Kovalev wins, will there be a return, or might another fighter from a lower weight class move up to attempt to defeat him and try to succeed where Canelo failed?

Canelo, 52-1-2(35) is shooting for history with this fight, even though plenty of fans argue he has more business to attend to at middleweight and that he should be minding his business there – that third fight with the guy with three initials for a nickname, for example – instead of moving up weight divisions. Maybe Canelo will drop back down to 160 after November 2, whatever happens (although some fighters who bulked up to try and conquer a higher weight class found out to their detriment that getting that weight/muscle off was way tougher than expected, so who knows).

If he can topple the 34-3-1(29) Kovalev, who at age 36 is the older man by seven years, Canelo will become just the fourth Mexican fighter in boxing history to have won recognized world titles in four weight divisions (for Canelo, it would be gold at 154, 160, 168 and 175 – Erik Morales, Jorge Arce, and Juan Manuel Marquez being the three current Mexicans to have ruled in four weight classes).

It’s a fascinating fight, no doubt; even though it has had (before it was officially confirmed) it’s critics. Canelo IS taking a big risk, no doubt, and it could prove a costly one. Then again, Canelo is a wicked body puncher and the cat that came out of the bag some months ago (see the Andre Ward-Kovalev rematch) told us how much “Krusher” can be crushed by hard and constant shots to the midsection. Canelo’s game-plan going into this one does seem somewhat easy to figure out.

Will we see a KO either way, or a hard and grueling chess-match type of bout? Who will YOU be rooting for on November 2?