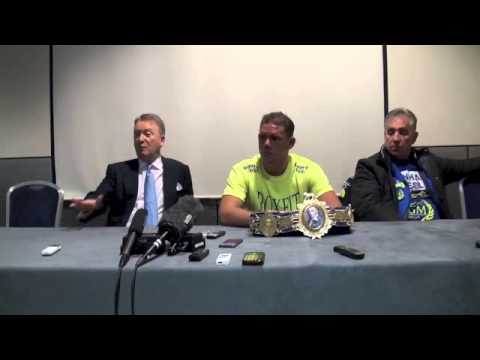 Into the sixth, Eubank Jnr. started to get to work throwing in plenty of hard body shots and uppercuts that dragged Saunders into a brawl for the mid-part of the fight.

In the penultimate round Eubank Jnr. landed some hard shots that Saunders shook off, but it was the champions earlier better work that kept him his titles by a close margin.

Saunders, who defeated the fourth undefeated opponent in a row with his victory, said, “It was a hard, gruelling, fight but I had the toughness and heart to come through and show that I am a real champion and the real deal,”

“I’ve still got lots to learn, I’m only 25, and I’ll listen to my trainer Jimmy Tibbs and my promoter Frank Warren as they’ve got me to this point in my career and we’re now within touching distance of the WBO World title,”

“After starting well in the early rounds, I did get a bit relaxed and let him back in the fight when I shouldn’t have and Jimmy told me I needed to step it up. I know I wobbled him in the second and I remember his legs dipping, maybe I should have stepped it up then, but I feel that I had too much for him in the end,”

“I’m delighted with the win, I’ve defeated my biggest rival and get to keep the British title in my sweetest victory, he goes to the back of the queue now and I’m focussing on my next fight for the world title. I respect him as fighter, as I do any fighter getting into the ring, but I don’t respect him as a person. When I win the world title, and if he can get himself back into winning ways, I’ll give him a rematch, but from now on I don’t want to talk about him, he’s the past, I’m the future.”

Warren said that Saunders will now fight the winner out of another WBO Eliminator between Irishman Andy Lee and Russian Matt Korobov on December 13.

In another big domestic battle, Birmingham’s Frankie Gavin made the fourth defence of his British Welterweight title and regained his Commonwealth title with a unanimous points win over Bradley Skeete. 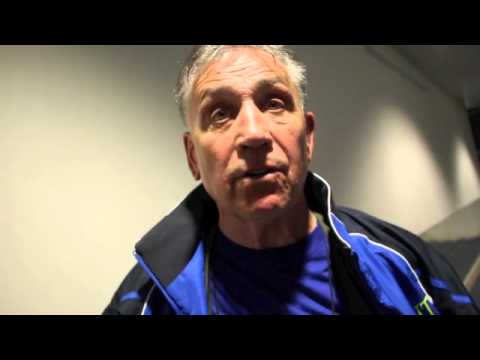