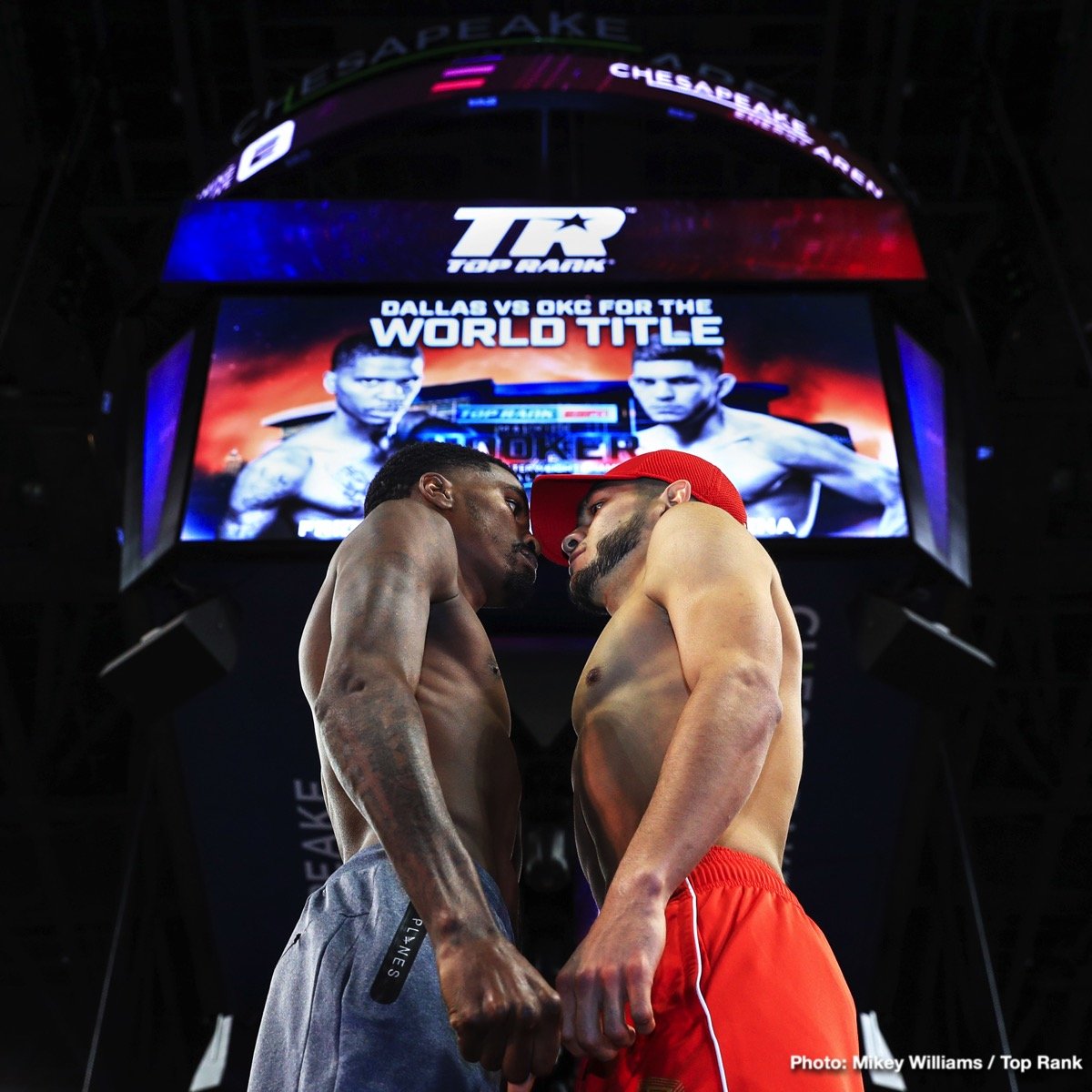 This Friday night live on ESPN, from the Chesapeake Energy Arena in Oklahoma City, Alex Saucedo challenges Maurice Hooker for Hooker’s WBO junior welterweight strap. Can Hooker use his outside skills to wrangle Saucedo’s aggression or will Alex’s pressure and power overwhelm the titleholder?

Although it could hurt Hooker on the judge’s scorecards, it’s nice to see Top Rank bring Saucedo right back to his hometown of Oklahoma City. Back in late June, Saucedo engaged in an all-out war with Leonardo Zappavigna on ESPN. Although Saucedo captured the victory over Lenny Z, it was definitely not a walk in the park.

Just as the action began to heat up, Saucedo got caught with an overhand right that clearly buzzed him. Both men survived what many consider the Round of the Year and Alex would go on to defeat Zappavigna by technical-stoppage in the 7th round.

This Friday night we get a chance to see if Alex learned something from those moments of adversity. The main reason why Saucedo got clipped was failing to put any real meaning into his jab. Hooker will not look to brawl as Lenny Z did instead his comfort zone is on the outside.

Hooker has a zero in the loss column and 3 separate draws, one stands out as a gift decision versus Darleys Perez. With that said, his other two draws came in his first professional bout and against a hardened-veteran in Abel Ramos. Maurice does have a few advantages coming in to this first defense of his belt he won off Terry Flanagan over the summer. Hooker’s only an inch taller than Saucedo but has a whopping 80-inch reach Alex will contend with. Hooker has decent footwork, a quality jab, and respectable ring IQ.

Considering these two fighters have a combined 55 bouts under their belt neither man’s faced a top-level opponent. Both are no doubt battle tested and may have hit their ceiling at this point. Hooker more so then Saucedo, then again Hooker has faced slightly better opposition overall.

Will Alex Saucedo stick to a jab and use faints on the way inside to nullify Hooker’s long reach? If Alex shows a touch more patience instead of barreling forward, he will likely find success in bunches. Slowly but surely Saucedo needs to chip away at Hooker until that lanky tree-like frame gets cut down.

It’s worth mentioning per usual how a fighter, in this case Saucedo, will throw caution to the wind fighting in front of his home fans, especially someone with a brawling balls-to-the-walls style like Saucedo. If he can keep his composure until he hurts Hooker look for ‘El Cholo’ to finish the show in style.

As previously stated, this hack-of-a-scribe is not the only one who thought Darleys Perez deserved the victory back in 2016. Credit should go to Hooker for fighting a very clean and smart fight to beat Terry Flanagan full filling every boxer’s dream of winning a title.

The first half of this matchup you can expect to be a nip-and-tuck affair. Not only does the bull vs. matador example fit perfectly, the betting odds are virtually neck and neck. Clean punching will help get Hooker off to a better start regardless of how the hometown crowd reacts to Saucedo lands. Give this puppy about 3 or 4 rounds and the sloppy uneven start should begin to burn up with back and forth action.

One can assume Saucedo will attack the body early and often having a dual effect on Hooker. Not only will it eventually wear down Hooker it will at some point force him to cover up that lanky frame. Once Hooker shells up presumably on the ropes or in a corner, look for Saucedo to unload vicious shots to the body and head. As the tide turns in the middle rounds, the challenger will increase his output which will kill Hooker’s early momentum.

This fight will come down to Saucedo’s ability to cut the ring off against a competent boxer from range. If Alex skips a step looking for that one big knockout punch, it could be a long night full of frustration. The two-action eventually swings towards the hometown kid as he gives the crowd the ending the came to see.

My Official Prediction is Alex Saucedo by late stoppage.