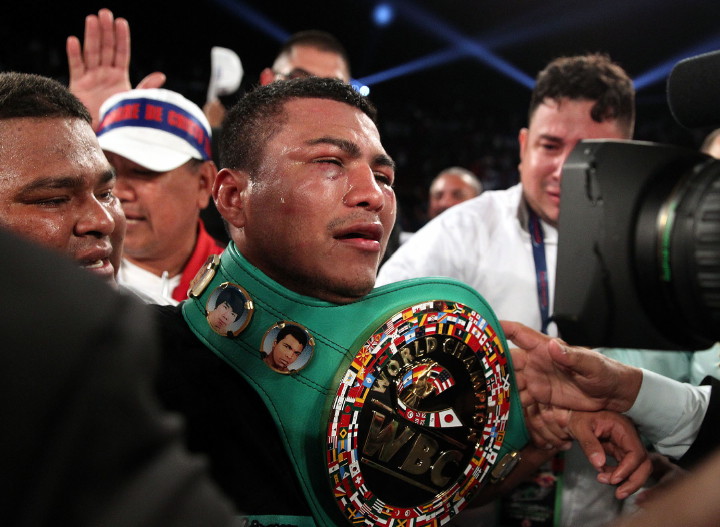 In a fight that lived up to it’s billing and the strong legacy of historical fights at The Fabulous Forum, Gonzalez and Cuadras battled at an extraordinarily high pace amidst loud chants of “Nicaragua” and “Mexico” throughout the fight.

The 29-year-old Gonzalez displayed excellent skills featuring his legendary combination punching, consistent pressure throughout the fight and excellent accuracy against the taller and bigger Cuadras.

Stated Gonzalez after the fight, “We both gave a good fight, this was the most difficult fight of my career. I’ve never fought at this weight before, but I felt I won the fight.”

“I wasn’t hurt to the body but I definitely felt the head blows.”

“With pleasure I would face Naoya Inoue.”

“Alexis Arguello will always be number one, he is my teacher and I am his son. This victory is for my family, for Nicaragua and for God.”

Said a disappointed Cuadras, “It was close but I think I won, he’s never been hit that much in his career, just look at his face.”

“He is relentless; he didn’t get tired all night. His defense was better than I expected. He was stopping my shots with his arms and coming right back with his own punches.”

In the HBO World Championship Boxing co-feature, Yoshihiro Kamegai, (27-3-2, 23KO’s) stopped Jesus “Renuente” Soto Karass, (28-11-4, 18KO’s) in the eighth round of their scheduled 10-rounder. The fight, a rematch of their epic clash from this past April in Los Angeles, was stopped by Soto Karass’ corner before the start of the ninth round.

Kamegai controlled the action throughout the fight, backing up the Mexican gatekeeper with heavy handed punches to the head and body. Scoring a knockdown in the eighth, Kamegai capped the punishment as Soto Karass’ corner had seen enough.

“I feel great, Soto Karass is a very tough fighter but tonight I was stronger.”

“Hopefully this victory will lead to better opportunities and bigger fights for me.”

“Thanks very much to Mr. Honda and Golden Boy Promotions along with HBO.”

Utilizing a range finding jab, Martin controlled the action, scoring at will in the early rounds. Martin capped his performance by dropping Villarraga in the fourth with a huge right cross and continued to control the action throughout the fight.

“I’m happy with my performance, I know I have improvements to make however,” said Martin. “He was a tough fighter, a little awkward but I was able to adjust. “

‘I’m very excited to win my first title and look forward to much more success with the WBC.”

“I love fighting here at The Fabulous Forum, it feels like home and I’m very thankful to Tom Loeffler for the opportunity.”

Fighting for the third time at The Fabulous Forum, Estrada displayed a full arsenal, thrilling the early arriving crowd as she dominated every round.

Said Estrada, “This fight was a risk for me, she had much more experience, but it’s the type of risk I needed to take and will continue to take.”

“My defense was strong against her early aggression and it allowed me to stick to my game plan.”

“This was my third fight this year, I’d like to fight once more before the year is out. It feels great to fight here and I’m so grateful to K2 Promotions and The Fabulous Forum for this opportunity. It’s very important not just for me but for all of women’s boxing to fight on such a big card.”

In the opening bout of the evening, Brahmabigi Montgomery of Apple Valley, California, improved to 2-1-1 with two knockouts with a fourth round stoppage (2:44) of pro debuting Chazz Moleta of Hawaii in their scheduled four round lightweight but. 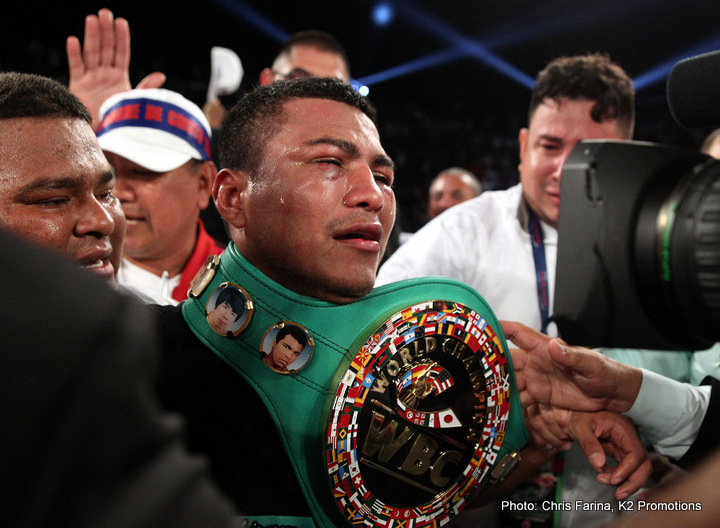 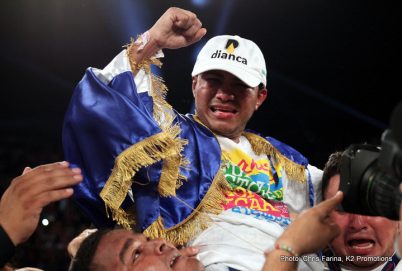 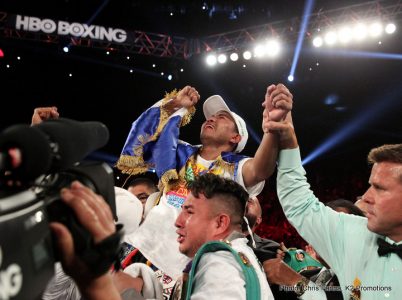 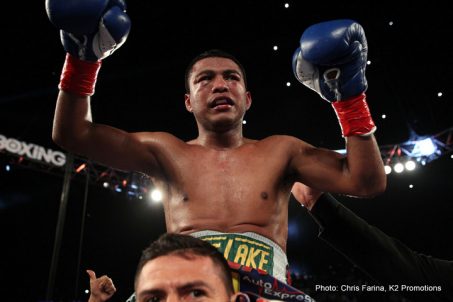 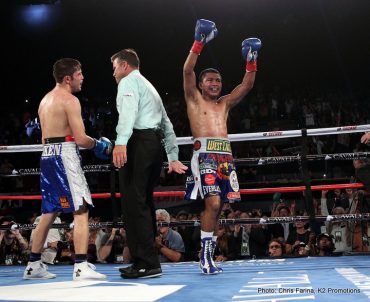 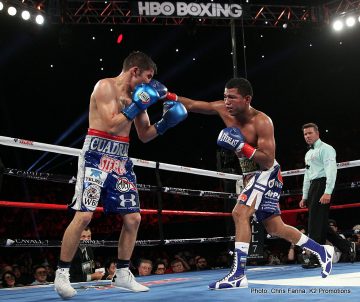 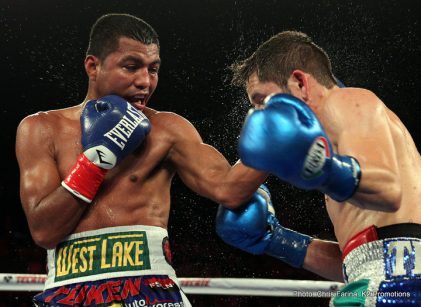 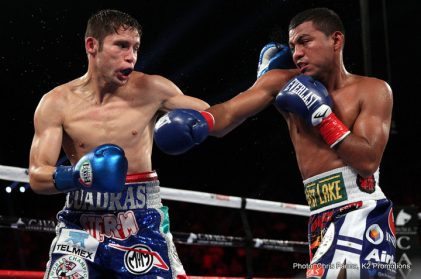 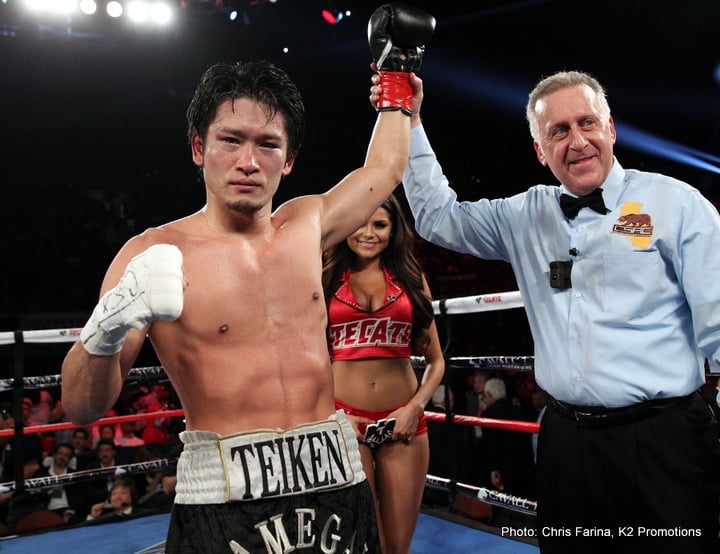 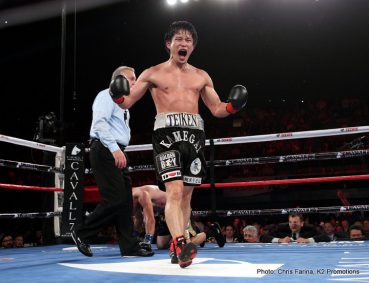 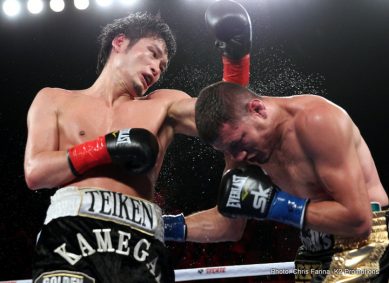 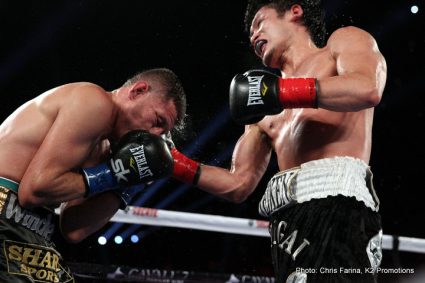 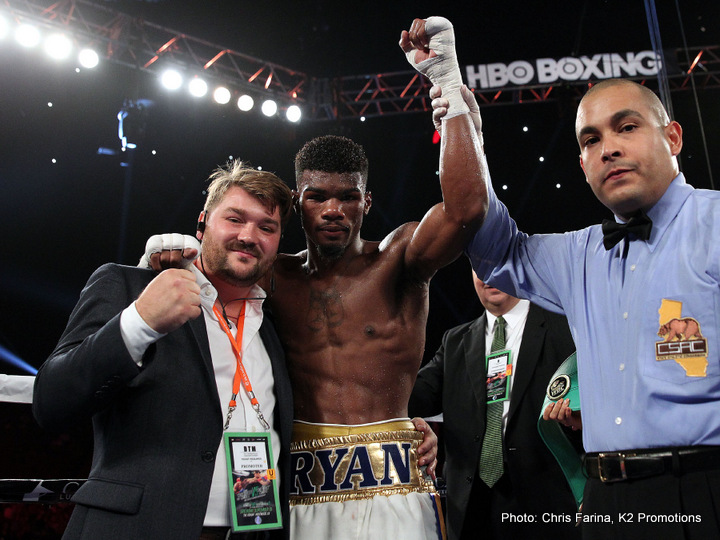 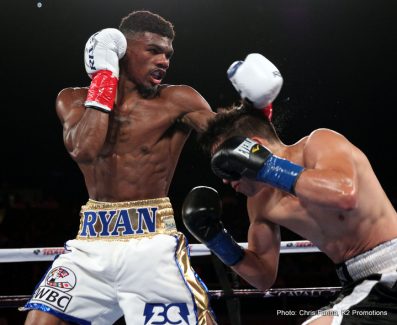 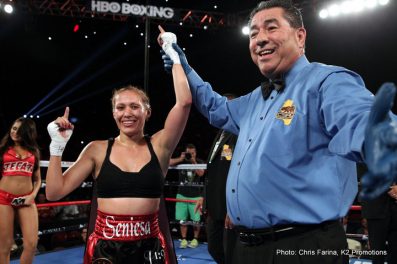 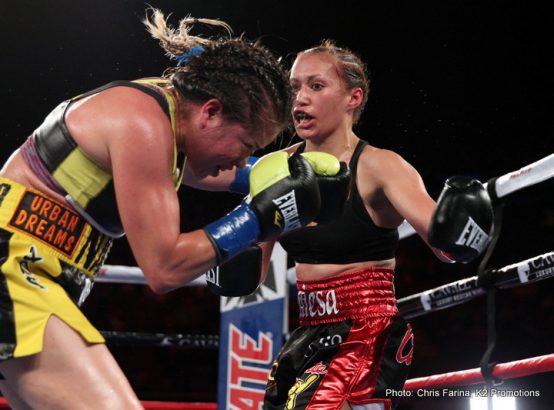 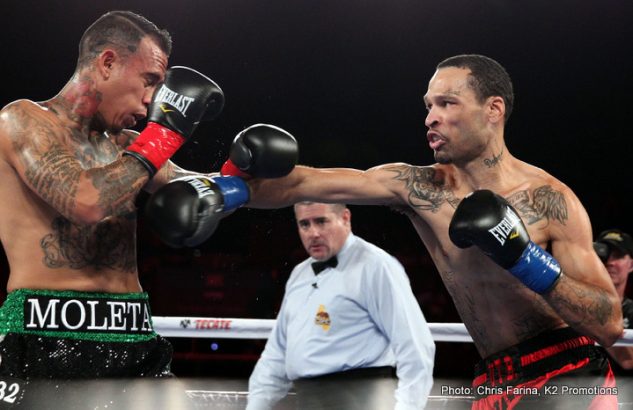