Chocolatito and Estrada (43-3, 28 KOs) had planned on meeting in March, but El Gallo was coming off an illness and couldn’t take the fight, Estrada has since come back, and he’ll be ready to go on Saturday night in this much-anticipated bout.

While some boxing fans see no point in the third Estrada-Gonzalez fight, given that Chocolatito (51-3, 41 KOs) dominated both of the first two contests and was arguably robbed blind in their rematch last year in March 2021.

It’s still exciting to see these two warriors meet again, but hopefully, the judges don’t spoil things like they did the last time these two met in Dallas, Texas.

When is Estrada vs. Chocolatito 3?

It’s unclear how much the 32-year-old Estrada has left in the tank, though, as he looked badly faded in his last fight, edging fringe contender Argi Cortes by a 12-round unanimous decision last September.

Many boxing fans saw Cortes as deserving as the winner of the fight, considering Estrada was beaten to the punch the entire fight and looked nothing like the fighter he’d once been.

“Well, when you talk about why you’re so excited about Estrada – Chocolatito 3, watch #1 and watch #2,” said Eddie Hearn to Matchroom Boxing about Saturday’s trilogy fight between Roman ‘Chocolatito’ Gonzalez and Juan Francisco Estrada, live on DAZN. 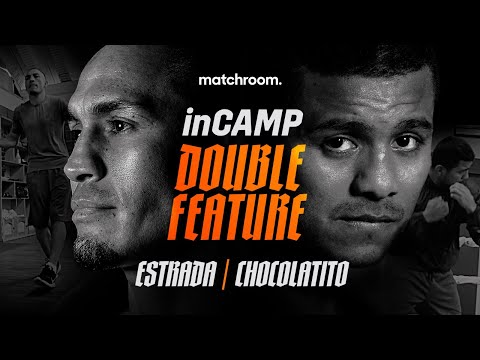 Last year, Estrada beat Chocolatito by a 12-round split decision in March 2021 in Dallas, Texas.

“I had the pleasure of promoting number two, and all I could think about when that final bell went is, ‘When is number three?'” said Hearn.

“Estrada got the decision in part two in a fight could have gone either way. Many felt that Chocolatito deserved to win that fight, but if you look at his performances, particularly against Julio Cesar Martinez, he looks like he’s getting better and better with age.

“El Gallo is a tremendous fighter, a fighter with the Mexican grit, the heart, a true warrior. You know in this house exactly how this is going to play out. Neither fighter is going to take a step backwards.

It should be an interesting fight from start to finish if Estrada can regain the form that he had in his first and second fights. If not, Chocolatito will score a stoppage over a very old-looking Estrada.