Rewind to September of 2017, and Nicaraguan great Roman Gonzalez looked to be heading towards the finish line. Stopped, for the first and only time in his career, by Srisaket Sor Rungvisia, “Chocolatito” looked to have no more sugar left; having lost twice in a row to the tough Thai. But Gonzalez, at age 30, bounced back.

Gonzalez managed to put the two losses to Rungvisai well and truly behind him and, after a year off, he returned to turn in a four-fight winning spell – with Gonzalez winning the WBA super-flyweight title and then retaining it; before losing to Juan Francisco Estrada in what many people felt was the 2021 Fight of the Year. The rematch should be taking place this Saturday, but Estrada had to pull out due to Covid.

And in stepped Julio Cesar Martinez.

27-year-old Martinez, 21-1(18) – with the loss coming in his pro debut of October of 2015 – instantly agreed to step in, and step up, from flyweight, to take the Gonzalez fight. And you know what? – the fans will be the big winners as a result.

Martinez is an out-and-out warrior, and he will be looking to take Gonzalez out on Saturday. The assured blend of heart, skill, and ferocity this upcoming fight brings will really be something. Think back to modern-day classics like Barrera-Morales and some of the other lower-weight wars that made us all feel like big men, and the upcoming fight might well do it for you in terms of anticipated action.

We’ll see on Saturday, but Gonzalez, AKA Chocolatito, against Martinez, AKA “El Rey” may well prove to be this year’s best fight, it’s epic.

Don’t you dare take the risk of not tuning in for this one!

How much has Gonzalez got at age 34? How great can Martinez become? We will get some answers on Saturday night in San Diego. Not to overstate, but this one could be very special. Plenty of experts are predicting, to quote, “an all-out war.” 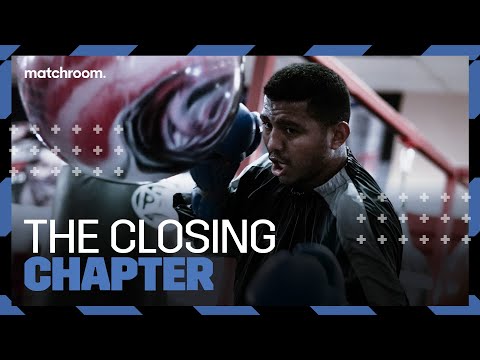