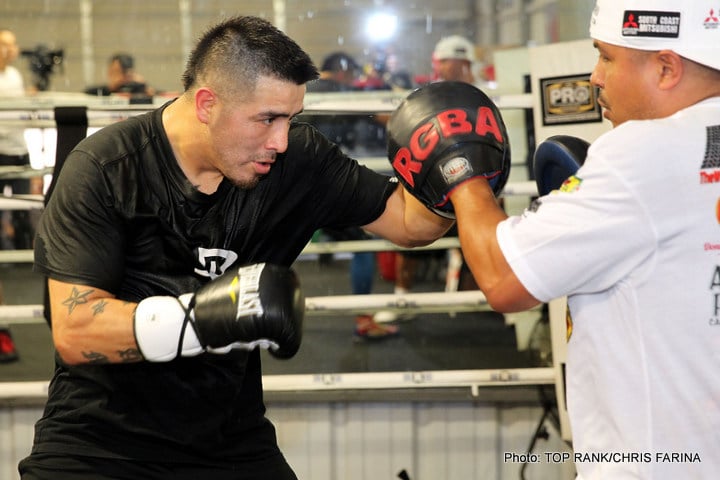 However, in speaking to ESNews, Garcia has confirmed that Rios is indeed seeking to box on, although exactly what his options are at the moment – in terms of the wider divisional picture at 147, remain to be seen.

“Brandon Rios is coming back. He retired for a week,” Garcia said. “He’ll be back at 147 lbs and he’ll fight again.”

Speaking after the loss to Bradley, Rios’ appeared unconcerned by the stoppage defeat, and shrugged it off with a customary, ‘f*** it,’ although he did concede that he simply couldn’t pull the trigger against the rejuvenated ‘Desert Storm,’ and that ‘when it’s time to go, it’s time to go,’ confirming he felt he was exiting the sport at the right time.

Yet after recent speculation from his manager, Cameron Dunkin, and now this confirmation from Garcia himself, it seems the Top Rank star is set to put an indifferent 2015 behind him in order to attempt a meaningful return to the ring at some point in 2016.

Yet, now 3-3 in his last 6 fights, there is a belief among many fans that Rios is a shot fighter, and convincing them that he is anything other than that is going to be a monumental task for the 29 year old ‘Bam Bam’ next year.