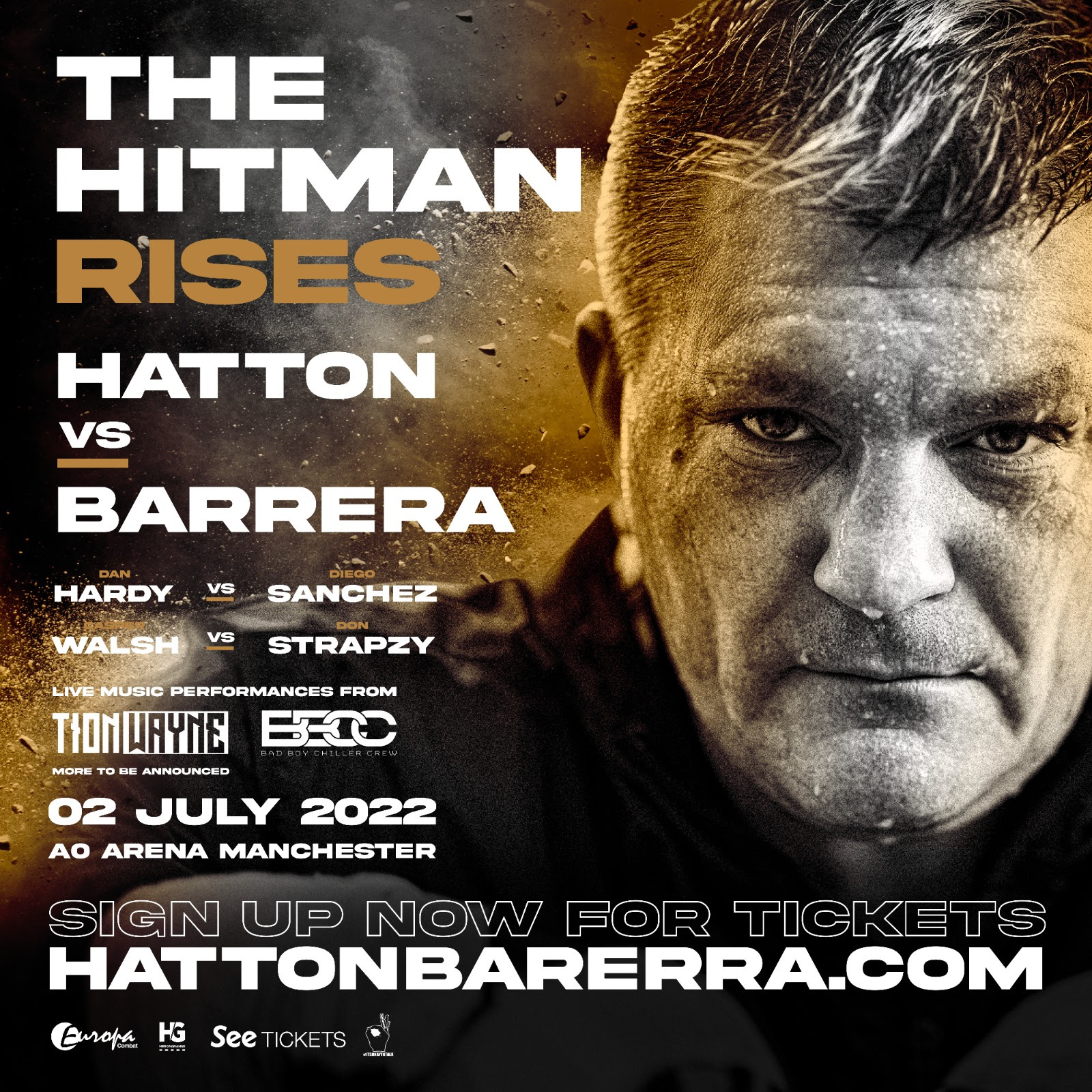 British legend Ricky Hatton has confirmed he will return to the ring against fellow veteran Marco Antonio Barrera, this some ten years after “The Hitman” last fought. Hatton posted the annoucement on social media. The eight-round exhibition bout will take place at The Manchester Arena on July 2.

Hatton posted that it will be a “party night” in his home city and that musical acts will also perform.

I can confirm my return to the ring.
Join me for a huge party night – with top music acts – in Manchester on July 2. #HitmanRises
Ticket info: https://t.co/k2DKZfbSSl
It's not how you fall, it's how you rise… pic.twitter.com/8MUSHXivHE

While this is of course quite crazy news it’s not total madness, as the two legends are only going to box an exhibition bout. Still, Hatton will have to shift a considerable amount of weight to be in fighting shape; judging by his recent appearance anyway.

Barrera, who last boxed in 2011, has quite recently fought an exhibition bout, this with Jesus Soto Karas last year (the bout being declared a draw at the end) and the 48 year old Mexican legend has kept himself in good physical condition. According to The Sun article.

So what to make of this latest big-name exhibition show? Fans will of course tune in; Barrera and Hatton are huge names, they lit up the sport in the 1990s and 2000s and both guys had a strong fan following, Hatton especially. Hatton did say last year that he himself enjoyed the hyped-up exhibition bouts between the likes of Mike Tyson and Evander Holyfield, and that big deal of an exhibition inspired 43 year old Hatton to come back (sort of, if not for real).

“I’m all for these dream fights we keep hearing about,” Hatton said in 2021. “I have youngsters coming up to me, saying, ‘I’ve watched your fights on video but I never got to see you live!’ And I think that is why I’m a fan of these exhibitions.”