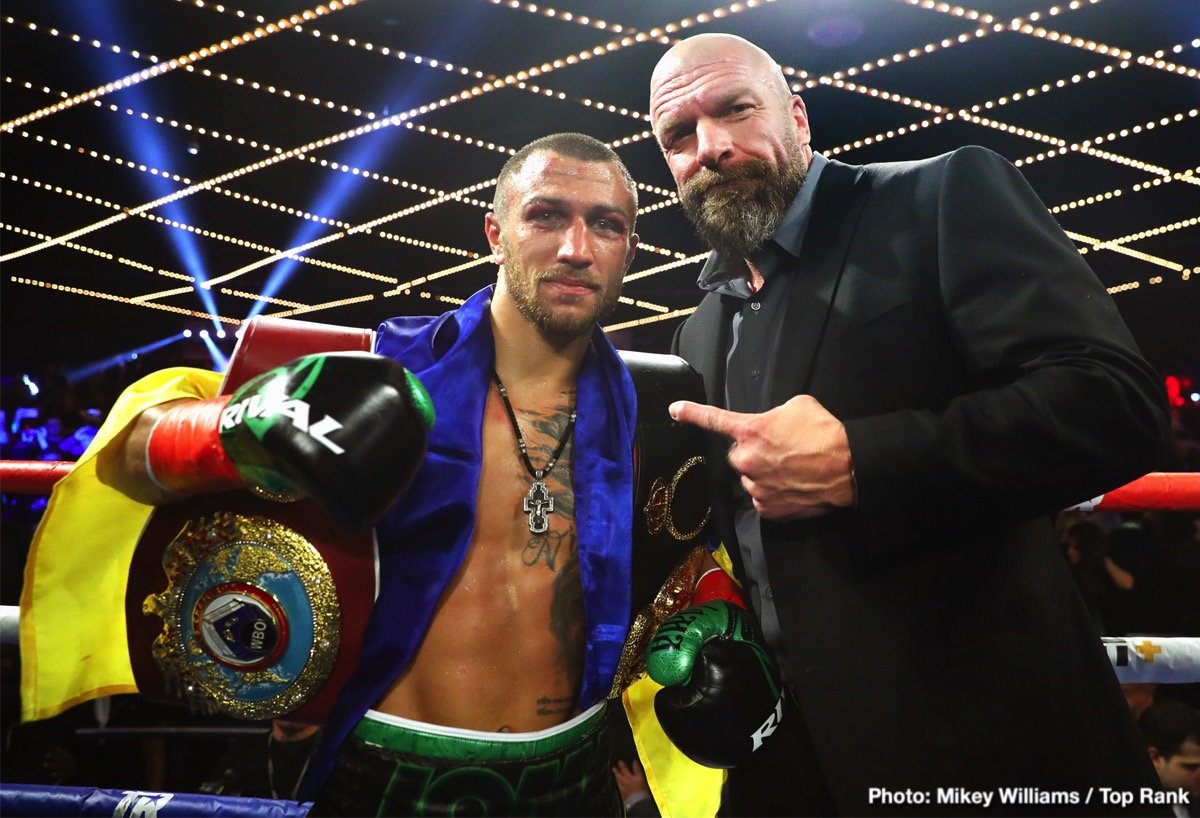 Richard Commey’s misfortune could well turn out to be Anthony Crolla’s good fortune. Commey, who picked up the vacant IBF lightweight title with a crushing stoppage win over Isa Chaniev last weekend, hurt his right hand in the short bout. Now it has been confirmed that Commey will not be able to go ahead with his planned April unification fight with WBA/WBO/Ring Magazine ruler Vasyl Lomachenko.

But, as per a news story from RingTV.com, the pound-for-pound star will keep the April 12 date and he will still fight at Staples Centre. And as British warrior Anthony Crolla, the WBA mandatory, was all set to face the Loma-Commey winner, chances are Crolla will now face Lomachenko next. If no deal can be reached by the two sides (Crolla being with Eddie Hearn, Lomachenko with Bob Arum) a purse bid will be set. As for Commey, he figures to get his big chance later on this year when his hand is fully healed.

It seems likely Crolla, and Hearn, will jump at this chance and that no purse bid will be needed. Crolla has said for some time now how he really fancies his chances against Lomachenko, stating how “he is not unbeatable; he has already lost.” That he has, to the crafty and seriously rough and tough Orlando Salido, seemingly an age ago now. Crolla has mixed it with some of the best, he is a former world champ and he is still fresh and hungry at a well-preserved 32 years old.

Crolla has, like many fighters at or around the 135 pound mark, been studying Lomachenko, and the Brit does feel he has seen a few things he can exploit. Of course Crolla will be a big underdog if he does indeed fight Loma, 12-1(9) next, but we could be in store for an interesting fight. Crolla has won his last three, since losing two competitive fights with Jorge Linares (who gave Loma a great fight last May), while “Hi Tech” won a wide decision over Jose Pedraza in December.

It will be a big night for Crolla, 34-6-3(13) and for British boxing fans come April 12 if this fight does take place then, as seems likely.