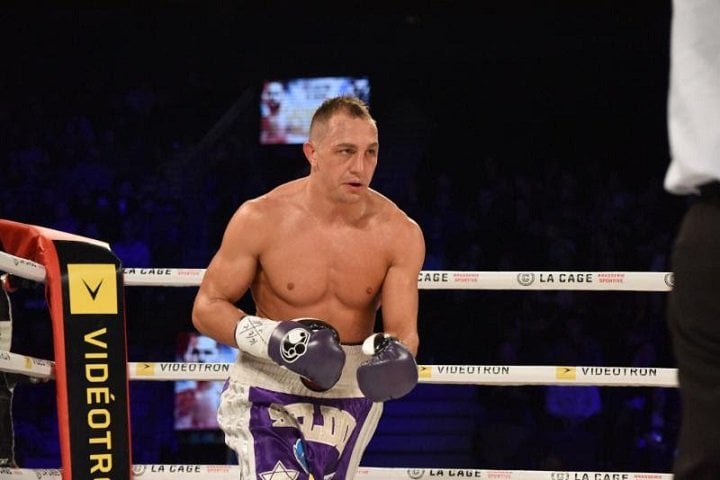 Joining boxing legends Mike Tyson and Roy Jones Jr. as the only fighters to appear on HBO in consecutive months, Seldin was neutralized by his opponent, but Seldin still pressed the action from the opening bell against the elusive Ulysse.

Despite being dropped in each of the first three rounds, Seldin valiantly continued throughout the fight in the hopes of hurting and stopping Ulysse.

“I was not expecting him to move so much, I figured in front of his home town fans he would stand and fight more,” said Seldin, “I tried my best to make a fight of it and refused to let the knockdowns keep me down. The knockdowns didn’t really affect me, I just got up and went to work. I like the combat, it was the chasing that got to me. I just want to brawl.”

Seldin continued, “I’ll be back, I promise you that, I hate to lose and I’ll be a much better fighter next time. I’m a fighter who likes to entertain the fans and bang. I’m sorry I couldn’t catch him. I promise I am going right back into the gym as soon as they let me and I will fix some things so this never happens again. This fight motivates me even more and I promise I will make 2018 the year of the “Hebrew Hammer.”

JOE DEGUARDIA, CEO and President of Star Boxing stated, “Cletus never stopped trying to win and he kept trying to make it a fan friendly fight….Styles make fights. I knew Ulysse was highly skilled boxer but he moved much more effectively than we expected. We congratulate Ulysse and his team.”

“Cletus has now fought three times since September 28. Amazingly, Cletus has asked me to get him back into the ring in January. However I’ve told him to take a couple weeks off and we will bring him back early 2018. Regardless of the result this past Saturday, Cletus has the style and tenacity that fans want to see and he will be back strong in 2018.”