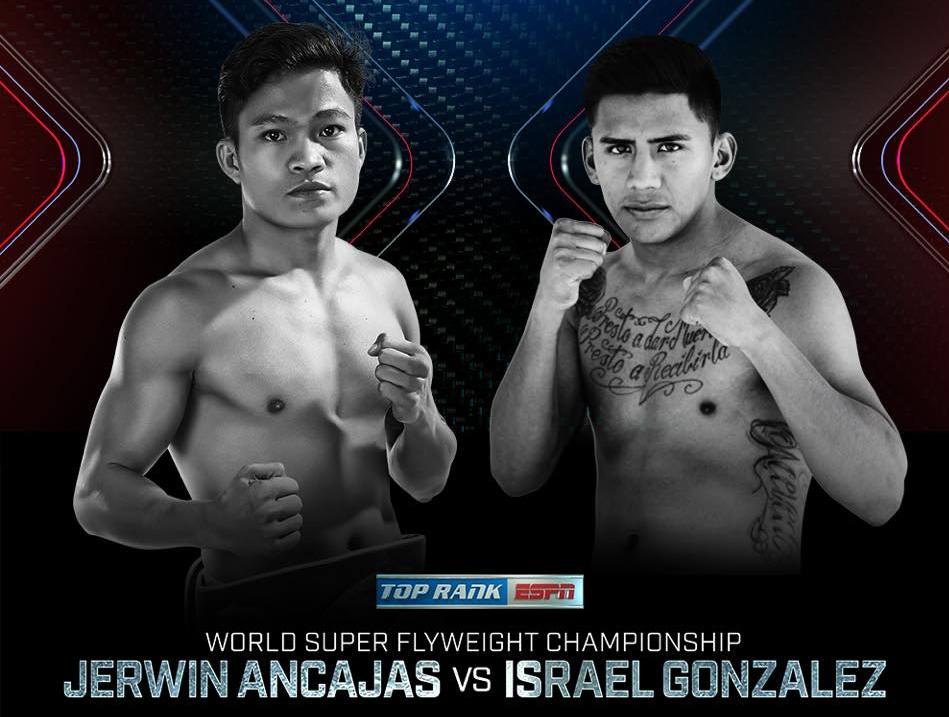 IBF World super flyweight champion Jerwin ‘Pretty Boy’ Ancajas (29-1-1, 20 KOs) dominated an over-matched fringe contender Israel Gonzalez (21-2, 8 KOs) in stopping him in the 10th round on Saturday night on ESPN at the Bank of America Center, in Corpus Christi.

Ancajas was landing his jabs repeatedly in rounds 1-6. In the second half of the fight, Ancajas began to connect with some nice left hands to the head of the Mexican Gonzalez that got his attention and began to wear him down slowly. Gonzalez looked like he was getting tired from the pace of the fight in the second part of the fight. It’s unclear whether he trained hard for the contest or what. He didn’t look like he was in good enough condition to handle the pace that Ancajas was setting.

Some think Ancajas can be transformed into Top Rank’s next Manny Pacquiao. Ancajas didn’t show glimpses of Pacquiao like talent tonight. Against a #9 IBF fringe contender Gonzalez, Ancajas was forced to go 10 rounds before stopping him. That’s obviously not a good sign. He should have been able to knockout this guy quickly if he had talent like Pacquiao. This fight was actually competitive with Gonzalez landing a lot of punches to the head and body of Ancajas. What saved Ancajas is Gonzalez had very little in the way of punching power to worry him. Had him a lot of power, it would have been a problem tonight.

The fight was what you can call a ‘showcase fight.’ In other words, it was a fight intended to be a mismatch to help build Ancajas into a star. I don’t know if it’s going to work. Top Rank is going to need to take some risks with Ancajas by putting him in with good fighters from the 115 lb. division if they want to make a star. That means at some point they’ll need to consider taking the training wheels off and putting Ancajas in with Srisaket Sort Rungvisai, Carlos Cuadras, Roman ‘Chocolatito’ Gonzalez, Rau’Shee Warren and Juan Francisco Estrada. The way that Ancajas looked tonight, I don’t think he can beat any of those fighters. He has too many holes in his game for him to hang with fighters of that caliber. Roman Gonzalez is looking like a shot fighter, but I think he still has enough left to beat Ancajas.