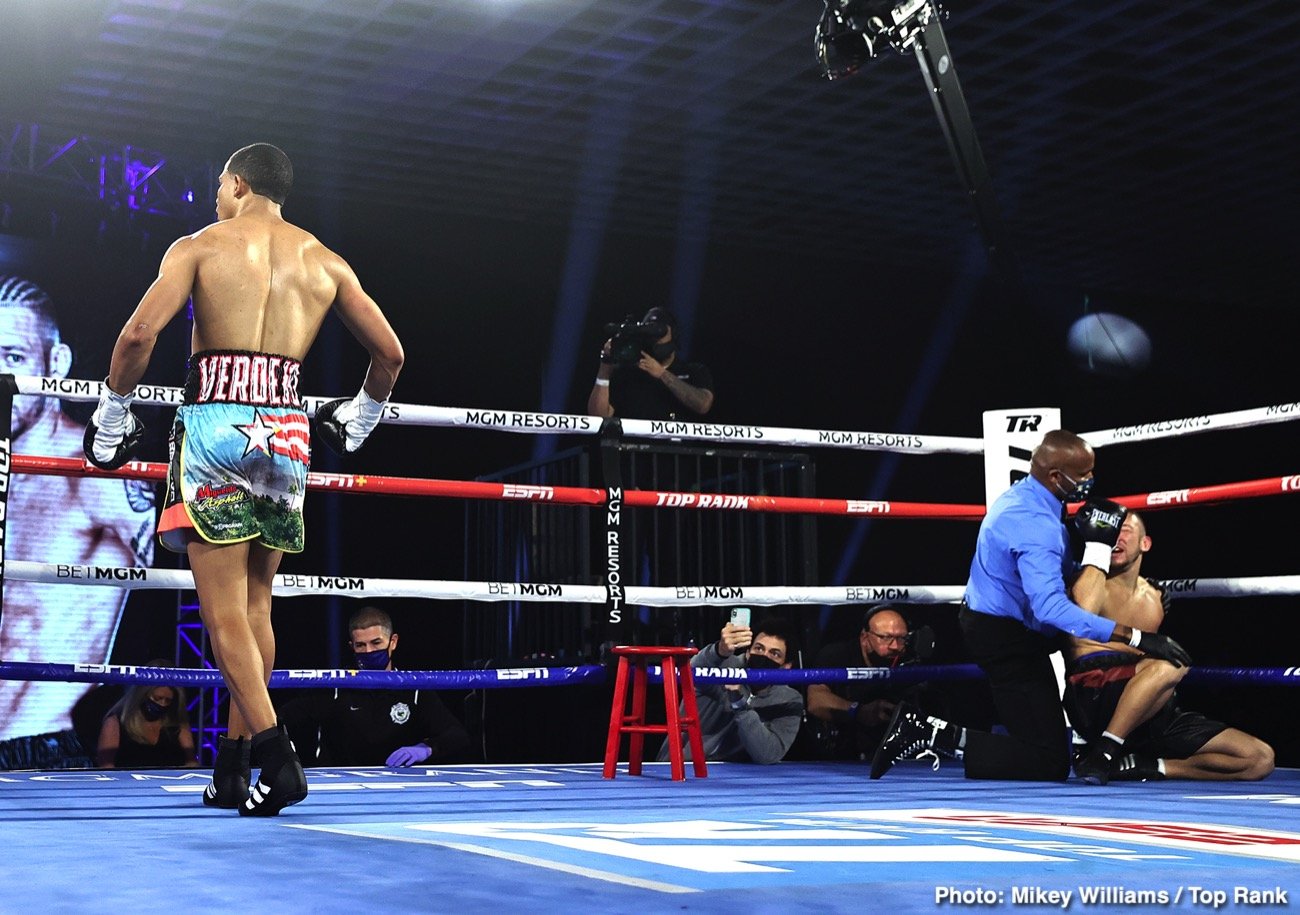 Felix “El Diamante” Verdejo entered, and then conquered, the MGM Grand “Bubble.” The Puerto Rican star knocked out the previously undefeated “Ill” Will Madera in the opening round of a scheduled 10-round lightweight bout Thursday evening.

Verdejo, who represented the island nation at the 2012 Olympics, has now won four straight bouts and is in the thick of the lightweight title picture.

“I am proud of the work I put in with my trainer, Ismael Salas. The hard work is paying off,” Verdejo said. “Madera is a good fighter, but when I had him hurt, I knew I could finish him. 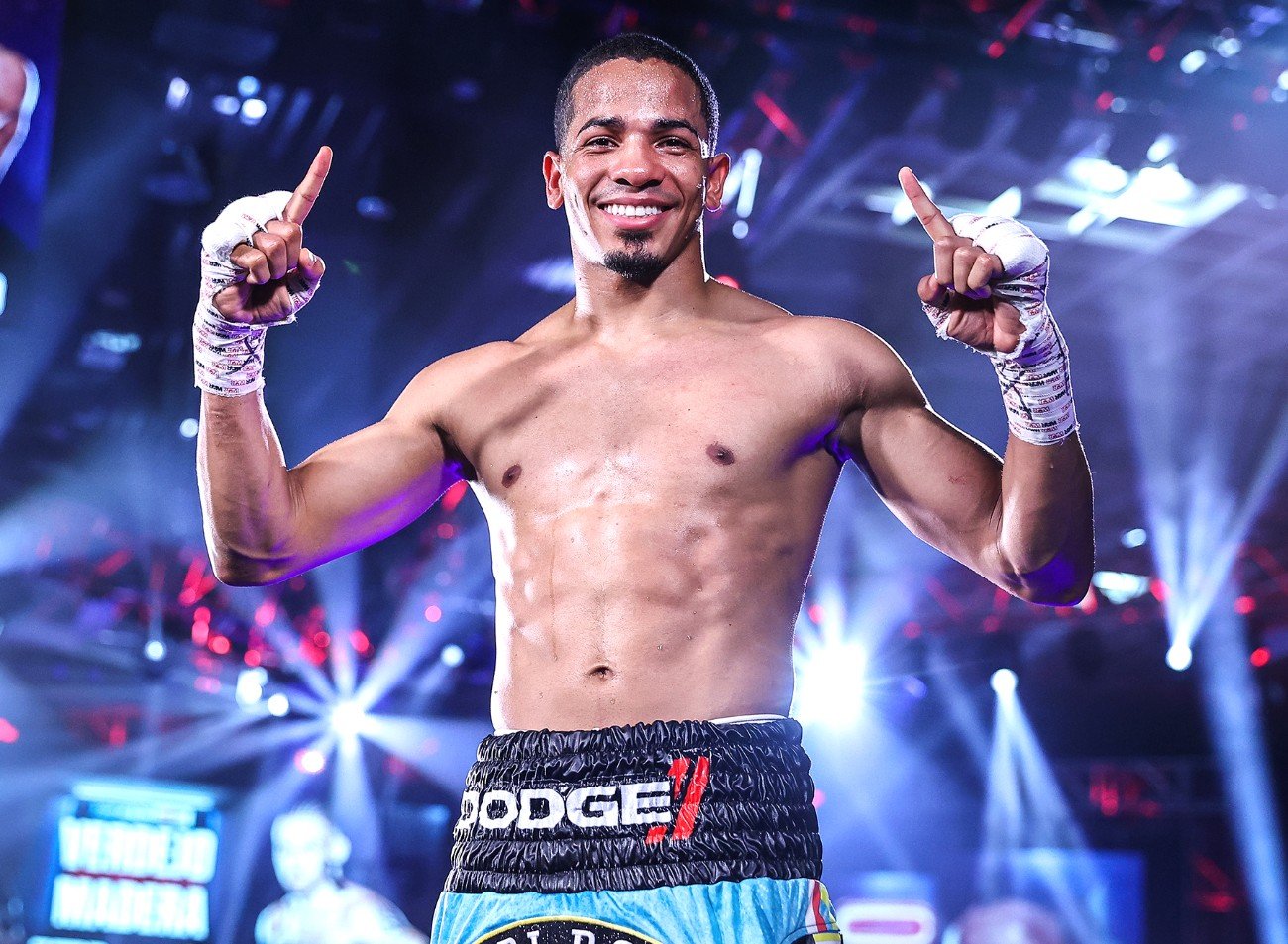 “As for what’s next, Vasiliy Lomachenko is the top guy at lightweight. We have unfinished business from when he beat me in the Olympics. That’s the fight I ultimately want.”

— Heavyweight prodigy Jared “The Real Big Baby” Anderson (5-0, 5 KOs) made quick work of Hector Perez (7-3, 3 KOs), knocking him out with an overhand right at 1:45 of the opening round. Anderson, from Toledo, Ohio, has four first-round stoppages on his ledger.

“That was too quick! I got him out of there and implemented what I’ve been working on in the gym. I want to return as soon as possible. I leave that in the hands of my promoter, but when they give me a date, I’ll be ready,” Anderson said. “It doesn’t matter who they put in front of me. Any of these guys who have fought in the ‘Bubble,’ I’ll fight them.”

— In the four-round lightweight opener, Kenny Davis Jr. (3-2-1) edged Eduardo Sanchez (2-3) by majority decision (37-37, 38-36 2x). Sanchez was knocked down with a body shot in the third round, while Davis had a point deducted in the fourth for spitting out his mouthpiece.