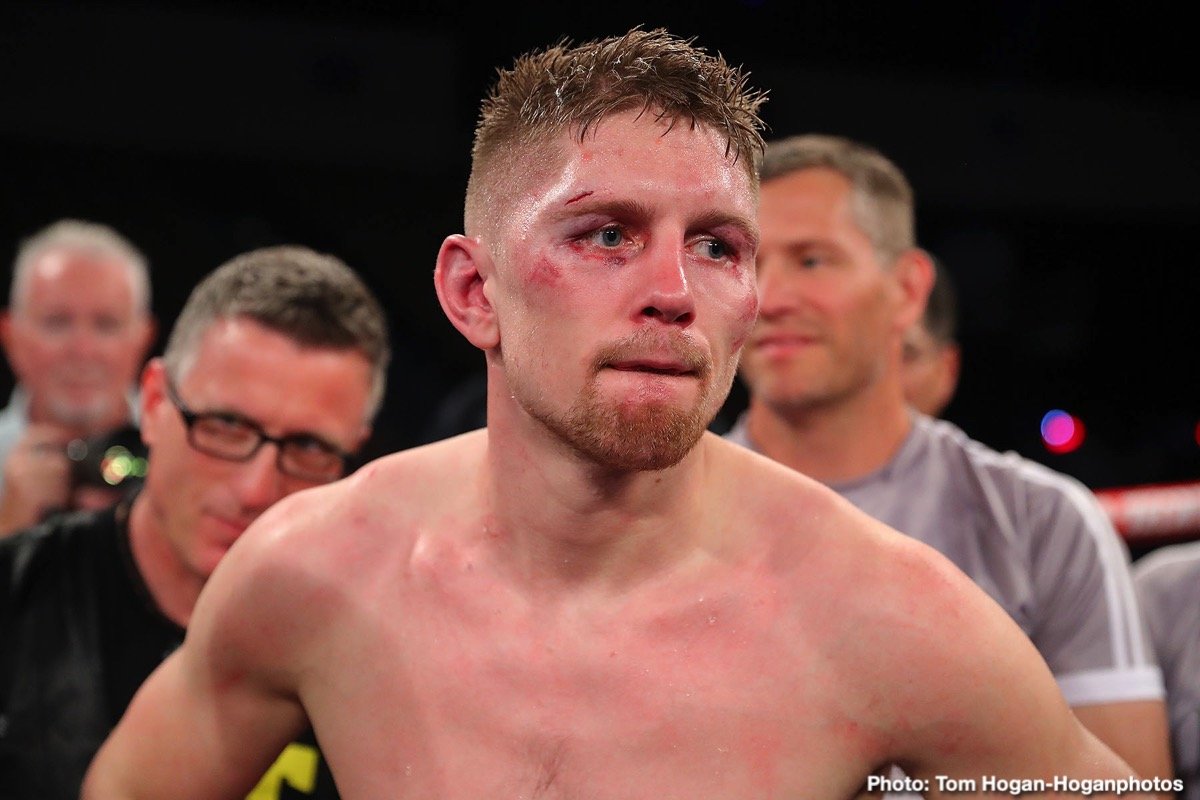 Irish fighter Jason Quigley (18-1, 14 K.O.s) has been offered the September 12 fight against superstar Canelo Alvarez (53-1-2, 36 K.O.s) by Golden Boy Promotions. Quigley, 29, has already agreed to the battle, and he’s waiting on Golden Boy to give him the good news that he’ll be the one facing him.

Canelo vs. Quigley still isn’t a done deal, but it’s already facing massive criticism from boxing fans on social media. Golden Boy might want to listen to the critics and go in another direction for Canelo’s September 12 fight rather than go full steam ahead to set him up with another mismatch.

If Canelo was coming off of a competitive fight against a fighter in his prime, then boxing public would give him a pass for an easy mark like Quigley. In Canelo’s last fight, he picked out an old guy in Sergey Kovalev and beat him for his WBO 175-lb title.

Taking another weak opponent in Quigley is showing boxing fans a trend with Canelo with the level of his opposition at this stage in his career.

Quigley is a fighter that is under Golden Boy’s banner, and they’ve been trying to build him up. He hasn’t gotten anywhere with his career. They put Quigley in with a good fringe contender in 36-year-old Tureano Johnson last year, and he was knocked out by him.

“They have offered me the fight, to fight Canelo Alvarez, and it’s all there,” said Quigley to Sky Sports. “It’s a high possibility now. Golden Boy and my Sheer Sports Management team have been in touch with me.

We’re just waiting now for the possibility. Of course, there are other boxers that could possibly be getting the fight as well. But I have been asked, ‘would I take the fight?’ 100 percent, I said ‘yes,'” said Quigley.

Golden Boy was said to be interested in John Ryder, Callum Smith, and Sergiy Derevyanchenko. Of those three, fans liked the idea of Canelo facing Callum or Derevyancehnko. Ryder is someone that would have made U.K. fans happy, but not so much for U.S. fans.

But Ryder is a far better option than Quigley, and it seems like Golden Boy might be looking for the cheapest opponent they can get without worrying about the quality.

If Golden Boy does go with Quigley, there will be a likely downside of making that choice in terms of fewer boxing fans reactivating their accounts with DAZN. Canelo vs. Quigley is not a fight that will bring in new subscribers because it’s going to be ridiculed by fans. To bring in the new subscribers, Golden Boy needs to pick good opponents for Canelo and no go for natural options.

These would be excellent choices for Canelo:

Earlier on Thursday, Golden Boy boss Oscar De La Hoya revealed that he’s looking to stage Canelo’s next fight at the Fantasy Sprints Resort in Indio, California. Also in play for that fight is Alcatraz Island in San Francisco and Mount Rushmore.

Those are bizarre places to stage one of Canelo’s fights, and you’ve got to wonder who’s the brainchild that thought hat one up? Would Canelo want to fight on Alcatraz? That’s the site of the old prison that was closed in 1963. It would take a lot of work on Golden Boy’s part to set-up a fight on Alcatraz, and it would be surprising if they were willing to do that.

“So, if our options are Mount Rushmore and Alcatraz and Fantasy Springs, I wouldn’t mind going to Fantasy Springs because it would be the most convenient for us because of our partnership with the casino,” said De La Hoya to desertsun.com.