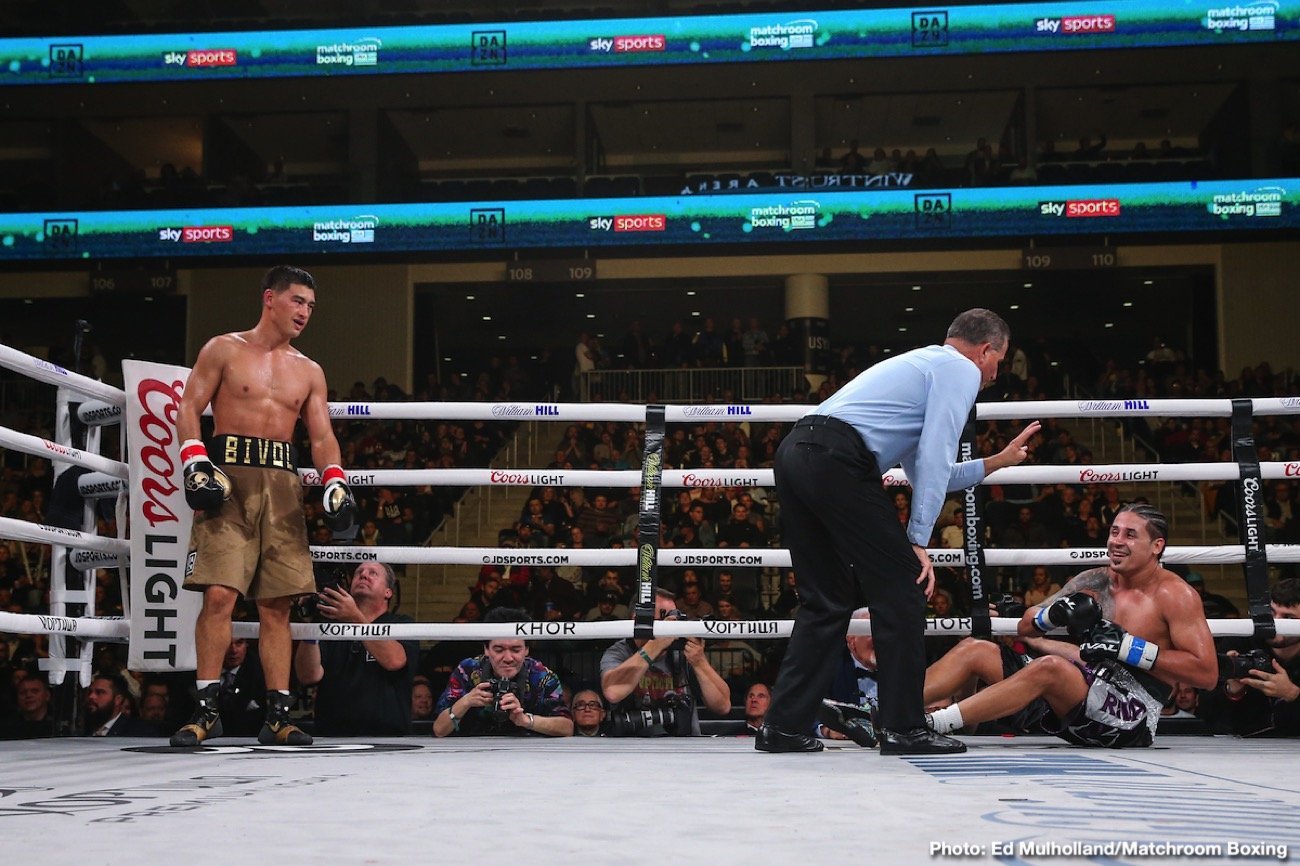 Dominating the action from the opening bell behind a piston like jab and heavy-handed counter right hands, the 28-year-old Bivol displayed his full arsenal throughout the first five rounds. Dropping Castillo with a perfect right hand to the jaw in the sixth round, the Russian would continue his onslaught impressing the massive crowd in the venue.

Said Bivol about the victory “First of all, I want to say thank you to everyone who supports me and watched the fight. Who wants to fight me? Who wants to try to beat me, I’m ready for all comers?”

Stated Vadim Kornilov, “This was a very good performance by Dmitry against an awkward opponent who didn’t want to engage. But Dmitry showed all the skills that he has that puts him at the top of the division. Next, we want to fight for the other world titles in the division, whoever comes away with the titles in the other two bouts in November, that’s who we will target.”

“We can’t wait to fight someone who will come and try to actually win and engage. Once the unifications happen, excitement will come because both guys will do everything to win.”

Rabchenko returns with a win – sets sights on Tim Tszyu

Former European Super Welterweight champion Sergey Rabchenko made a successful return to the ring on Saturday and has targeted world rated Tim Tszyu, son of the legendary Kostya Tszyu. Rabchenko won a comfortable points decision over journeyman Aliaksandr Dzemka over 6 rounds in Minsk, Belarus and is no stranger to the Land Down Under. In 2014 he lost a very contentious split decision to Anthony Mundine, in a fight many thought he did enough to get his hand raised.

“I feel I have unfinished business in Australia. It is a beautiful place, with great people, but I want to knock out one of their up and coming talents in Tim Tszyu,” said Rabchenko. “I look at Tim Tszyu and think he is talented, not as good as his father obviously, but it is someone I can beat and take his place in the world ratings,” he continued. Currently the man nicknamed “Tszyu2” is rated 8th by the IBF and 12th by the WBO.

“Sergey boxed well on the weekend, the idea was to get rounds in and shake off any rust since his last fight in June,” said his manager Philippe Fondu. “As a team we have set our sights on Tim Tszyu. The Australian boxing public is familiar with Sergey after his great fight there with Mundine, so we believe it’s probably a fight that can be made quite easily,” Fondu continued.

“I see Tszyu has a fight against another Australian scheduled. If he wants a real challenge after that, all he has to do is get in contact with my team,” stated Rabchenko. “My record is now 30 wins and 5 losses and I plan on making Tszyu win number 31”.