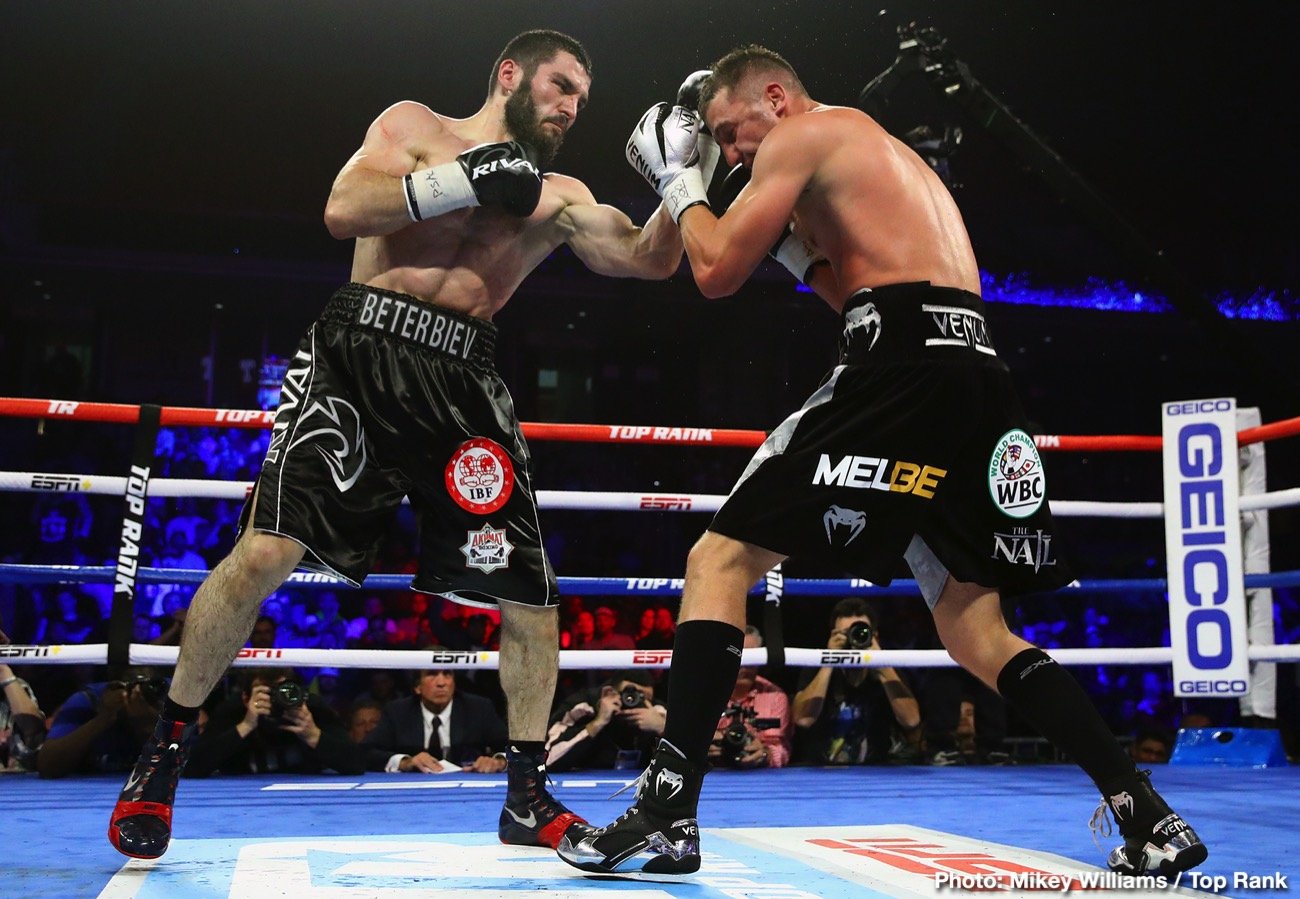 It was a savage light heavyweight battle that lived up to the Philadelphia billing. Artur Beterbiev, in a back-a-forth affair, knocked out Oleksandr Gvozdyk in the 10th round to unify the WBC/IBF light heavyweight titles Saturday evening at the Liacouras Center.

Beterbiev knocked down Gvozdyk three times in the 10th, as referee Gary Rosato immediately waved off the fight following the third knockdown.

Beterbiev (15-0, 15 KOs) was behind on two of the three judges’ scorecards at the time of the stoppage.

“We work in the gym We work hard, and we have some targets,” Beterbiev said. “My first target, second target and other one comes soon.

“It doesn’t matter {who I fight next.} Anyone. I’m focused on title, not on name.”

Kudratillo Abdukakhorov (17-0, 9 KOs) maintained his status as the IBF No. 1 welterweight contender, scoring a unanimous technical decision (99-91, 98-92 and 97-93) over former world title challenger Luis Collazo (39-8, 20 KOs) after a cut opened up above Collazo’s right eye in the 10th and final round.

“I am the IBF No. 1 contender, and I would like to fight for the title fight next,” Abdukakhorov said. “I wanted to fight Errol Spence Jr., but unfortunately he got in a car accident. I wish him a speedy recovery, and if he’s ready to fight soon, I would like to fight him. If he has to vacate the title, then I will fight whoever they put in front of me.”

Collazo injured his biceps in the fifth round and was unable to throw his left hand much throughout the second half of the fight.