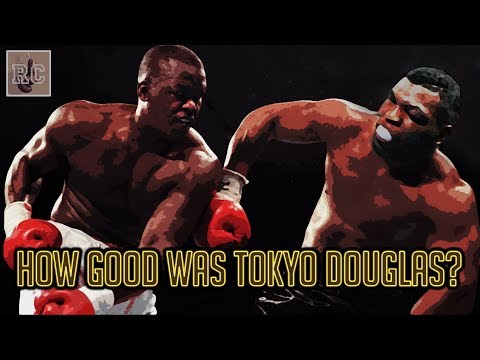 On February 11, 1990, at the Tokyo Dome in Tokyo, Japan, James Buster Douglas defeated Iron Mike Tyson to become the new undisputed WBC/WBA/IBF heavyweight champion of the world. It was the biggest upset in the history of prizefighting and arguably the biggest upset in all of professional sports.

Douglas never had a performance remotely approaching that one, before or after. But on that one night in Tokyo, James “Buster” Douglas was nothing short of brilliant.

So how good was Tokyo Douglas?

So in order to address the question – How good was Tokyo Douglas? – it largely depends on one’s overall views of Iron Mike Tyson.

The two most pressing questions pertaining to Iron Mike, are #1 exactly how good was prime Mike Tyson? And #2, how good was Mike Tyson when he faced Tokyo Douglas?

When it comes to evaluating the career of Mike Tyson, you again have two basic schools of thought. On one extreme there are those who believe that Mike Tyson at his best was one of the greatest head-to-head heavyweights of all time. On the opposite extreme, you have those who believe that Mike Tyson dominated over a weak era and that he was never anything special. Those are the two extreme opposing viewpoints, and a lot of grey area exists here.