IBF light heavyweight champion Artur Beterbiev (15-0, 15 KOs) showed off his brutal punching power in pounding away at WBC champion Oleksandr Gvozdyk (17-1, 10 Kos) until the fight was halted in the 10th round on Friday night in their unification fight at the Liacouras Center, in Philadelphia. The time of the stoppage was at 2:49 of round 10.

Beterbiev knocked Gvozdyk down  4 times in the fight, although he was only given credit for the 3 knockdowns in the round 10.  The first round knockdown by Beterbiev was overturned by the referee.

Gvozdyk tried to use his hand speed, combination punching and size to win rounds, but he couldn’t keep the harder hitting Beterbiev from landing his hard shots. What had worked for Gvozdyk throughout his career to keep his opponents from landing shots didn’t work tonight against Beterbiev. 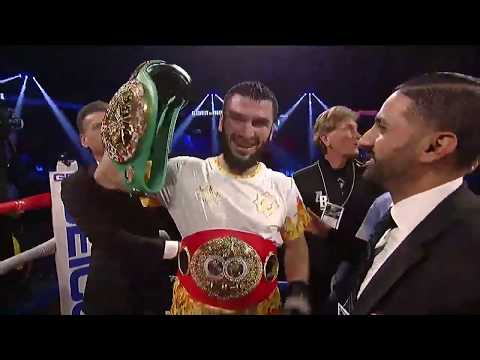 Beterbiev was able to cut off the ring, and land his pulverizing body and head shots repeatedly. What was surprising was how excellent Beterbiev’s jab. The force of Beterbiev’s jabs were like power punches, and they clearly bothered Gvozdyk.

Through the first eight rounds, Gvozdyk fought well enough to still be in the fight. Beterbiev was starting to overtake him by the 8th, but it was still winnable one for Gvozdyk. However, the complexion of the fight changed in round 9 when Beterbiev hurt Gvozdyk with some big shots that had him close to being knocked out. Gvozdyk did a lot of clinching to survive in the 9th. At the end of the round, it was painfully obvious that Gvozdyk wasn’t going to make it through the 10th. He was too hurt, too tired, and too outgunned by Beterbiev.

In round 10, Gvozdyk took a knee for the first legitimate knockdown in the fight. Beterbiev then dropped Gvozdyk two more times before the fight was stopped.

You’ve got to give Gvozdyk huge credit for taking as much punishment as he did in this fight, because a lot of fighters would have been stopped a lot earlier in the 10th.

“It doesn’t matter {who I fight next.} Anyone. I’m focused on title, not on name,” said Beterbiev.

The winner of the November 2 fight between WBO light heavyweight champion Sergey Kovalev and Saul Canelo Alvarez would be an ideal opponent for Beterbiev’s next fight. However, many boxing fans expect Kovalev to lose to Canelo. If Canelo wins the WBO belt, he’ll vacate it, and move back down to 160. The only reason Canelo is coming up to 175 is to add another division world title to his possession for his legacy. This isn’t about Canelo fighting the best fighter at 175 or even the third best. It’s about him winning his 4th division world title.

Beterbiev’s best bet for a unification fight would be at against WBA champion Dmitry Bivol. He’s a solid fighter, who is ambitious, and likely willing to fight Beterbiev in a unification.

From one warrior to another. 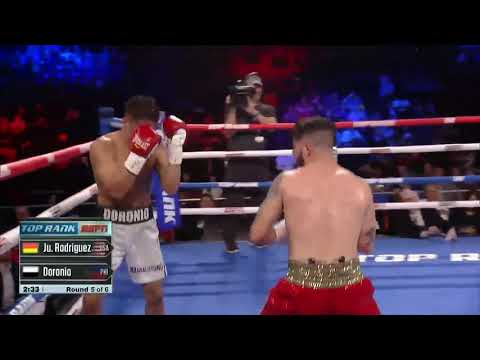