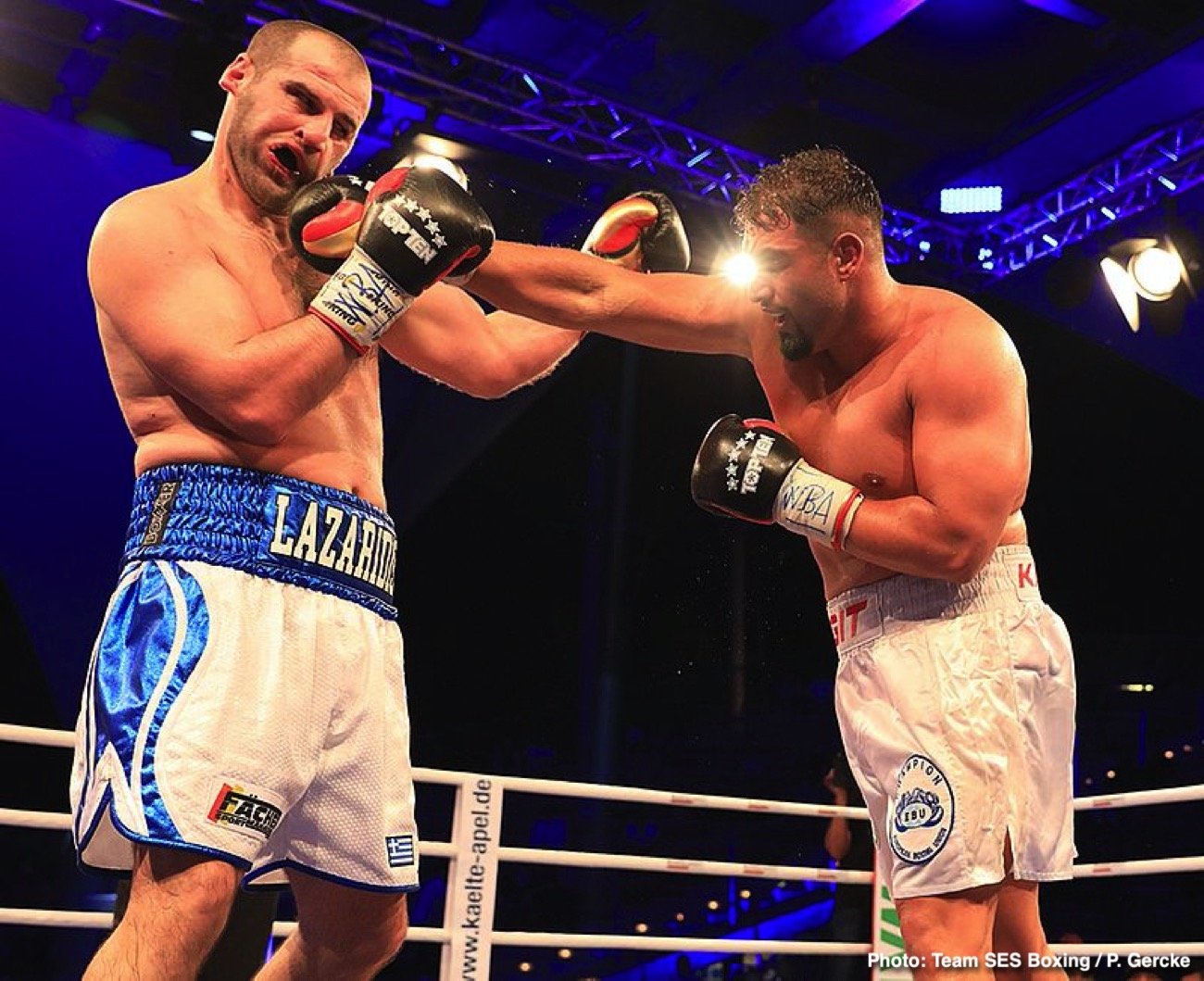 It was an enjoyable fight to watch despite the one-sided nature of the rounds. Lazaridis was game and he tried his best coming forward, but Kabayel scored with the damaging shots, he won almost every round and he marked up his opponent’s face. The crowd of around 1,000 – this the limit that was permitted to attend due to the ongoing coronavirus restrictions, the fight taking place outside – enjoyed the action.

It never really looked as though Kabayel would get himself a KO or stoppage, but he got a good night’s work in in this, his first fight since right back in March of last year. Kabayel was a little rusty early on but he soon got into his groove. So what next for Kabayel, who has that pretty big win over Dereck Chisora on his ledger? Kabayel singed up with Top Rank a while back and he should have had his U.S debut by now. The coronavirus messed that up, along with a whole lot of other things boxing related, but Kabayel could have his U.S debut in his next fight.

He’s not a massive puncher and Kabayel might not have the stuff needed to become a world champion, but the German has a fan-friendly style and there are a number of good, solid match-ups that could be made. Kabayel against the likes of Carlos Takam or Oscar Rivas would certainly prove quite interesting. At age 27, which is of course pretty young for a modern day heavy, Kabayel has a good amount of time ahead of him.