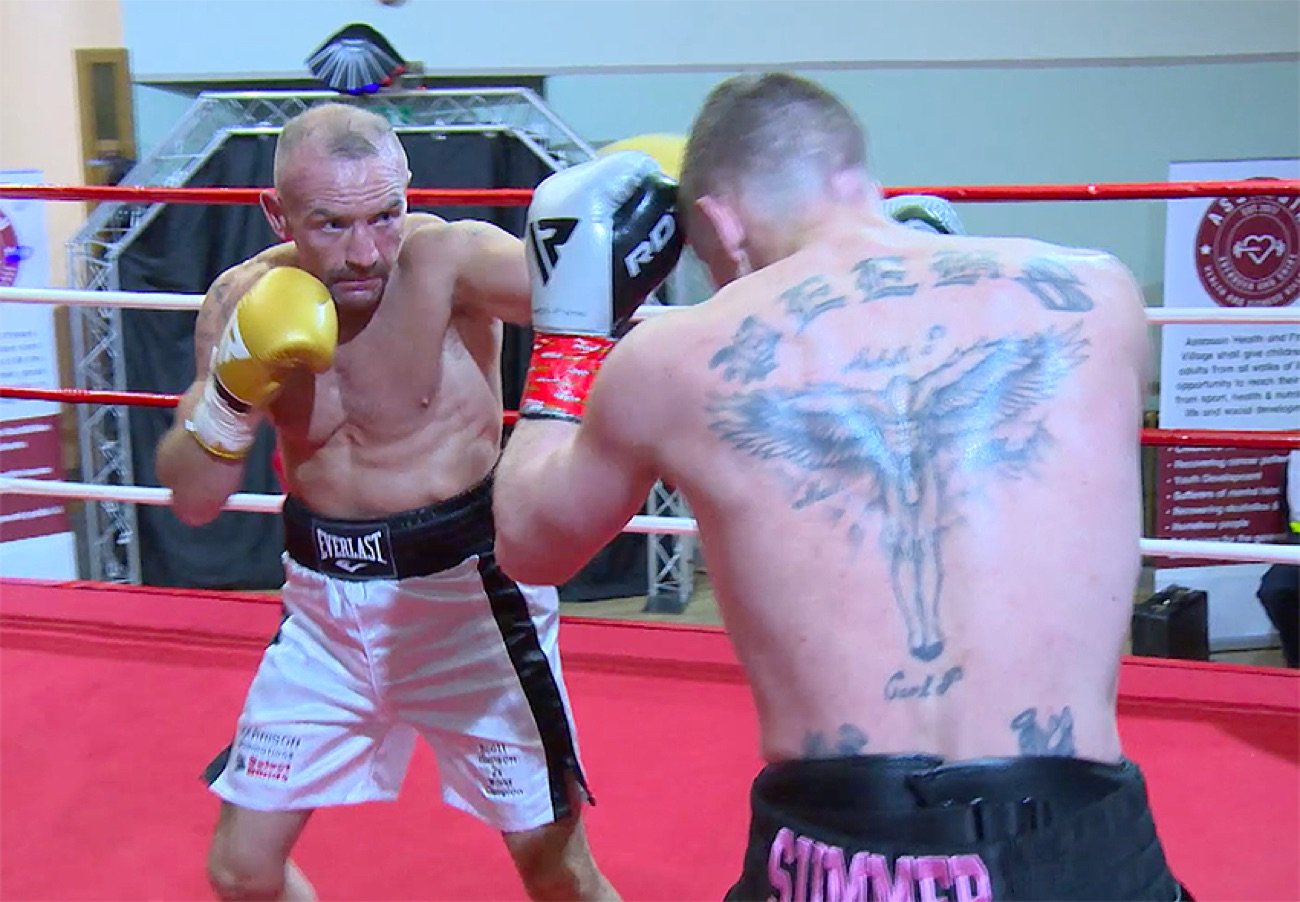 If they ever make a film about fighter Scott Harrison it will be some drama-filled, eventful story. The former WBO featherweight champ has served time in jail, both at home and abroad, he has had his problems with drinking, with drink-driving and he has committed assault. Yet the Scot is still here, still boxing and still beleiving he can win another world title.

Now aged 42 and inactive over the past seven years, Harrison scored a third-round win over Paul Peers in Aberdeen last night. The bout, one that took place behind closed doors, was licenensed by the British and Irish Boxing Authority, Harrison denied a licence by the British Boxing Board of Control.

Harrison stopped Peers with a body shot in the third-round, the corner of Peers pulling their man out. Harrison, who has certainly kept himself in fine physical condition, was delighted with his first win since 2012 and he is already looking ahead to his next fight.

“My comeback means everything to me and my kids,” Harrison said after the win. “Thanks and God bless, onto the next fight.”

Harrison, 27-3-2(15) lost a decision against Liam Walsh when he last boxed, in March of 2013, and it will prove to be a mighty task for Harrison to fulfil his dream of becoming a world champion again. Back in his prime, Harrison was thrilling fans with great action fights with the likes of Manuel Medina, Wayne McCullough and Michael Brodie. Harrison has retained some of his old fire, but how much? How far can this comeback go?

Harrison is not fighting for the money.

“It is not just a matter of coming back, making some money, and then retiring,” Harrison told BBC Sport. “I truly believe I can win a world title again. If I was 50 of 55, I would tell you I could make a comeback and still win the title because I would keep myself in condition.”

What a story it would be if Harrison managed to do it. Harrison’s story is already a truly compelling one.