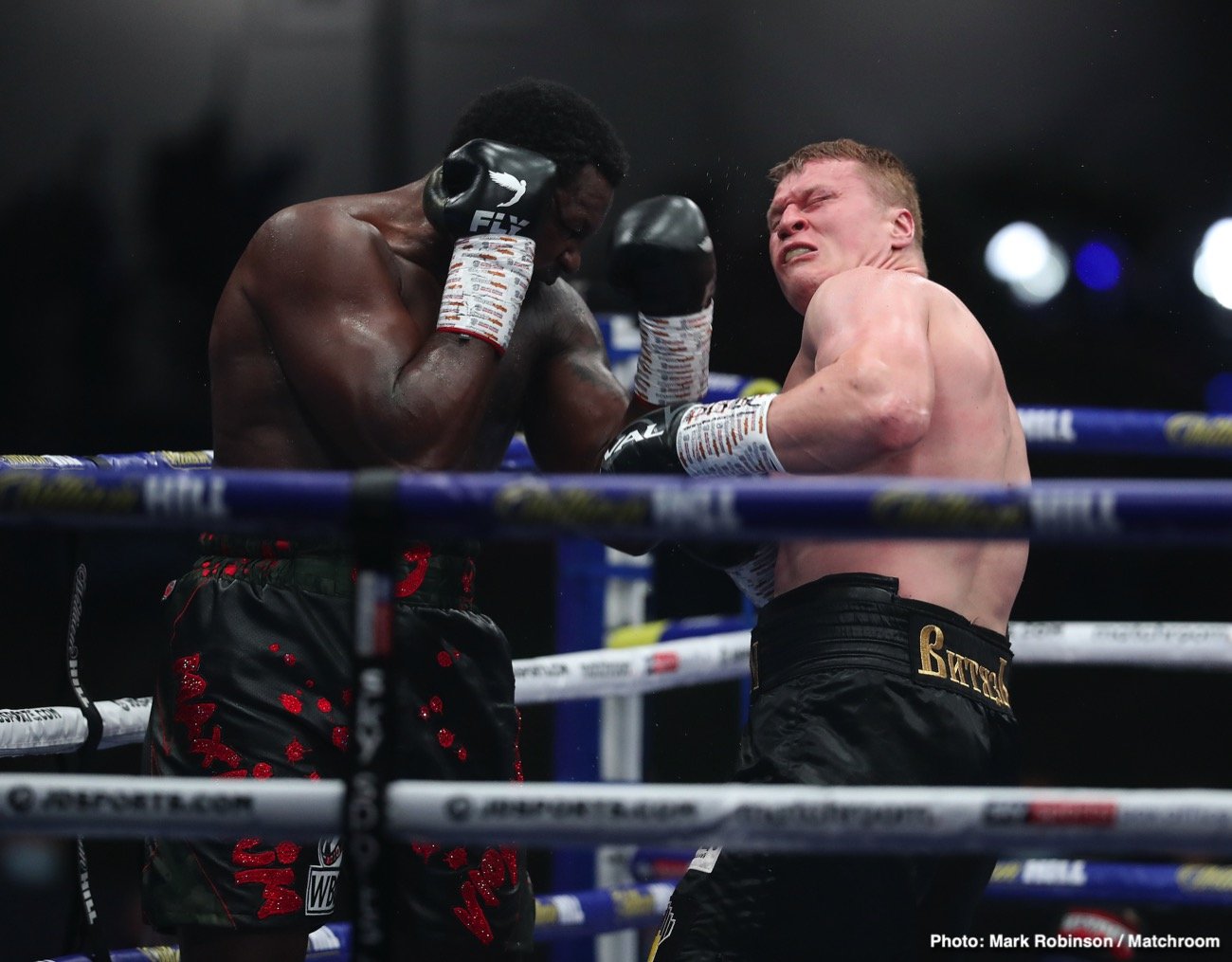 Eddie Hearn has said he wants the Alexander Povetkin Vs. Dillian Whyte rematch to take place fast; in November in fact. Speaking with IFL TV, Hearn mentioned the dates November 14 and November 21. That would be some quick turnaround for both fighters, Whyte who was violently knocked out, and Povetkin who turned 41 years of age this month. But will the rematch actually happen then?

World of Boxing head Andrey Ryabinsky has told RT that so far there has been “no confirmation or information” regarding a November date for the return fight.

“There has been contact [with Eddie Hearn]. There will be a rematch, we just don’t know when. About November 21 we don’t have any information,” Ryabinsky said.

There was some talk from the Russian promotional outfit of a desire to have the rematch staged in Russia, but London’s O2 is the likely venue (if crowds will be permitted by then). It makes sense for this fight, one that will be a big event, a P-P-V event, to not take place in December; when Anthony Joshua will fight Kubrat Pulev (the date now talked of being December 12) and Tyson Fury will fight his third fight with Deontay Wilder (the date being spoken of Dec. 19).

Fans cannot be expected to pay for three P-P-V events in the same month. But again, is it rushing things on the part of the two fighters if Povetkin and Whyte collide again as soon as just three months on from their first battle? It would come as no big surprise if Povetkin and Whyte did not actually fight again until early next year. Maybe this would prove to be the best scenario all round.

Whyte though is reportedly “obsessed” with fighting, and beating, Povetkin in a rematch. Will his chance come in 2020, or some time in 2021? Povetkin is aiming to defeat Whyte a second time and then fight for the world title, in a bid to become a two-time champion. Povetkin and Whyte really will have everything to fight for when they do meet again.