Canelo Alvarez and Gennady Golovkin will be battling for the third and likely the final time in seven days from now, on September 17th on DAZN PPV at the T-Mobile Arena in Las Vegas.

The fight is largely viewed as a cash-out for the 40-year-old Golovkin by knowledgable fans, and they don’t see him as having any shot at winning. It’s seen as just a final big payday for Golovkin before he hangs up his gloves.

You can argue that the fight hasn’t been promoted heavily like the first two Canelo-Golovkin fights, but you can’t blame the promoters for that. Even if they spent massive money promoting the trilogy, the interest from the public would be ho-hum. It’s a fight that should have taken place in 2019 instead of 2022, and the ship has sailed since.

At this point, Canelo vs. Golovkin is like an old movie that fans no longer want to watch. It doesn’t help that the first two fights were seen as robberies benefitting Canelo and that the third contest is being staged at the same venue at the T-Mobile Arena.

It’s easy to understand the lack of enthusiasm from boxing fans. Canelo put a lot of energy into becoming the undisputed super middleweight champion from 2018 to 2021, fighting mainly European fighters that the American fans had never heard of and weren’t excited about.

To top it off, Canelo lost his last fight against the Russian fighter Dmitry Bivol last May, and he looked nothing short of terrible. This, too, was a fight that U.S fans weren’t eager to see, as they weren’t familiar with Bivol, and they wanted Canelo to fight David Benavidez or Jermall Charlo.

Besides Canelo hurting his popularity by fighting opposition the U.S fans have had no interest in seeing, Golovkin has done far worse. He’s fought only four times since 2018, focusing on less popular fighters.

Although Golovkin has had the opportunity to fight quality guys like Jermall Charlo and Demetrius Andrade, he’s been content to face the more obscure easy marks to ensure that he didn’t lose and miss out on a cash-out against Canelo.

“I think we had a good two fights, and the people want the third fight with Golovkin,” said Canelo Alvarez to Matchroom Boxing about his trilogy clash with Gennadiy Golovkin on September 17th.

“He always says I’m not a good champion and I’m an embarrassment for my country. All that kind of stuff. That’s why I’m mad with him because when he’s in front of me or near to me, he don’t say anything about that.

“That’s why I’m mad. He says a lot of things, but when he’s in front of me, he doesn’t say anything. He’s a good fighter. He’s a difficult fighter. He’s a strong fighter, a smart fighter, and one of the greatest of all time.

“The styles between him and I are perfect for a good fight. I think I’m more mature, more strong, I think I have more experience, and I think I’m in my prime. I think that’s going to be the difference.

“People are always going to talk. If he wins, they’re going to be happy. If he lose, ‘Oh, he’s 40 years old.’ I don’t care about that. I always worry about how I train and just fight the best.

“I think it’s going to be a good fight, but my goal is to end the fight before the 12th round,” said Canelo. 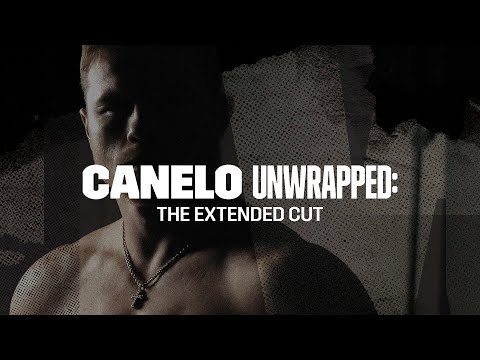