This Friday night Golden Boy Promotions slated an interesting card from top to bottom. Recently signed Gilberto Ramirez is looking to keep his unbeaten streak alive versus Sullivan Barrera in a light heavyweight matchup. The co-feature is solid as well when former junior lightweight titleholders Joseph Diaz Jr. and Javier Fortuna square off in hopes of becoming a mandatory challenger. The winner of the main event should be in position to challenge the heads of the pack at 175. This event will be broadcasted on the DAZN streaming service.

Ever since Gilberto Ramirez defeated Arthur Abraham all the way back in 2016 it’s seems his boxing career has been stuck in neutral. Gilberto was featured as a main event attraction on the ESPN network who had recently signed a deal with Top Rank. Ramirez’s first bout under the new arrangement came against the undefeated at the time Jesse Hart. In a very competitive contest Ramirez got the nod, unfortunately Gilberto best opponent since that victory was the rematch he won again over Hart. Even worse Ramirez has just 5 outings in almost 4 year’s time. 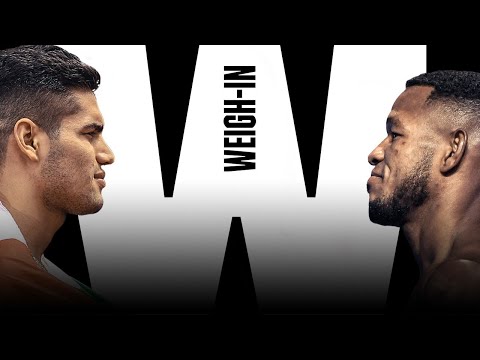 Standing across from Gilberto Ramirez this Friday will be a past his prime yet still competent boxer in Sullivan Barrera. Ironically, Sullivan’s last bout resulted in a defeat by the hands of you guessed it Jesse Hart. Other than losing a clear decision to Andre Ward, Sullivan Barrera had a nice win over then unbeaten Vyacheslav Shabranskyy along with a quality victory over Joe Smith Jr. in 2016.

If Barrera is to win on Friday the early rounds will be crucial. As the fight wears on that early lead could force Ramirez in to making a mistake trying to catch up. Certainly Barrera has skills and good pop but age and the long layoff may be too much of a factor to overcome. The youth and punch rate along with a steady body attack make for good enough reasons to favor Gilberto Ramirez. Taking out a flyer on Sullivan wouldn’t be all the crazy considering Barrera is somewhat of a live dog at +500 and above.

My Official Prediction is Gilberto Ramirez by Unanimous Decision.

Moving on to the co-main event pairing Jospeh Diaz Jr. and Javier Fortuna in what should turn out to be a sneaky good matchup. Diaz Jr. is coming off a disappointing result both in the ring and missing weight at the 130-pound division. It’s never a good look to move up from featherweight to junior lightweight for few fights only to lose his title on the scale. Inconsistent performances have plagued Diaz Jr. as it did in February in a majority-draw to Shavkatdzhon Rakhimov. Prior to that fight Jo Jo had put together his finest hour as a pro fighter in a convincing win over Tevin Farmer. That same guy will have to show up to get the win over Javier Fortuna.

Fortuna has some pretty good names on his resume Luis Franco, Bryan Vasquez, Jason Sosa, Omar Douglas, Robert Easter Jr., Adrian Granados, Jesus Quellar, and Sharif Bogere. Win, lose, or draw a boxer generally has to beat Fortuna he won’t just mentally give in. Javier fights out of a southpaw stance and has a bit of an awkward style. Not the greatest defender so he’s there to be hit especially during exchanges. That’s the thing though Fortuna can land his punches accurately at times and usually his best lands come via counter when his opponent is reaching.

Off the top of my head it’s a tad troubling Diaz is up at lightweight so soon but we do have to remember Fortuna fought at the 130-pound division as well. Javier Fortuna is a dangerous guy with speed and nice amount of pop so will need to see a 100% fully focused Diaz if he wants to win this one. When Diaz puts his combinations together he is the more complete fighter offensively. Varying up his attack whether hooks, straight lefts and of course his body punching. This boxing podcaster is betting on a bounce back and a fully motivated Diaz Jr. probably disappointed from his last fight result. It won’t come easy but Joseph will slowly but surely wear down Fortuna.

My Official Prediction is Joesph Diaz Jr. by Split-Decision.

Side Note: Keep an eye on Hector Tanajara Jr. as he takes on William Zepeda, plus Tsunami vs. Estrada and Fujioka vs. Urbina among others on the undercard.