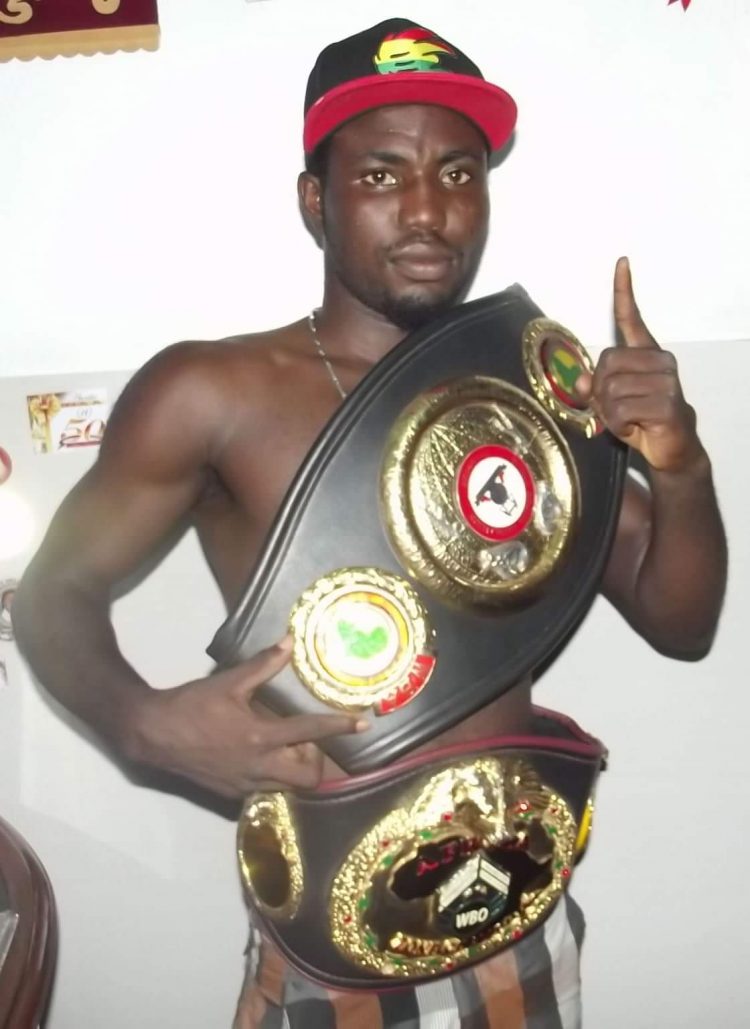 Ghana’s WBA number 3 rated super featherweight, Rafael Mensah whose only previous fight outside Ghana was when claiming a TKO victory over Sunday Ajayi in Coutonou, Benin in December 2011, will have the chance to fight outside Africa for the first time when he faces Fatiou Fassinou of Benin in the UK on March 18.

Also fighting on the same bill will be Ghana-based Nigerian, Abolaji Rasheed who challenges Sam Sheedy for the vacant Commonwealth Middleweight belt.

“It’s been a long time, almost six years in the game and I know it’s about time I hit the big time and take on the best boxers in my division,” Mensah said when we caught up with him at his training base in Accra.

“I know Fatiou to be a good boxer who will come out tough but I will be ready for whatever he throws at me and come out victorious,” he added.

“It’s not been easy rising through the ratings to get into my current position, the best thing I can do for my coach, manager and fans is to win for them and get closer to the world title. I ask all Ghanaians to remember me in their prayers,” Rafael Mensah concluded from the Ghana capital.