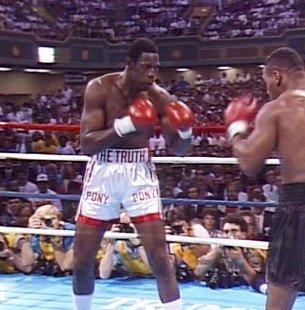 It was the Tyson fight of July 1989 that haunted Williams, however.

Decked by a hard left hook in the 1st-round, Williams, who had been taking the fight right to Tyson, beat the count but was deemed unable to carry on by referee Randy Neumann. To his dying day, “The Truth” insisted he could have carried on. Of course, we will never know.

A fine boxer, who also enjoyed a stellar amateur career, Williams retired with a 30-10(21) ledger. Carl boxed as a pro from January of 1982 to October of 1997. Condolences go out to his family and friends.