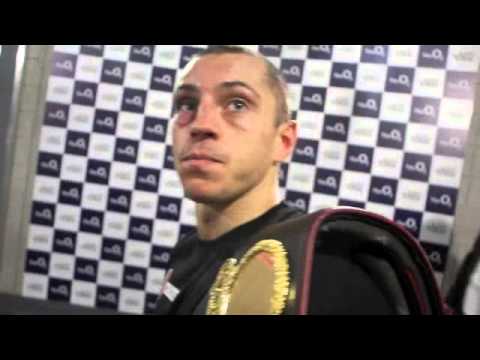 In a controversial ending the WBA super bantamweight bout between champion Scott Quigg (26-0-2, 19 KO’s) and Yoandris Salina (20-0-2, 13 KO’s) was scored as a draw tonight at the O2 Arena in London, UK. It was difficult to see what the judges saw in Salina’s performance because Quigg looked like a clear winner by at least 4 rounds possibly more. Salinas didn’t throw nearly enough punches to make the fight even.

Quigg really took the fight to Salinas after the first four rounds and punished him with head and body shots. Salinas did look good defensively, but he forgot about his offense for long stretches of the fight and it was difficult to give him a lot of rounds due to his lack of offensive output.

2012 super heavyweight Olympic Gold medalist Anthony Joshua (1-0, 1 KO’s) picked up his first victory of his career beat Emanuele Leo (8-1, 3 KO’s) by a 1st round knockout. Joshua knocked Leo down with a 4-punch combination when he had him against the ropes. The fight was stopped by the referee at 2:47 of the round.

Joshua, 6’6″, was lacking in the power department and his punches didn’t look as crisp as you’d like to see from a fighter carrying as much size and muscle as him. Joshua has the bodybuilder physique but his power wasn’t equal to the way his body looked. His hand speed wasn’t impressive. It took Joshua at least 12 solid shot against Leo to eventually get him out of there, and the punches didn’t look nearly as powerful as they should. Joshua has a good jab and left hook, but he needs to work on the power in a big way. 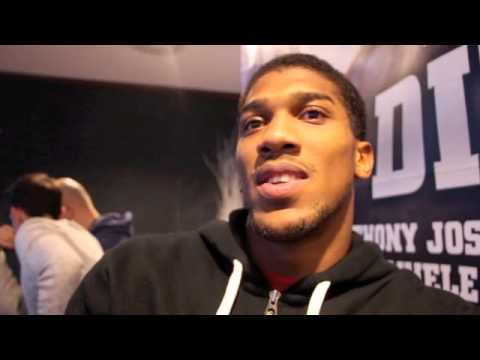 Lightweight Kevin Mitchell (35-2, 25 KO’s) looked good in defeating Marco Lopez (23-3, 14 KO’s) to capture the vacant IBF Intercontinental lightweight strap. Mitchell dropped Lopez in the 6th round with hard shot. The fight was then stopped at 1:44 of the round.

British/Commonwealth featherweight champion Lee Selby (17-1, 6 KO’s) defeated Ryan Walsh (16-1-1, 8 KO’s) by a lopsided 12 round unanimous decision. Selby dominated Walsh with his hard body and head shots, and did a great job of throwing combinations to wear Walsh down. The final judges 118-112, 118-12, 117-111. It’s time for Selby to step it up a level and start facing good opposition.

In other action tonight: