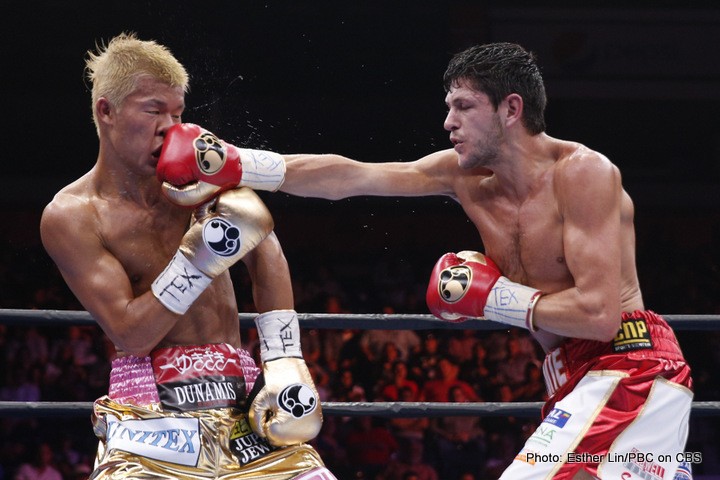 “I think it will be a fast-paced fight,” McDonnell said.

“I started too slowly last time and I don’t want that to happen again. I believe I will stop him late. I took him into the trenches last time but I didn’t put it on him enough.”

McDonnell was floored by a big overhand right in the 3rd that sent him down for the first time in his career, and it took a while to adjust to the fast hands and feet of the aggressive Japanese fighter they call “The little Mexican,” before settling to the task and gradually controlling the distance, imposing his greater size and mixing up his shots as he warmed to the task.

Many rounds, nonetheless, were extremely close.

“I think from round six on it was my fight (in May). I started too slowly but I worked hard and got the win.

“We knew he was going to be fast, but he’s the fastest I’ve faced. I got tagged with a right hand but I know what to expect now. I’ve sparred against a lad that throws his right hand like Kameda does so I know how to keep out of range for that.

“I feel I am hitting harder. I’ve been working on my power in the gym, and I feel it’s going to pay off.”

Many have questioned why McDonnell, as champion, would again go to Texas for the rematch against an Al Haymon fighter on the elusive advisor’s Premier Boxing Champions, although he recently stated that it is simply where the money is. Confident of victory regardless, given he knows what to expect now, who can blame him for making that choice?

“I think I will make a big statement. I have a great engine and I always come on strong in the back end of the fight,” the champion added.

McDonnell/Kameda 2 is a PBC on CBS card. (US). Sky Sports 1 will broadcast in the UK.