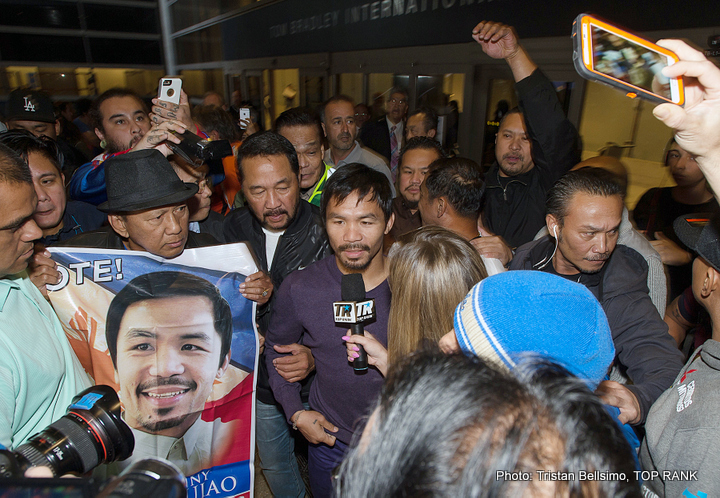 Is today’s bout against Timothy Bradley the last one for Manny Pacquiao? Will the conclusion to his career be celebrated tonight? Or will the boxing community be left with another default answer, suggesting nothing at all?

While his retirement is probably just around the corner, it is hard to say when that moment will actually arrive. Despite the fact that Pacquiao had admitted that his jetlag and training have become more difficult for him to adjust to, he did mention that come fight night, he always feels like his old self. Freddie Roach has also mentioned on numerous occasions that Manny has a few more fight left.

Tonight is the thin line between retirement and a continuation of Pacquiao’s already astonishing career. Will Manny fight again if he is unable to secure a victory over Bradley? Absolutely not.

This is a big fight for both men. Bradley’s stock has been on a downtrend lately, with very limited interest in what he will do next. Pacquiao, surprisingly, is in the same boat, as the enthusiasm associated with his name has diminished significantly. It almost seems like both Pacquiao and Bradley are steadily losing relevance in the sport of boxing, despite their impressive abilities and star studded resumes.

Will tonight be the recipe to bring them back to the top? A lackluster performance would most certainly dig a deep hole for both fighters, but this is not a likely situation when the styles seem to fit so well. Manny Pacquiao needs to be pegged against a rival that would be will trade, and Bradley, at least based on his last few performances, will gladly oblige.

There is definitely a somewhat reserved curiosity about tonight’s fight, despite it possibly being a farewell one for the Filipino sensation. Today, tonight, Timothy Bradley will have the chance to do something that no one else had the opportunity to do, and that is to retire Manny Pacquiao, and claim it all to himself.