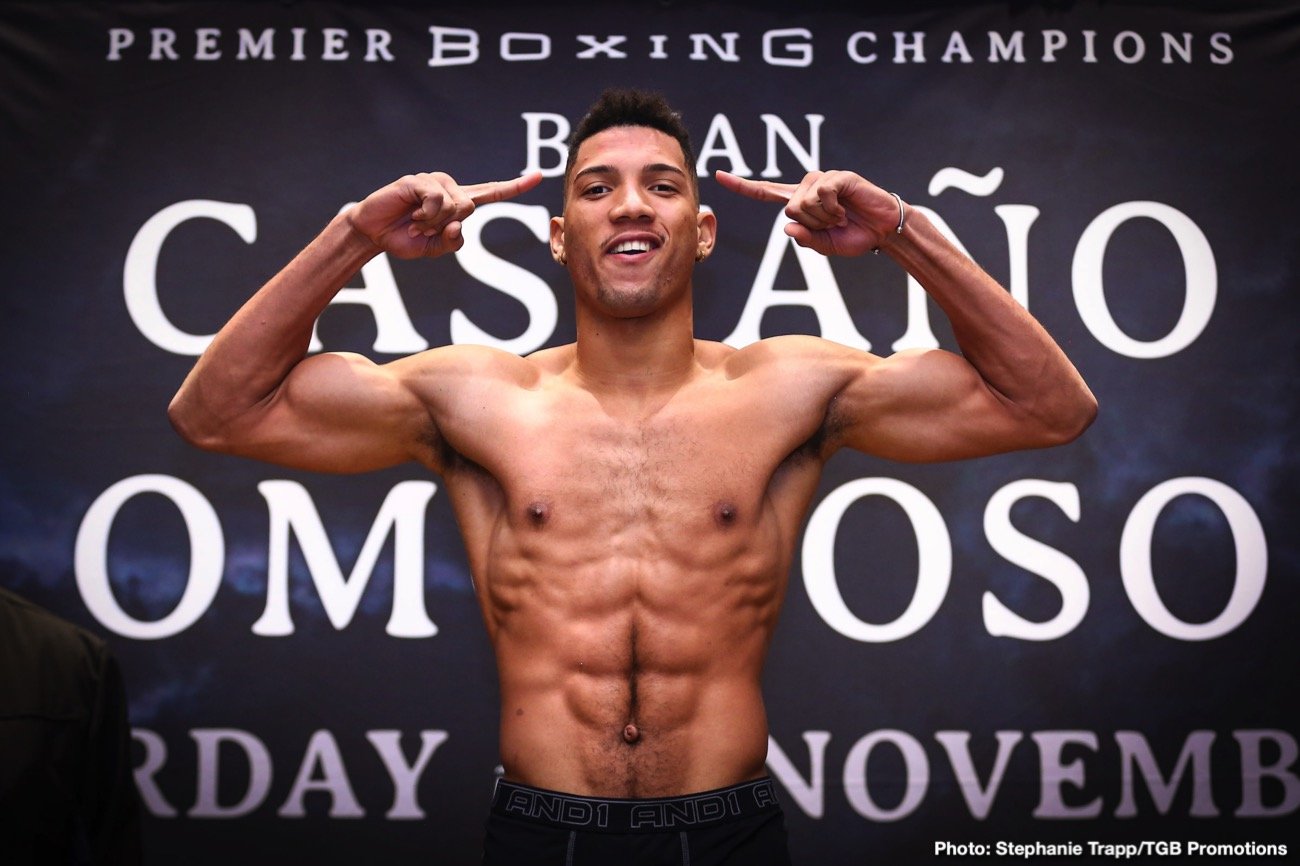 It’s only the interim WBA super-middleweight title he’ll be fighting for on Saturday night at the Microsoft Theatre in Los Angeles, but it will be some amazing achievement on the part of Osvary David Morrell if he is able to win the belt. The 22-year-old Cuban will be facing fellow unbeaten Lennox Allen for the belt, the bout just the third outing in the pro career of the Cuban who had had experts raving.

At 2-0(2), Morrell will, if he can take the interim WBA title, match Vasyl Lomachenko’s feat of winning a world title after just three pro bouts fought. From the time he signed with Warriors Boxing, big things were expected of southpaw Morrell. Morrell, who amassed a 130-2 amateur career and won a number of titles and trophies, caught the eye of Luis DeCubas:

“Most people who know Cuban boxing think this kid is the best to ever come out of Cuba,” DeCubas said last year. “I really believe he will take over the super-middleweight and light-heavyweight divisions. He’s special. He’s like a Lomachenko with power. He has perfect timing and great footwork and he can crack. He’s like a Sugar Ray Robinson type of fighter and he’s a nice-looking kid on top of it.”

Allen of Guyana, known as “2 Sharp,” is a good deal older than Morrell at age 35 and this has been one of the talking points of the upcoming fight. Both men are tall at over the 6’1” mark and both guys are slick, fast, and carry power. It should be quite a fight on Saturday night. Allen has sparred with the great Bernard Hopkins and big things are still expected of him; if not by as many people who are backing Morrell.

The knock-on Allen is lack of fights for such an advanced age, relatively speaking. Allen has endured layoffs and he actually had three years out of the sport before coming back in the summer of 2018. Has Allen – who had his debut way back in 2004, Morrell having his in August of last year – left it too late in fighting his first title shot? Will Allen be rusty on Saturday, having gone 18 months inactive since his last fight?

Saturday’s fight should have taken place a few months back, only for you know what to mess it up. Now, will Cuban sensation Morrell win and be on his way towards greatness? Or will Allen tear up that particular script?